Since I was able to fill up Shelf 1 with dolls pre-2006, I decided to see what I could do with dolls made with the original tall bodies (2006 - 2013).  These doll are still on those bodies because I like the clothing from that time period in Integrity Toys history.  I found it was easier to group dolls by years.  The second shelf of my cabinet will focus on Fashion Royalty dolls from 2006 - 2008 that are still on the original tall bodies.  I redressed several dolls because I was worried about staining from original ensembles or the they wore really big gowns. 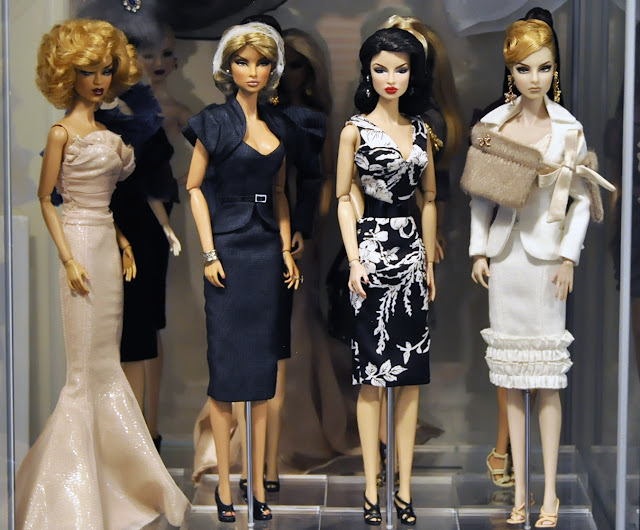 I only have three dolls still living here from 2006 that are on original bodies.  They are: 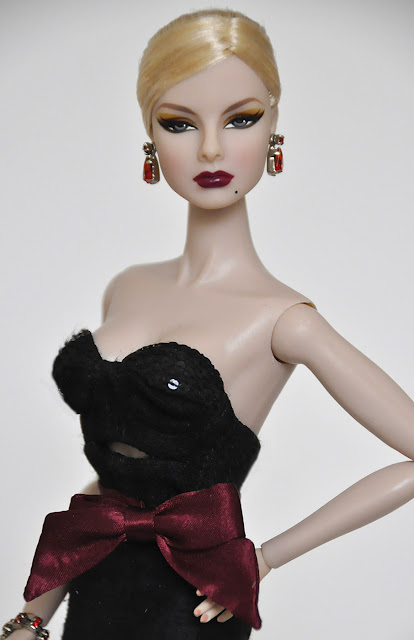 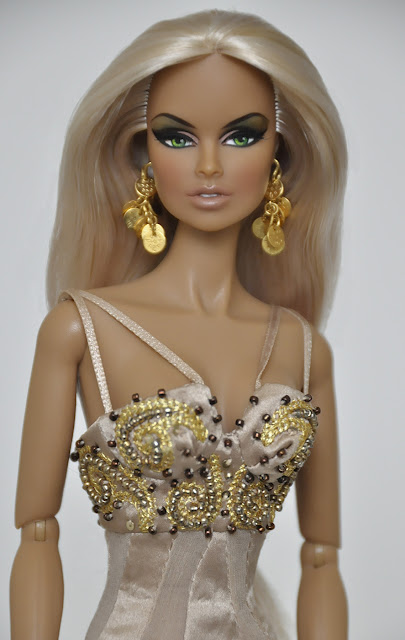 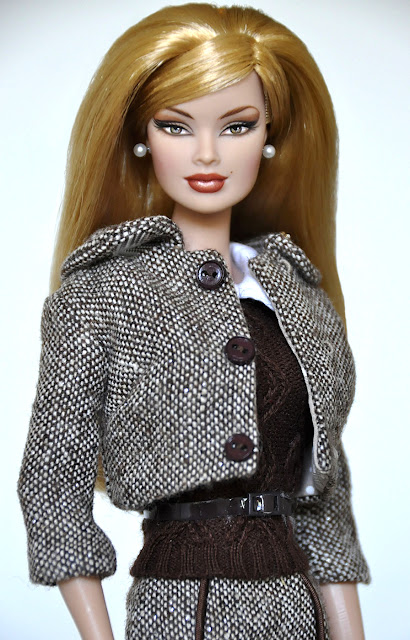 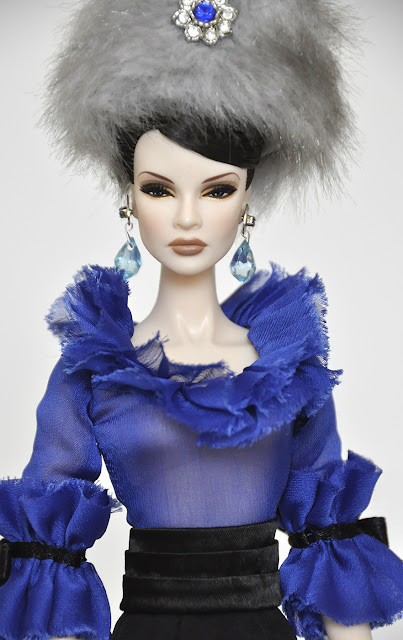 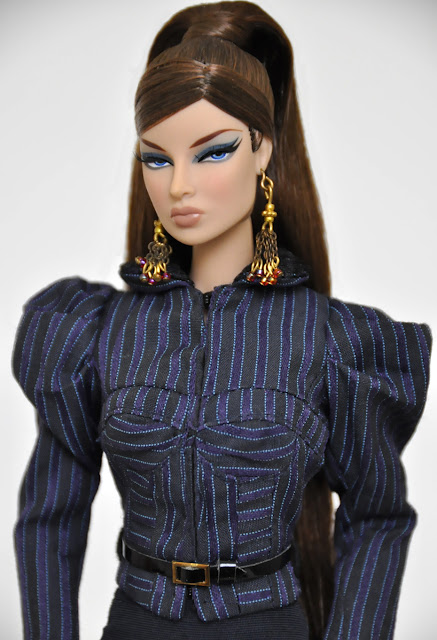 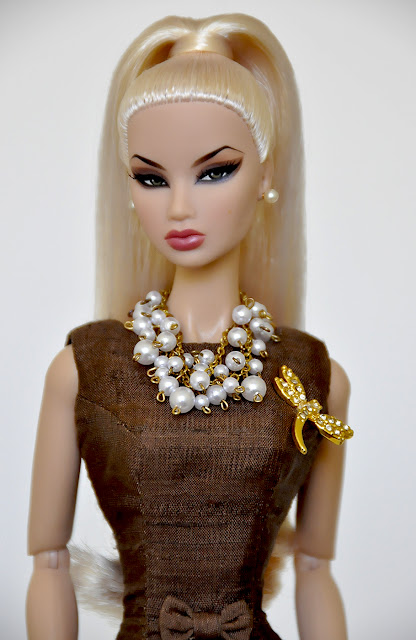 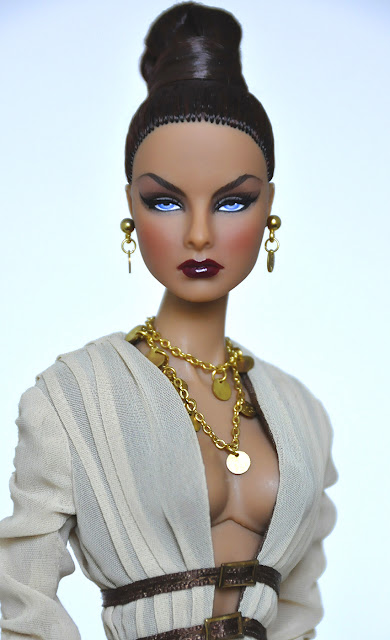 Front Row (These are four of my favorite IT dolls ever produced): 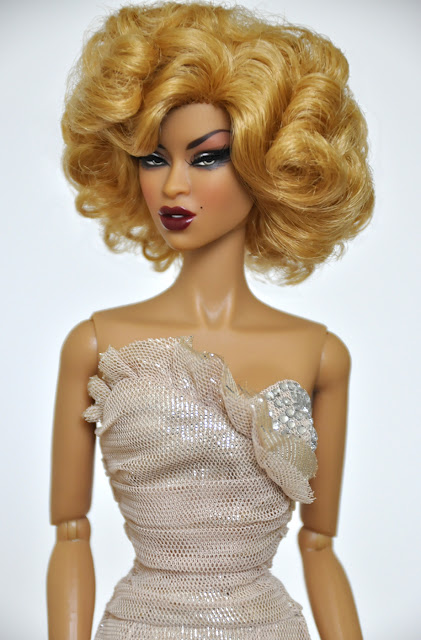 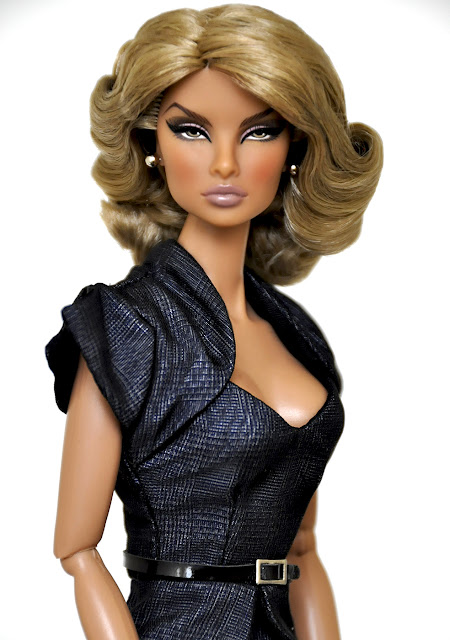 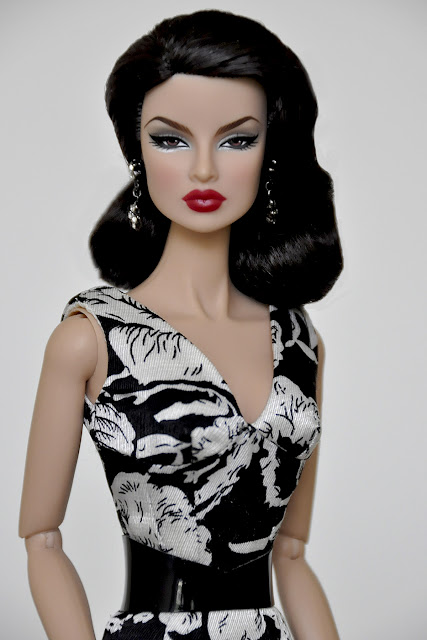 The Royal Weiss Agnes Von Weiss (2007) wearing Adele Makeda's Main Attitude (2012) - Thank you to a kind reader for helping me realize I got Splendid and Main Attitude confused. 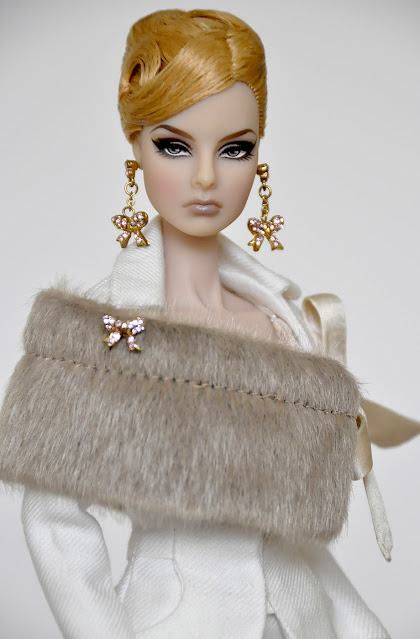 Beautiful! It's awesome to see your beautiful dolls together, and I can see why the front row are your favourites, such fabulous ladies!