"Out With the Old"

This was a very difficult blogpost for me.  It's a time of reflection.  A review of my life and collecting during 2010.

First, I believe that every ending leads to a new beginning.  Sometimes with promise and hope, sometimes with sadness and despair.

I said "goodbye" to my single life in 2010, but I am now married to a wonderful man who shares my life and loves me for who I am.  So, that was a good ending.

I also said "goodbye" to my mother in 2010.  She was diagnosed with cancer in August and passed on October 26.  I am still struggling with this tremendous loss and the grief is sometimes overwhelming.

In my dolly universe, 2010 will be known as "The Year of Joyful Play".   It was the year I discovered the Fashionista Body and learned how to switch heads between dolls.   I also discovered Dynamite Girls and found that their bodies could easily be used for Barbie skin tones not found in Fashionistas.  My friend and I joke that I am going to have to have a "Bastille Day Sale" for all of the heads I have just lying around.

... And 2010 was the year that Chaundra came into my dolly world.  She is the main character in "Robyne Town".  My favorite three "frankendolly" girls right now are shown below.

Lara, my first transplant, is a Model of the Moment "Pretty Young Thing" Marissa on a Fashionista Body. 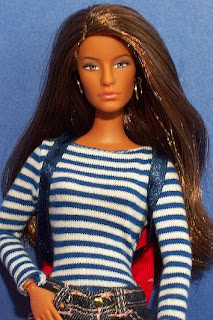 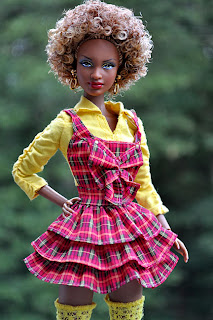 Carli is the Barbie Basic Denim #4 on a Fashionista Body. 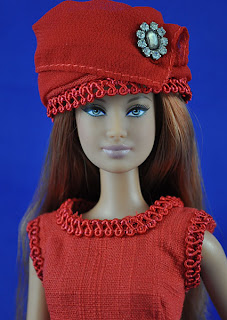 Taking these dolls and adding articulation has brought them to life.  Chaundra is my sassy girl.  Carli is my socialite.  Lara is just the peacemaker right now.

Here they are showing their "playability": 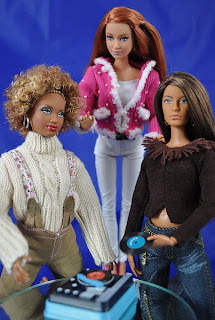 "What's that odd thing you have there?"  Carli peers at the table looking as if the item had a rotten smell.

Lara tries to make peace, again.  "It's a record player we found in my grandmother's attic.  You put these vinyl disks on this platform and when you turn it on, the platform spins.  Then you put this arm on the disk and music comes out this box.  It's fascinating."

"Really?"  Carli can't believe what she's hearing.  "Wouldn't it just be easier to dock your i-Pod?"

When I got married this year, I had to move my dolls into our new home.  My husband was awestruck when he asked, "Are all of these boxes dolls?"  I was a little embarrassed.  He made a very good point when he said, "Why don't you take the ones you love most out of the boxes and display them.  Any those you don't want out of the box, try to sell them." 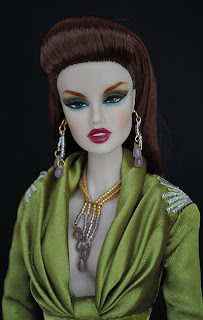 This leads me to my favorite dolls produced in 2010.  I discovered Dynamite Girls and opened a whole new can of worms.  Not only did I get Vinyl Vintage Sooki, I got Chill Factor Aria and Neve.  Then I had to get my favorite DG of all time Feelin' Fierce Jett.  (I'm sure there will be more DG's in my future.) 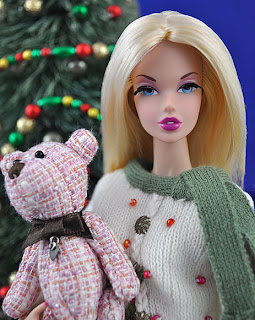 The line that impressed me the most this year from Integrity were the Nuface Girls.  I got all three:  Mais Oui Giselle, Great Pretender Lilith, and Perk Colette.  Integrity really did a fantastic job on this line. 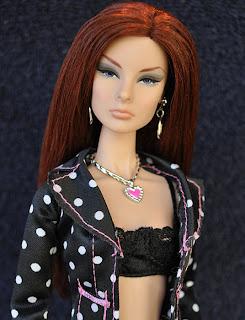 This leads me to my all-time favorite girls for 2010.  Without a doubt my favorite dolls this year were Smoke Screen Dania and Regal Estate Agnes.   I believe them both to be perfect in every way. 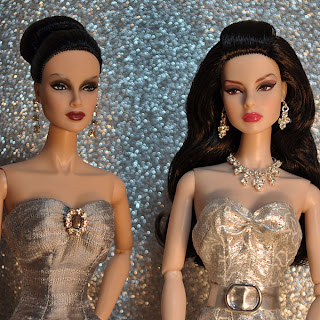 Well ... unfortunately, it seems that the number of dolls that came in last year was 19.  I'm not doing the math for my husband.  I'm sure glad I didn't marry an accountant.
Posted by Desperately Seeking Dolls at 9:06 PM 1 comment: