Waiting for the World To Change

This song has been running through my head recently.  I know many are waiting for changes in this world.  Some of these changes would be welcome, but there are a few recent changes in the doll world that have made me sad.

I am still uncertain about Integrity Toy's change to the body of their mainline dolls.   I am confused by what is going on at IT.  We're told the mainline body is retired but then we've been given new dolls this year with the original body.   The latest doll, Touch of Frost Eugenia, was released on the new FR2 body.  She was the last doll for W Club Members in 2013.  Here is her NRFB full length photo. 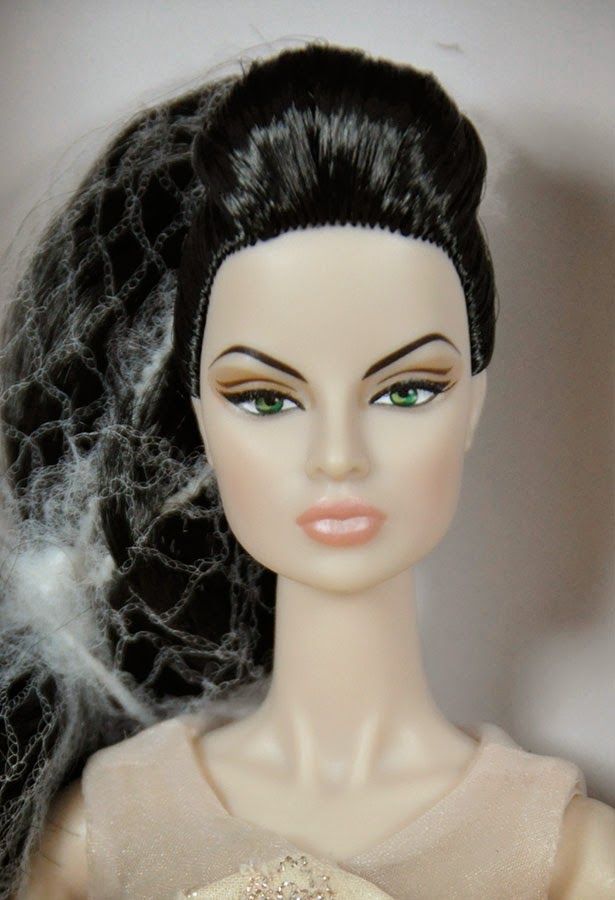 I can't make up my mind whether to keep her or sell her.  I still have Bittersweet Eugenia from the 2013 Convention in her box, and I plan to rebody her to an original body soon.  Integrity's change has rocked my doll world.

Members of the W Club will be given an exclusive preview of the 2014 Poppy and FR2 lines this afternoon.  I'm not sure what direction I will head with all of this.   As soon as we can share the information from the unveiling, I will post photos here and let you know what I think.

Another recent change that upset me was the closing of The Pink Parlour doll message board.  I was on this board in its early years when its was Vicky's.  It was how I was introduced to Fashion Royalty.  I had a doll entry in its Next Top Doll Contest.  KiKi got all the way to the top 8.  Is the end of The Pink Parlour a precursor to the end of my collecting new FR dolls on the FR2 bodies?  Sigh …


Posted by Desperately Seeking Dolls at 9:04 AM 3 comments: