This past week I had a couple "snow days" from school.  On the second day, I was beginning to experience cabin fever and had to do something to take my mind off being locked up in the house.  I decided to revisit a doll line that has been really neglected lately.

The second Integrity line that I ventured into was Misaki.  2006 was a very good year for these dolls.  I remember seeing photos of Honey Harajuku and falling completely in love with this doll.  Honey has had many story lines and photos during the past 8 years.   She is the exception to my rule about stray hair.  Somehow, I just don't care with her.  She is just so stinking adorable! 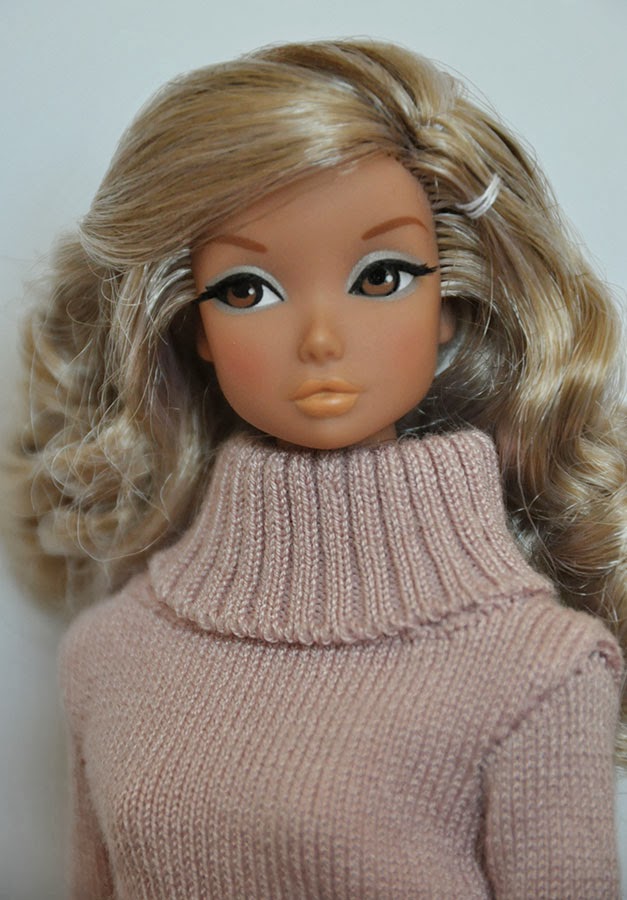 Honey has two other friends who have been with her since the beginning.  They are Perfect in Paris: 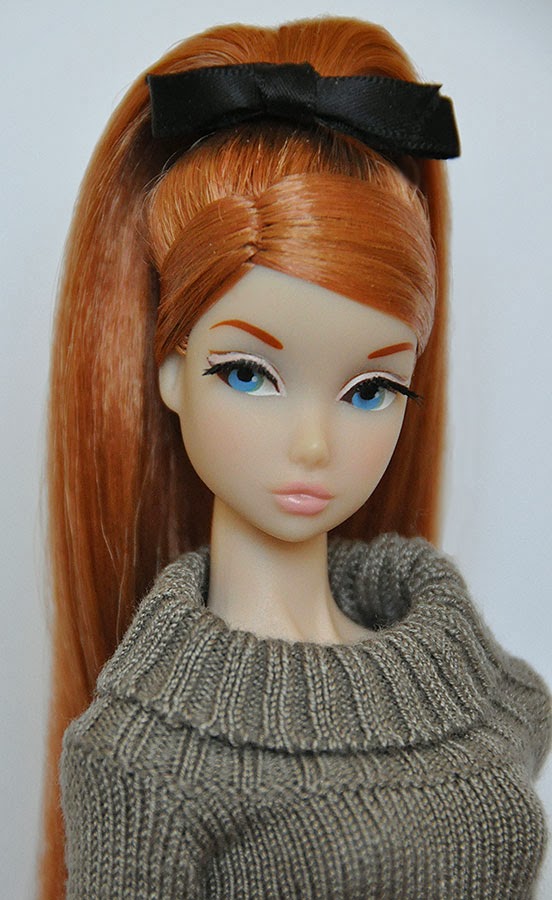 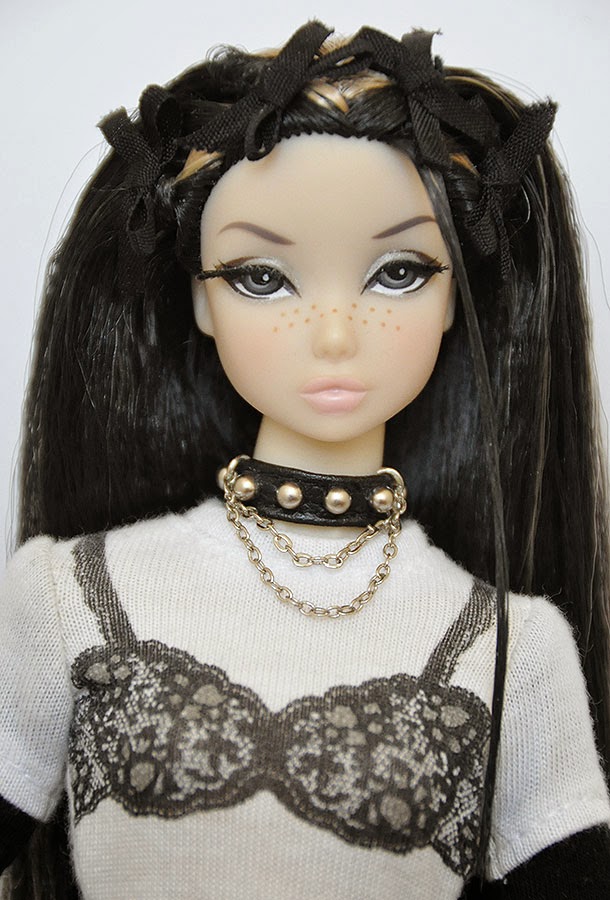 In my "doll world", these three are roommates and share a loft in Europe while studying abroad.  I have several other Misaki dolls that are still in their boxes.  Over the years, I have sold a few and really regret it now.  Below is the rest of my collection:

Unfortunately, I believe Misaki suffered from the introduction of Poppy Parker.  This may be one reason I withhold affection from that line.  Poppy has the same body, and the two lines can share clothing and shoes.  Since Poppy premiered, her popularity has completely overshadowed Misaki.

There have been very few Misaki dolls released since 2008.  There were none in 2012 and only two in 2013.  The line seems to have been pushed aside.

Playing with my Misaki girls made me reminisce about other Integrity Lines that have "bit the dust".   Here is the list I came up with:

I would add FR to the list, but Integrity Toys just released a notice introducing a new ITBE line which has two "retired" FR molds on FR bodies.  There is another FR mold on a Monogram body.  I'm getting very confused by all of this.  Retired?  Not Retired?

I decided to redress a "retired" FR doll whose face mold has been already been "refreshed" twice.  Here is Poesie Sans Coleur Vanessa. 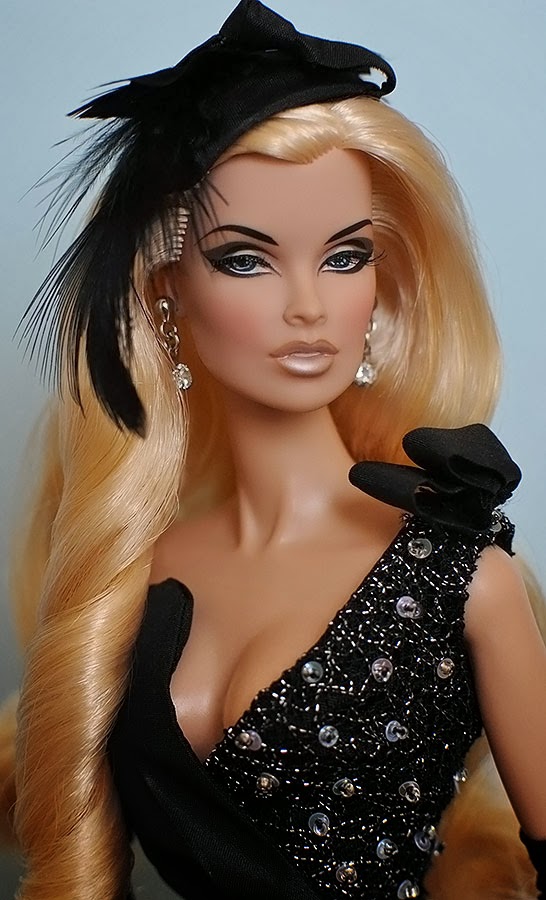 This is a perfect example of "If it's not broken, don't fix it."  Who would retire a mold that could produce something so beautiful?   I just hope the future is brighter for Misaki.

Who Wears It Best?

I'm not sure why I am in such a nostalgic mood lately, but I can't stop playing with my vintage clothing items.  Those who have been collecting for a long time realize the effects of the Barbie Reproduction Line on vintage.  Between Mattel's re-issue of some very desirable and rare vintage items and the new role the internet plays in a collector's hunt for finding items, the value of many vintage items have plummeted.

I can remember as a collector in the 1980's seeing the simple sheaths in this blog going for over $100.   I've bought a couple mint ones recently on e-bay for less than $20.

Although I have several vintage Barbies, I don't like redressing them often; I am afraid of damaging them.  I am also very careful with some of the harder to find outfits.   I think that is why I enjoy my IT dolls so much.

After my last blog entry, I was thinking about how different IT lines looked in Vintage clothing.   "It's too bad I don't have several of the same outfit to take a photo of the different dolls together," I mused.

Then it came to me.  I have several sheaths which have the same cut.  So here we go! 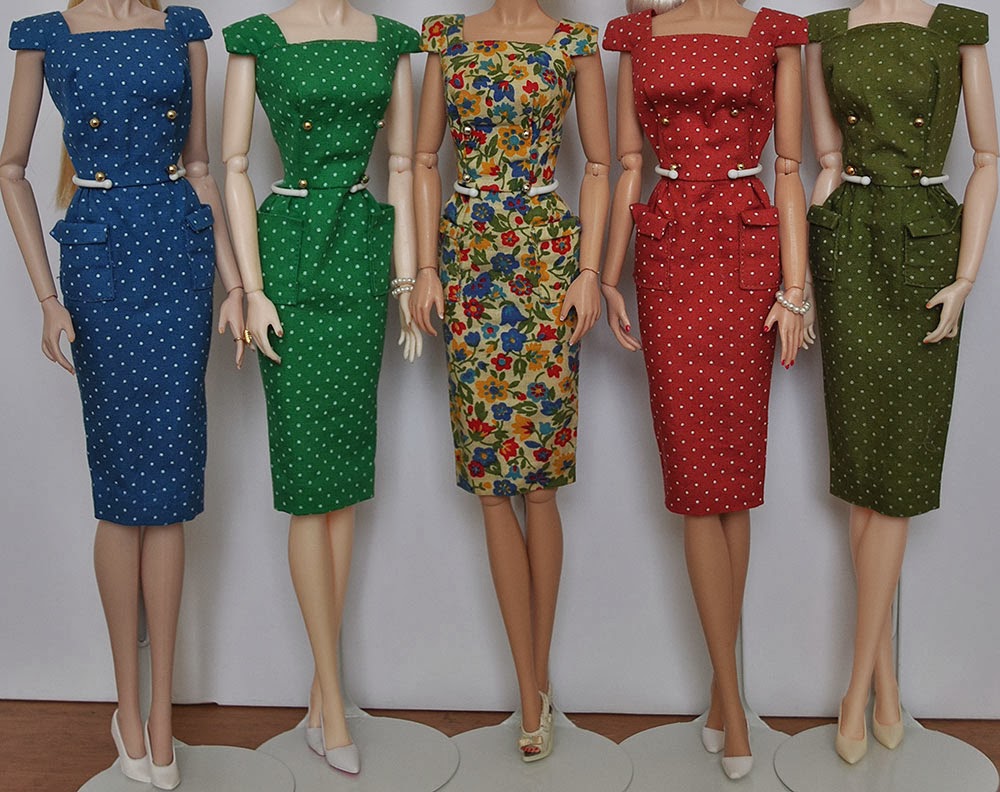 While redressing, I found that he FR body actually looks the best, but is closely followed by the Victoire Roux.   The Monogram and FR2 bodies were actually quite similar in the dress.  I was very surprised to find that the dress fit the FR2 body as well as it did.  I had to pull the dress on the NuFace out a little to help in the bust area.  It was just way too loose.  I'm sure the NuFace would wear Francie clothing better.

What do you think?

Here is the photo with the heads.   I think they all look very lovely. 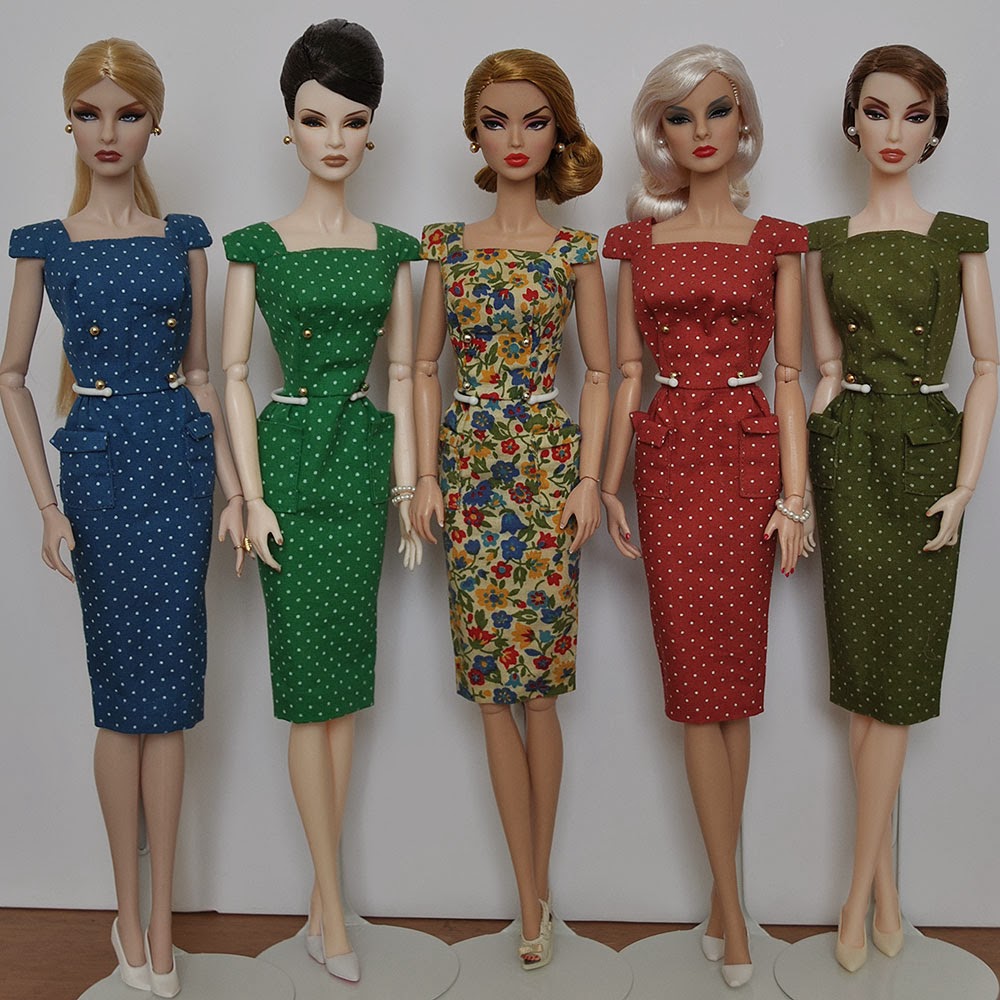 BTW - this blog post comes to you compliments of Atlanta School Closings today.  This morning they announced that some poor souls had spent upwards of 18 hours trying to get home yesterday afternoon.   There were students and teachers who spent the night in local schools.  Gas stations, restaurants, and grocery stores stayed open for stranded motorists - many of them sleeping on the floors!
Posted by Desperately Seeking Dolls at 12:49 PM 5 comments:

After I fixed the vintage fur hat last week using the bread tie wire, it renewed my interest in my Vintage Barbie clothing.   Unfortunately, there are few IT lines that can successfully wear Vintage Barbie.   Arms and legs are usually too long.  The original FR dolls using the first three body generations wore these clothes beautifully.  As bodies become brittle or discolored, the fun of redressing these dolls is over.

My photoshoot with the Stage Diorama reminded me that there was one IT line that looks great in most Vintage Barbie - Victoire Roux.

I jumped on the Victoire bus the minute it pulled into the station.   Victoire was released to attendees of the 2011 IT Convention as an Integrity-Direct Exclusive.

The doll released at the 2011 Convention was Faubourg Saint Honore.  For me, it was love at first sight.  I was lucky to buy one of the "left over" dolls from Integrity.

At the 2011 IT Convention, they also offered a separate outfit called Avenue Montaigne.

This was a no-brainer.  The checkout system was acting up, so I wound up with two of these.  I sold one at cost to another collector.   Victoire's clothing is being designed by the incredibly talented Chris Stoeckel who really knows his vintage! 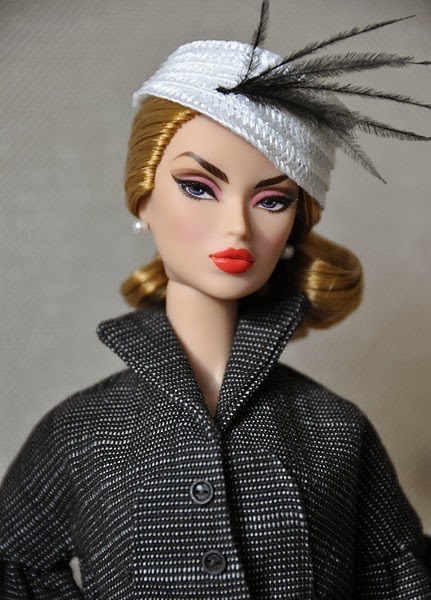 This outfit reminds me of Aperitif at the Balthazar - an earlier IT ensemble designed for the shorter dolls. 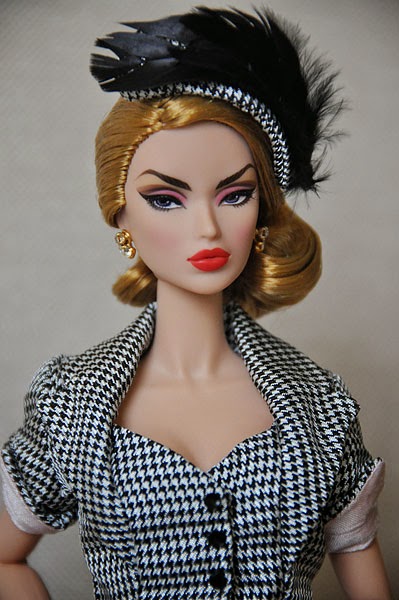 I am fortunate to have all Victoire dolls produced so far.  Fortunately for me, there have only been nine.  None of them have been available through retail.  Here is reference card for anyone interested. 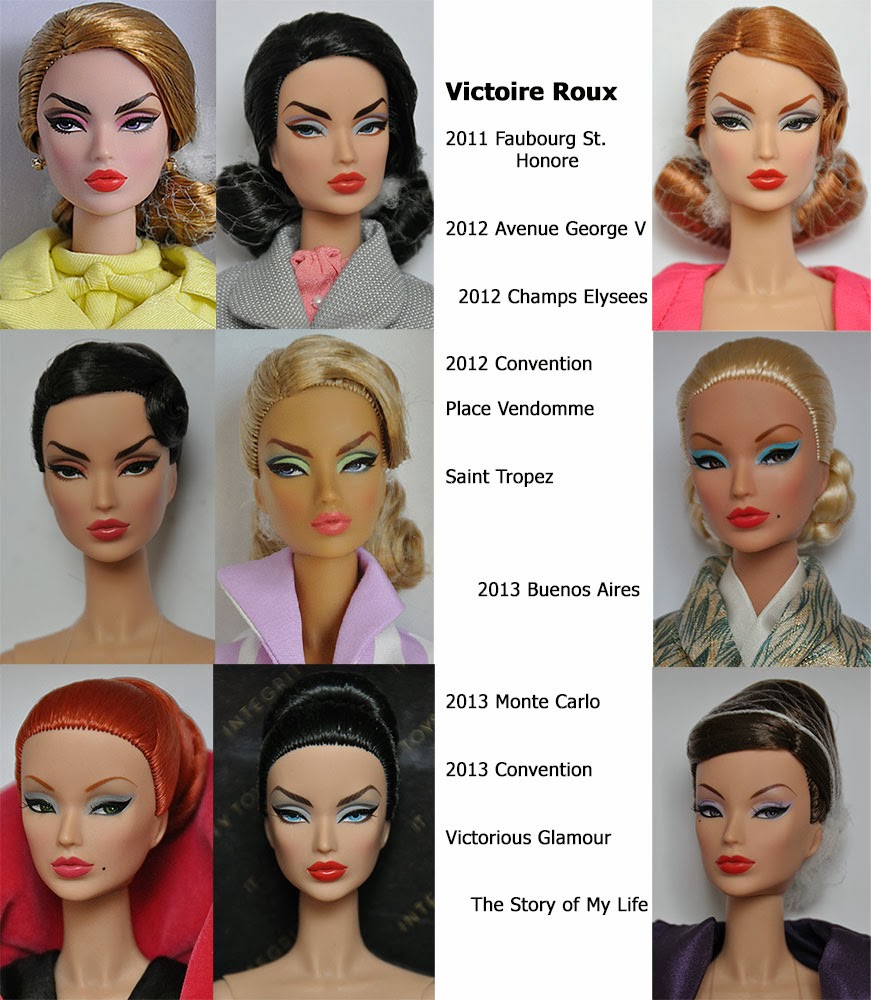 This is a photo I took at the 2012 Convention of Place Vendome displayed.  Just look at the attention to detail - IT truly at its finest.

Attendees at the 2013 W Club luncheon received a lovely ensemble, Night at Ciro's, as a complimentary gift for their $45 luncheon fee.  This photo is property of Integrity Toys.  I haven't put this ensemble on a doll yet. 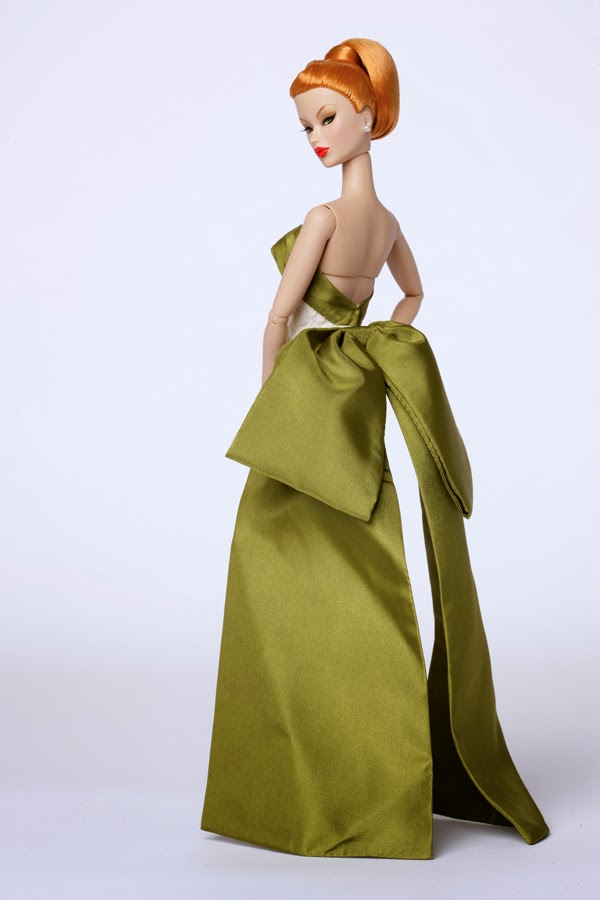 Not only can Victoire wear earlier IT clothing and silkstone ensembles, she looks beautiful in Vintage Barbie.   Here is full shot of her wearing Saturday Matinee.  This is one of my very favorite Vintage outfits.   I added the feather to the hat and the gold belt.

I am totally in love with this look. 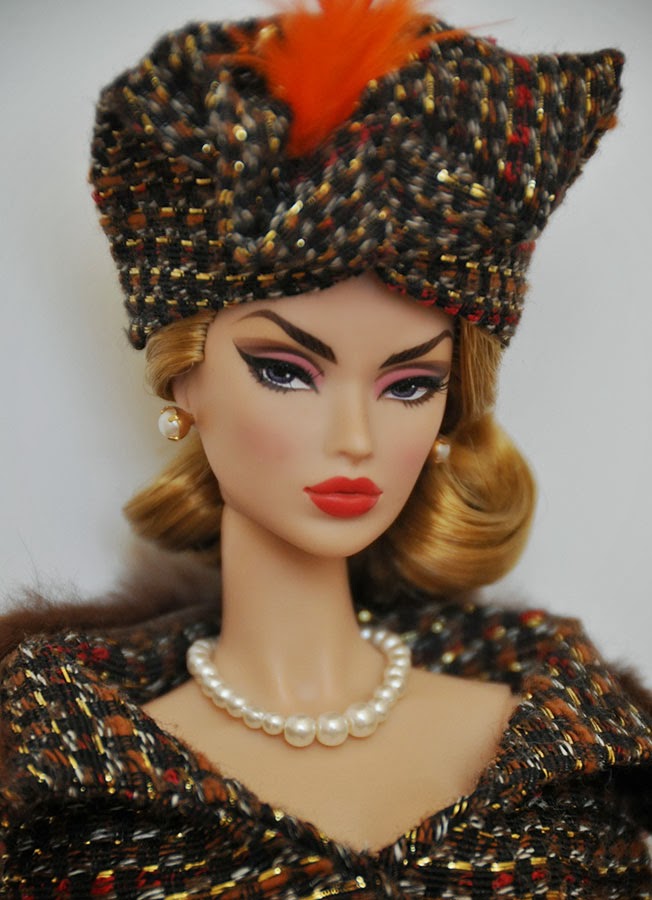 I am finding so much enjoyment with this doll.   Most of my Victoire collection is still in their boxes because I am hoping to get a special display cabinet just for them.   Until then, Faubourg and St. Tropez are getting an unusual amount of attention.