I was originally going to name this post "One Bad Apple Don't Spoil The Whole Bunch", but I'll get to that later.

As we all know, I've been trying my best to stick to New Year's Resolutions this year.  There have been two that keep haunting my collecting habits.  One is "That for every new doll I add to my collection, a doll must leave."

I was doing very well with this.  This year I have sold eight of my silkstones.  They are getting down to the final favorites who simply refuse to leave:  Dusk to Dawn, High Tea and Savories, Fashion Editor, Muffy Roberts, Lingerie #4, Lingerie #5, Market Day, Tweed Indeed, Ingenue, Highland Fling, and Cappucine.  Still quite an army! 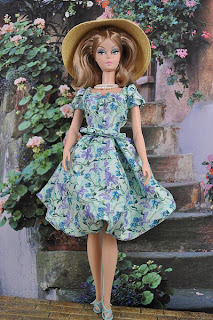 For those of you counting, this year I have added the following dolls to my collection: 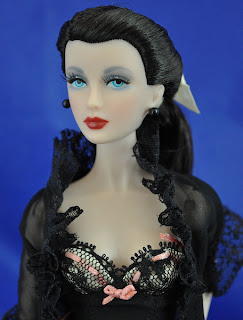 I have been accused of carrying my Carol Roth doll to bed with me because I love this doll so much.  Since her arrival, I have received 3 additional dolls.  They were all pre-orders that have finally started arriving. 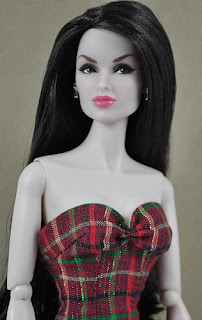 I feel like my intense happiness with Carol Roth has jaded my expectations on these other dolls.  First up is the Monogram Discreet.   When I got this doll, I was disappointed.  She is similar in coloring to Brilliance, which I already own.  Additionally, I felt like her head was a different color than her body ... but not by much.   Now, the crazy thing is that it doesn't show up in photos taken in my light tent.  I am not going to debox her because she will be going up for sale in the near future. 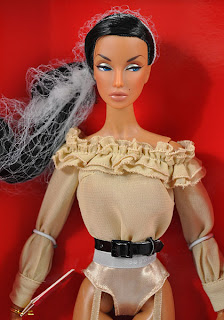 Next up is the first FR2 doll I've ever owned.  I ordered Flawless Elise.  Never has there been a more ironic name given to a doll.   Integrity had advertised the FR2 line as a return to quality.  Many of these dolls arrived to collectors with chopped up bangs, unbalanced buns, and an obvious color difference between body and head.  You can see the difference in my photo.   I filed a complaint with customer care.  They asked that I mail the head back by heating it and removing it from the body.  When I heated the head, the eyelash came off!  Anyway, I am awaiting the replacement head.  (About 4 - 5 weeks) 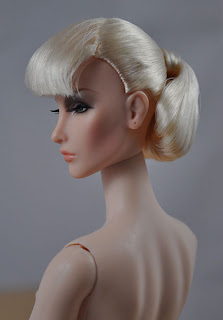 I was very excited about this doll because she is quite beautiful and haute couture.  When the initial announcement was posted, I was reluctant but refused to follow my "gut instincts".  I think "gut instincts" will be the topic of another blog.  This is the doll that almost caused the blog title "One Bad Apple ...."   It was not a good doll collecting experience.

The last doll to arrive was Modern Comeback Vero (Noir).   You had to enter a lottery to win the opportunity to purchase either a platinum or raven haired version of this doll.  I won the right to purchase the raven version.  I really LIKE this doll.  She reminds me of Linda Carter.  I even posted on the W Club that I was waiting for someone to put her in the Wonder Woman Costume.  They did and she looks super!  (No pun attended.) 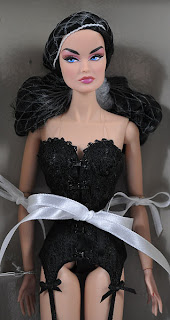 Unfortunately, she reminds me a great deal of Flame Rouge which is anoter doll I have and LOVE.  I'm not too crazy about Noir's eyes or lack of eyelashes.  HOWEVER, she photographs like a dream.  I need to decide what to do about her.  Does she stay or does she go?  If she stays, she comes out of the box. 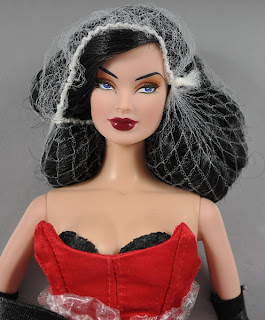 Since we are undoubtedly keeping tally at this point, it is obvious that I am tottering on the edge of having to sell more dolls.   I have six out of box (if you include Elise).  If I keep Noir that is seven.  I Love How You Love Me Poppy is due next week.   What a delimma!?

Now ... I am adding this doll as an "after-thought" to my list.  I already owned Age of Oppulence Isha, but I recently purchased a tall Rare Find body for her off the doll boards.  I panicked when Integrity announced that skin tone was discontinued.  I have had AO for many years and have been waiting to up grade her body.  I was glad to find a body at a good price.  She is lovely.  She will reside on my shelf of 2011 acquired dolls, but only because she received an upgrade body.  (Isn't it remarkable how I can justify purchases!  It mesmerizes my husband.) 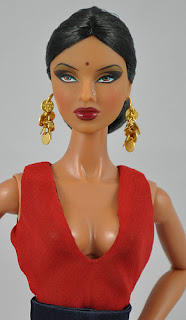