You Gotta Have Friends

The best part of any collecting community is the connection with other collectors.  I have been very fortunate to make several friends through the doll boards and this blog.  Recently, a collector was downsizing her collection and selling many outfits.  She listed a nemesis of mine, "I Get A Kick Out of You" by Randall Craig.  This fashion sold out quickly when it was released and I have watched for it over the last few years.  I seem to always miss it, including this time around.

If you follow the different collecting forums, you are probably familiar with Doll Divas.  Val is one of the moderators of this message board and is one of the kindest people anyone could ever hope to cross paths with.   She saw my post and responded, "Anyone who wants something that badly, should have it."   She sold her's to me at the same price as the one in the message.  WOW!  I am so touched by this.

My outfit arrived safely yesterday, and I redressed the doll I had always envisioned wearing it, The Muse Adele.  (The hat is from A Quality Woman, shoes from Pencil Me In Eugenia, jewelry is FR as is the clutch.)

I love this outfit.   I am so happy to finally own it, and I owe a deep, heartfelt, thank you to Val. 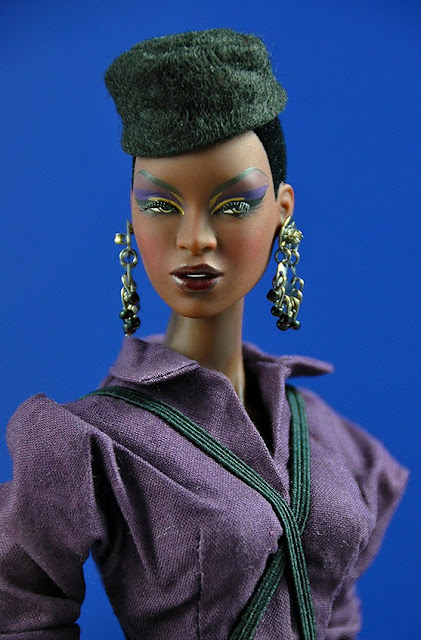 This has been a rough summer.  My mother-in-law has pulmonary fibrosis that has flared up again.  We've spent a lot of time at doctor's offices and at the hospital.  Our assistant principal at school was in a freak accident and passed away.  Her funeral was last weekend.  School had just started back, and I found out that my department had been cut back to just one teacher - me. 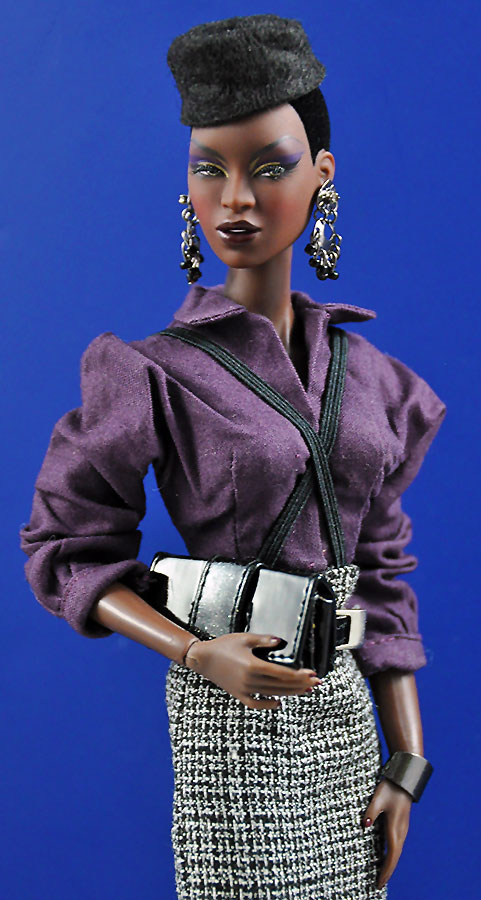 So, Val, whether you realize it or not, this was a very bright spot in my summer.  I appreciate you more than I can convey.  Thank you.
Posted by Desperately Seeking Dolls at 2:01 PM 8 comments:

"You Ain't Getting My Body!"

So far, I have reviewed two of the dolls from this year's Classics Line.   It's now time to move on to #3, Ambitious Kesenia.   I was not a fan of this mold until last year's Your Kind of Model opened my eyes to her potential.  I then purchased Long Cool Woman Kesenia from the 2012 IFDC line and Follow The Line Kesenia from the 2011 mainline.   (Both are highlighted in previous blogs.)

This summer I blogged about raven-haired dolls with red lips.  Ambitious Kesenia would fit in beautifully with the 2013 IFDC lineup.  (Even though her lips tend to be orangey-red).  Here she is presented in the box:

Although the light weight jacket is well made, it hides the cut of this beautiful dress. 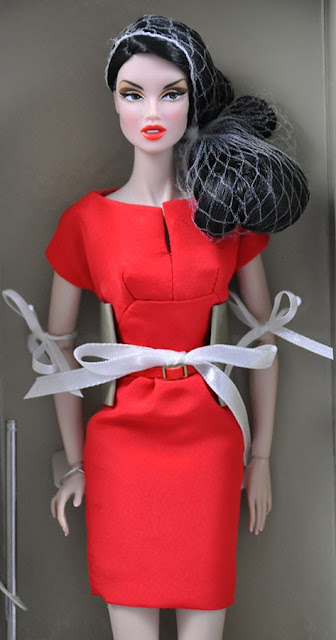 And here is a closeup of her face.  There have been A LOT of comments among collectors that this doll's eye screening has been all over the place.  I don't readily see a big problem with my doll's eyes. 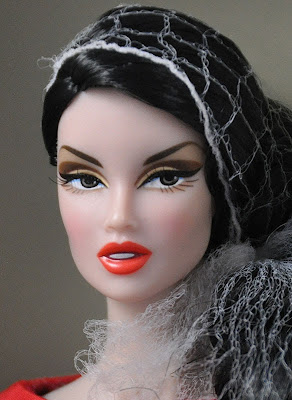 The accessories are wonderful.  I totally LOVE these shoes.  The accessories this year have been some of the best packaged accessories ever presented with dolls, so a big "Kudos" goes to Integrity Toys for that! 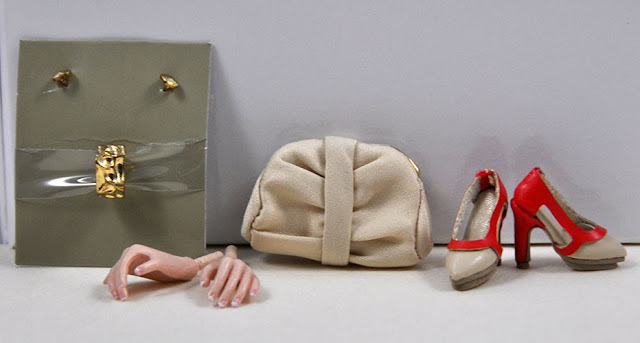 Here is a full length photo of Ambitious Kesenia out of the box.  (I loved the dress so much, she is not wearing the light weight jacket she came with.) 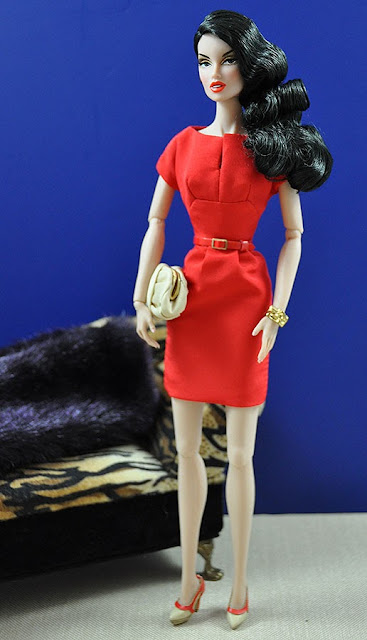 And another closeup of her beautiful face.  She has very luxurious hair.  It's almost like Veronica Lake and Jane Russell had a love child. 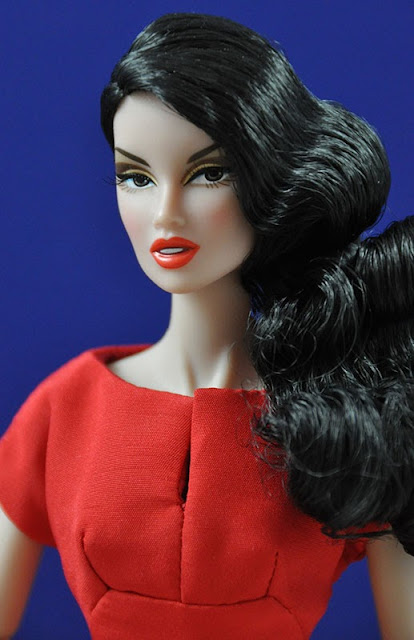 The skintone on this doll is the "Japan" skintone and appears to look very close to the "Japan" skin tone  produced so far.  I have a few replacement Japan skintone bodies, so Ambitious will be standing beautifully on a shelf.   We won't be donating that body any time soon.  For some reason, she doesn't look as bad without the lower eye liner as Captivating Anja.  The makeup is well presented.  She's a very lovely doll.  A keeper!