I've sold several dolls recently.  Sometimes there are difficult decisions.  Unfortunately, due to pre-orders and some great deals recently on the internet, I still have dolls coming in to replace those leaving.  Last weekend after signing for a package, my husband asked me, "I thought you were trying to lower your numbers and get your collection more manageable?"

I thought about this for a minute.  Then I realized -I am actually refining my collection.  The dolls that have been leaving are dolls that either look similar to other dolls in my collection or are from molds for which I have better examples.  Doll collecting is very personal.  Maybe a doll that I don't care for is someone else's favorite doll.  I would rather a collector who loves a doll have it than it be pushed into the back of the shelf at my house and never getting redressed.

This brings me to my latest acquisition.  Another doll from my list of "Five Dolls I Want to Add to My Collection" has arrived.  She is Dark Romance Giselle from the 2010 Integrity Convention.  (You may remember in previous blogs that I had purchased this doll before, but she came with a wonky eye and was returned.) 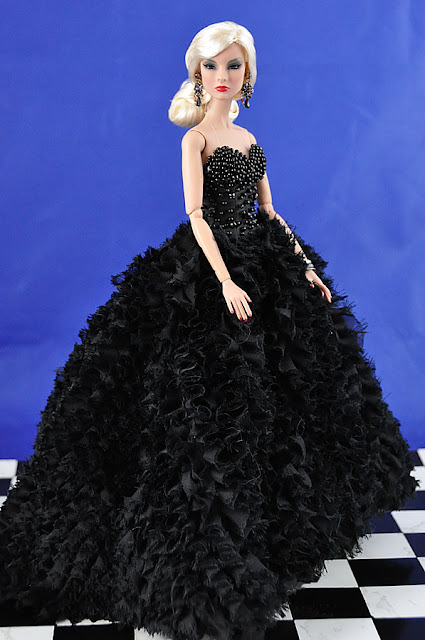 Just look at this incredible gown!  This doll was purchased from my table host at the 2012 Convention, Veronica.  Veronica is a wonderful collector and friend, and we have very similar aesthetics.  I asked her about this doll's faceup and she told me that she would keep her, but she already had another one.   Just look at this awesome faceup! 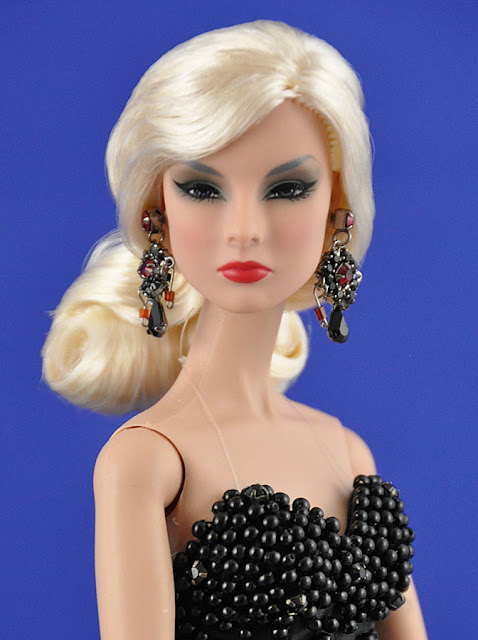 When I took the jewelry out, I realized that one of the beads was missing.  It probably fell off somewhere in my house!  So, I went to Hobby Lobby searching for a similar red bead.  Instead, I found these aweseome bracelet beads with holes big enough to fit FR doll's wrists!!! 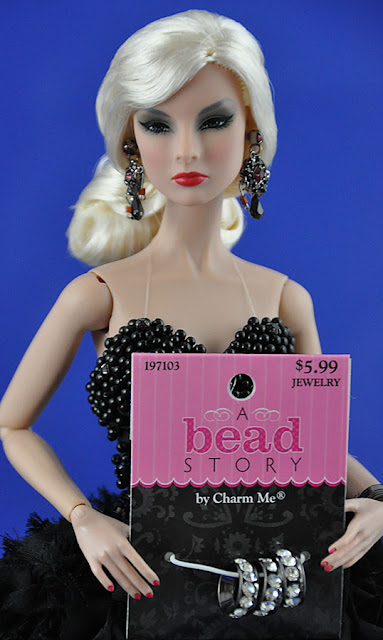 Here is Giselle modeling the bracelets.  Aren't they great.  You can get an electronic coupon and get them super cheap!  (Even at $5.99 that's a great price for three rhinestone bracelets!) 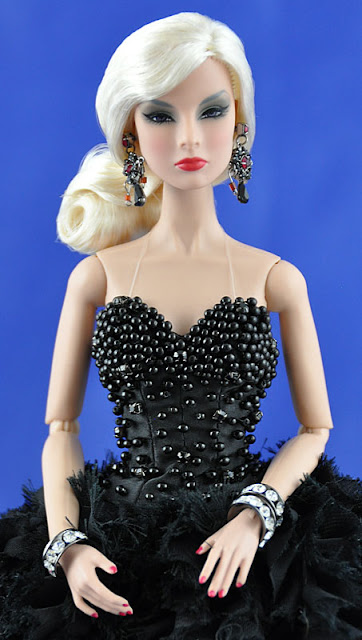 I decided to redress Ms. Giselle - here she is wearing the Flawless Elise LBD.  It looks fantastic one her. 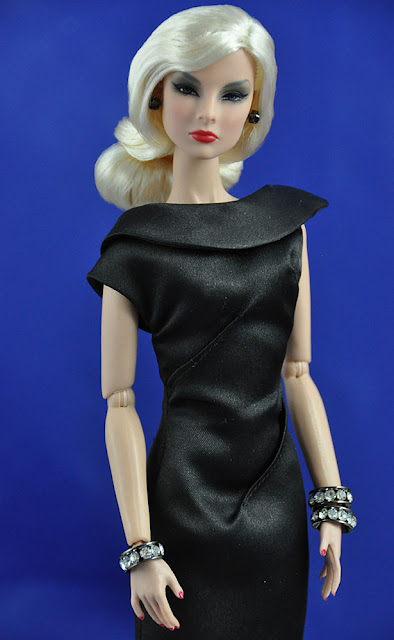 She definitely seems a little more mature than other Giselle's.  Another closeup of this face- I can't get enough of it! 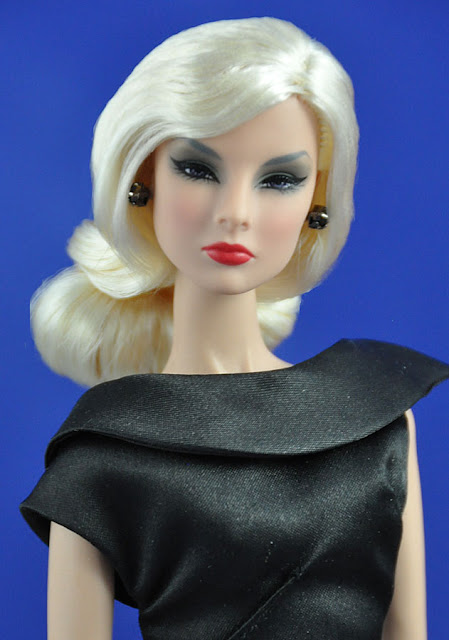 This afternoon is Integrity Toy's second "reveal" of their 2013 lines.  Since Dark Romance was already dressed up, I decided to get out two other favorite Giselles.  (As much as I LOVE Costume Drama, it appears that I prefer my Giselles with smoky eyeshadow and red lips!) 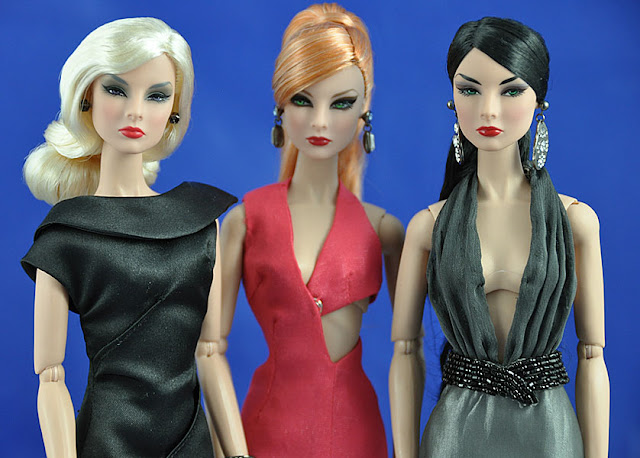 Now ... let's see ... I believe there is a slot open in my list of "Five Dolls To Add To My Collection".
Posted by Desperately Seeking Dolls at 9:46 AM 1 comment: