Integrity Toys shared official photos of the mainline dolls from the Gloss Convention recently with W Club members.  I have to admit that I was a young adult in the 1970's and definitely remember these styles.  For me, personally, this was not a time of fashion at its best, and I am not a fan of any of these ensembles.  Everything in the 1970's was excessive.

First, we have Nocturnal Glow Veronique Perrin.  I love her hair and face-up, even though I don't like the side-glance of her eyes.  She's a nice doll that should redress well.   She reminds me of Style Counsel Veronique from 2011.  The dress is a hot mess. 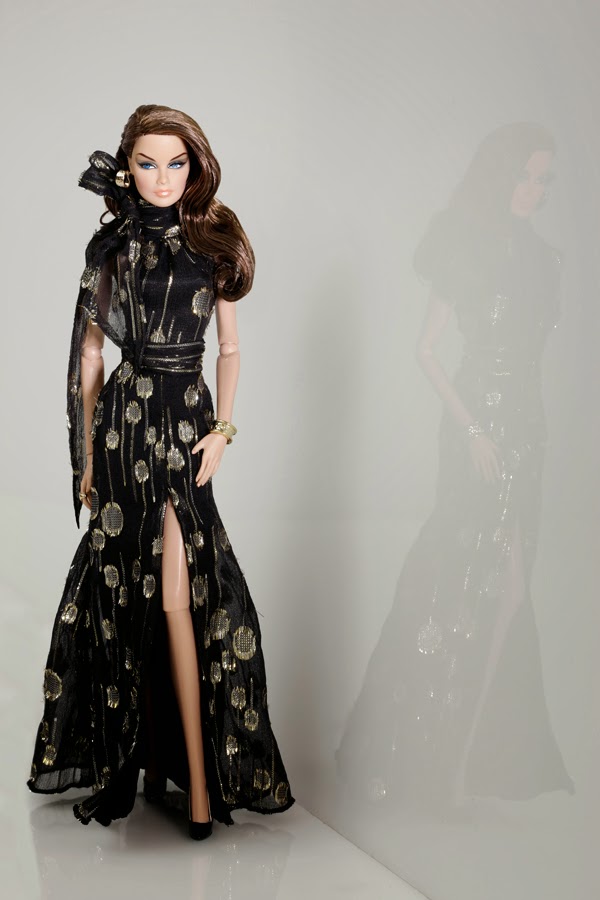 Next, is Grandiose Natalia Fatale.   Another sad disco dress that should remain a distant memory - obviously Halston-inspired. This doll reminds me of earlier versions of Natalia (specifically 2008 Hot Property, and 2012 Ready to Dare and Sweet Victory), so she's not a doll I need to add to my collection.  She has a beautiful face-up though. 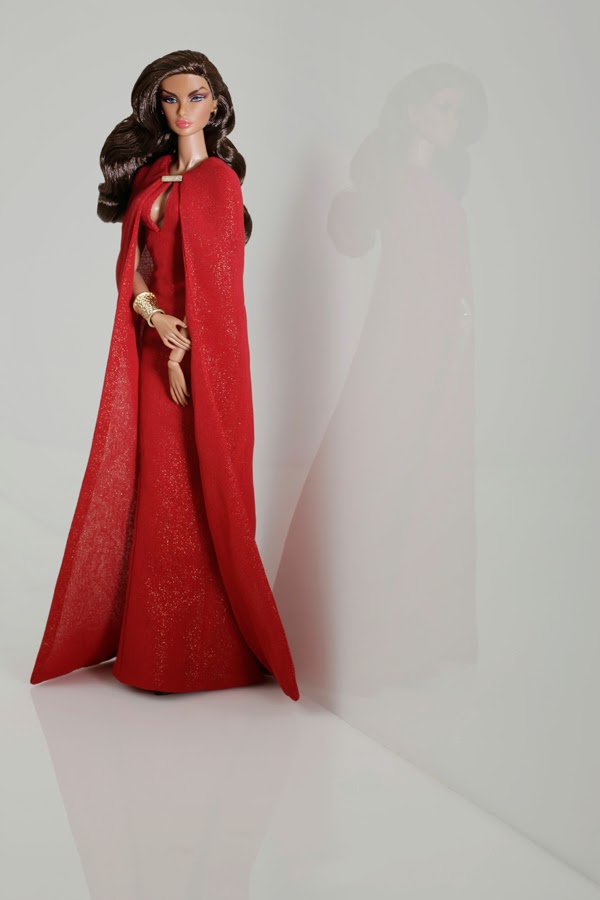 I find Nightshade Kyori the most interesting of this collection and love the pantsuit.  Again, I'm not a fan of those extreme side-glances, but I find it hard to resist raven haired dolls with red lips.  I think this is one of the better screenings for Kyori 2.0; however, she's just enough like this year's Faded Desert Kyori that I couldn't justify the secondary market price. 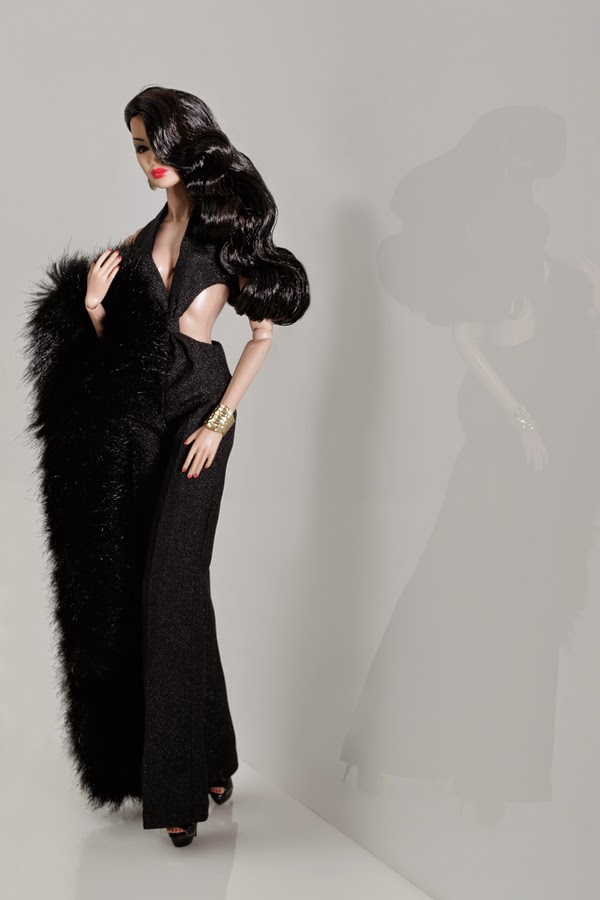 I was a little surprised to find so much similiarity between this year's convention collection and dolls already reproduced.  Eugenia Perrin is a personal favorite character of mine, but Cold Shoulder Eugenia from the convention line reminds me of City Prowl somehow.  There is a lot of interest in this doll because her eye shadow screening and lips are very similar to Fine Jewel - a holy grail for many collectors.   I bet there will be a lot of re-rooting on this doll!  I like her dress best of what represented the 1970's decade. 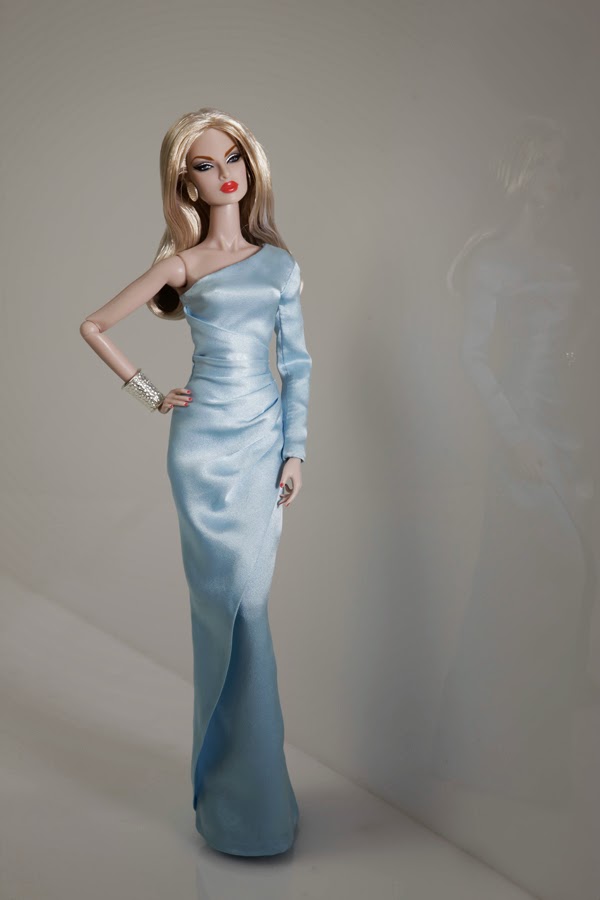 Adorned Vanessa Perrin used the 3.0 mold which is my least favorite of all dolls now.  Although she is popular with collectors, I did not find this doll appealing.  She looks too much like Jacklyn Smith in Charlie's Angels. 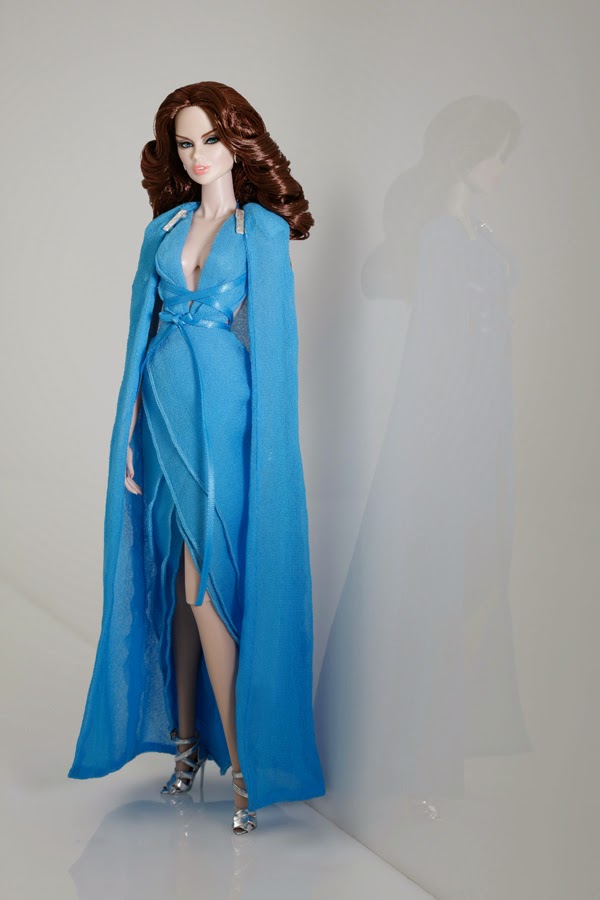 Victoire fans have been eagerly waiting for a friend, so collectors got La Ville Lumiere (The City of Lights) Simonetta Bertorelli.  Although a lovely doll, I will continue waiting until something more different is offered.  The styling is too similar to other offerings in the Victoire line that I already own. 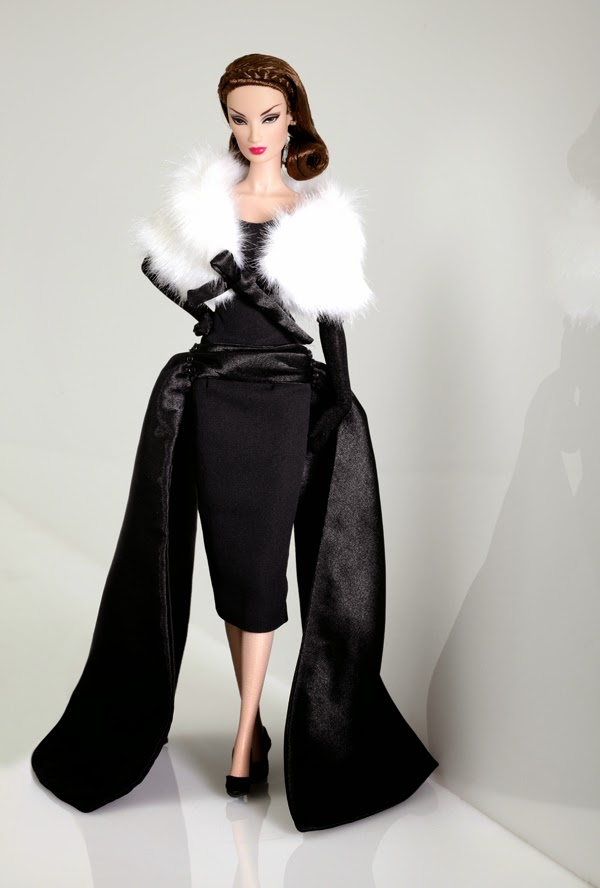 Representing Poppy in this convention collection was Dark Moon Poppy.  Poppy is always popular, but I have decided to seriously limit the addition of Poppies to my collection. 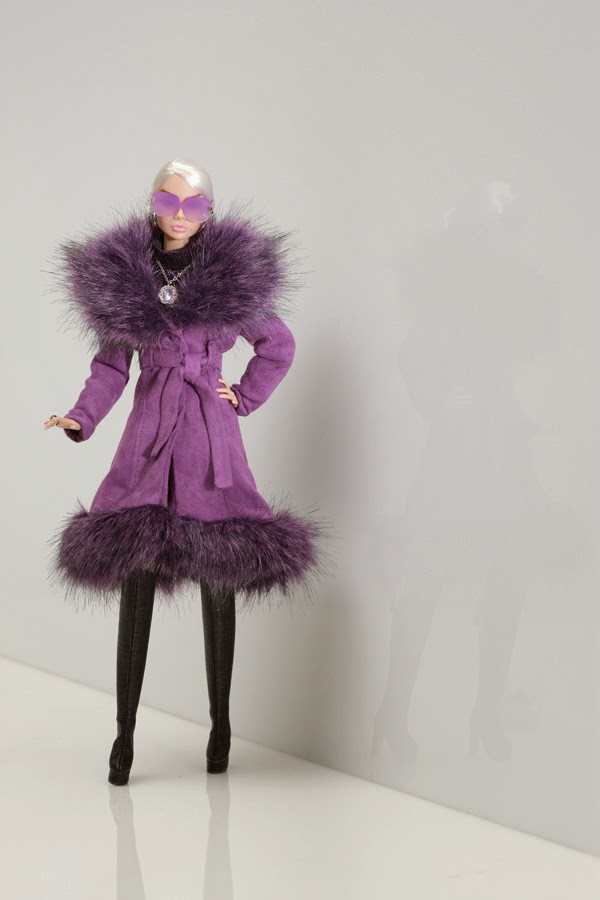 The Integrity Direct line that was offered to attendees was quite nice this year.  There were three dolls, Oomph, Jolt, and Zing, using the Poppy body style.  They are younger looking.  The Ayumi doll is quite lovely and outselling the other two.  Collectors have been selling her as Oomph, but the IT release refers to her as Jolt.  Either way, she is my favorite of the three.  (Do I remember these horrible dresses?!) 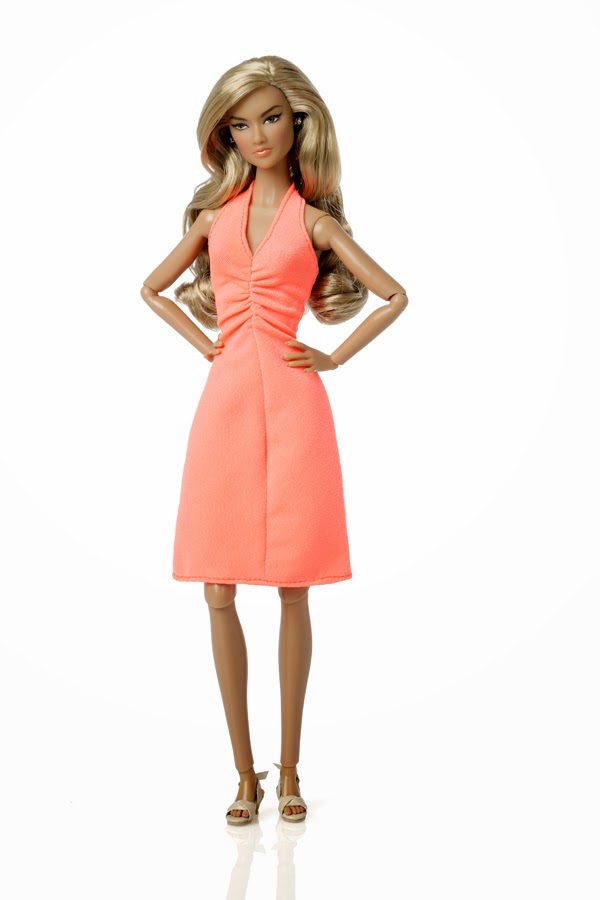 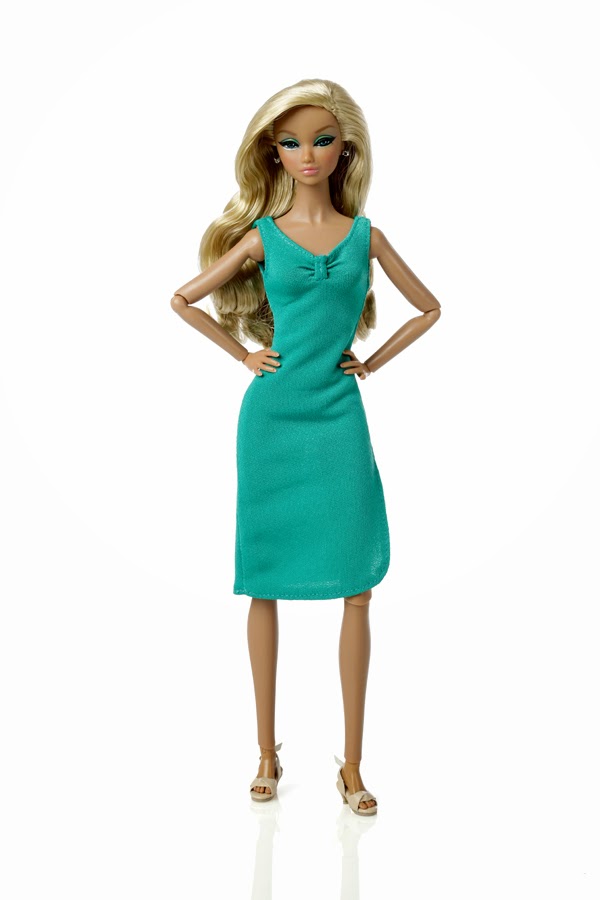 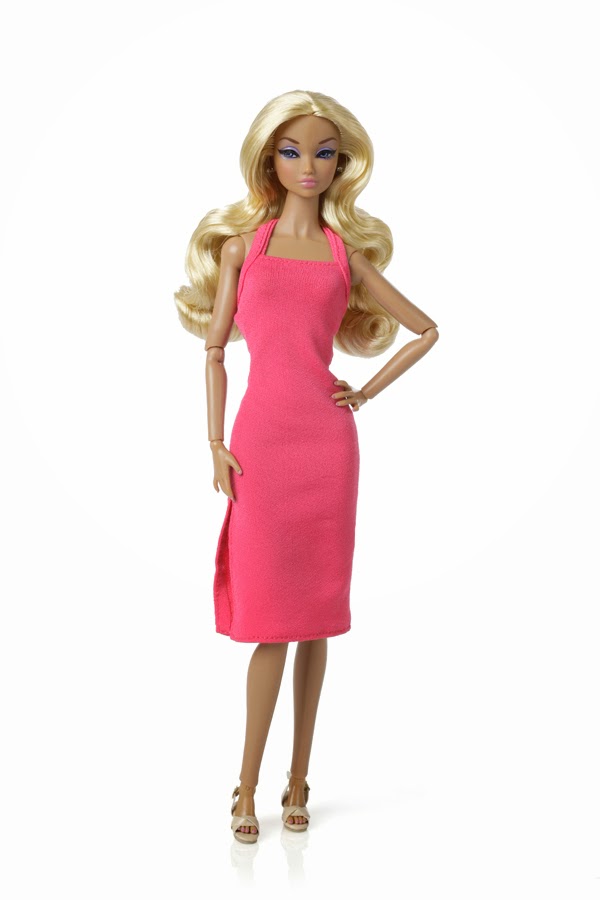 For 16" collectors, we got Afterhours Hanne Erikson, which is the best use of this new mold so far.  I think she is gorgeous! 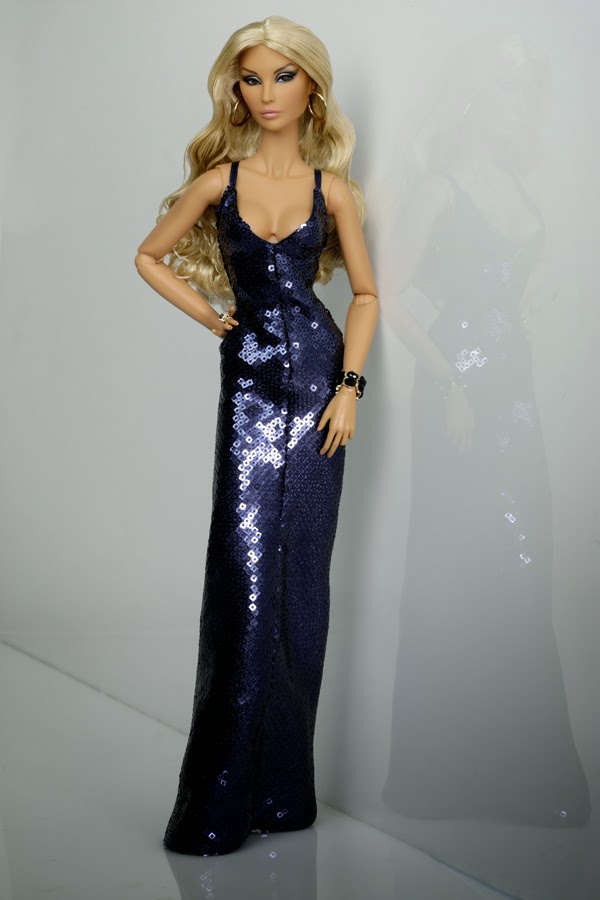 Poppy made another appearance.  This time as Wild Thing.  This is an outrageous ensemble and my favorite of what was offered. 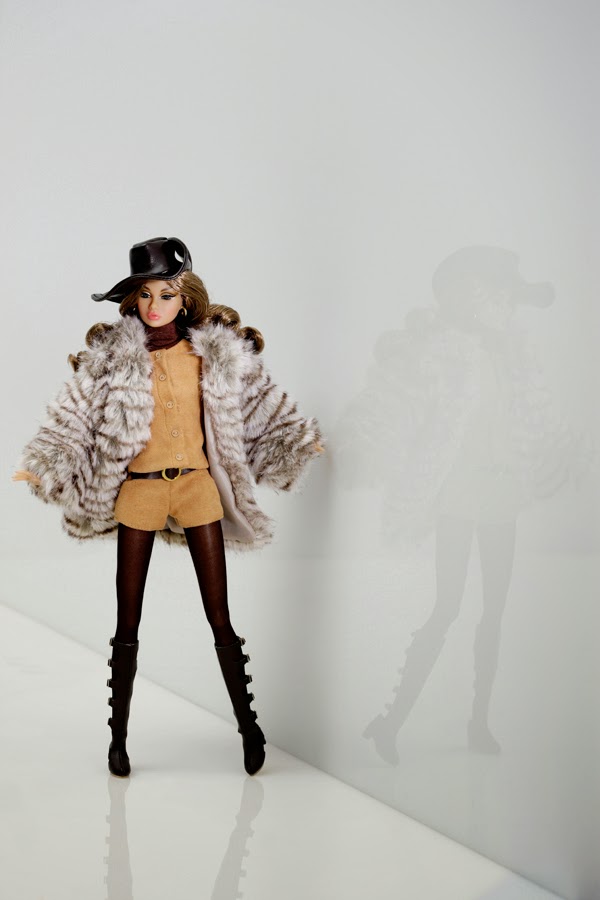 The only Victoire to show up during the convention was a Direct Exclusive, Dial "V" for Victoire.  I may have to add this one to my collection.  It was like a mini-giftset and included other mix and match possibilities with knit pants and cardigan. 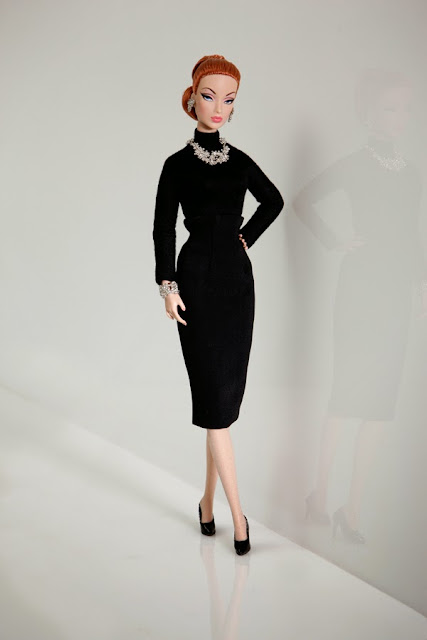 As is usual, there was plenty of offerings to respond to every collector's taste.  No one could be disappointed.  Although I don't care for the clothing era, every doll will redress beautifully.  It is the most cohesive offering in a long time, and I can tell the design team had fun working on it; that transferred to the dolls in spades!

This lineup would especially appeal to collectors who are newer to IT.  Having been around for over a decade now, many offerings were not unique enough to warrant secondary market spending from me.  I debox and redress my dolls, so I look for dolls that bring something interesting and new to the table.  Although I didn't find it in this line-up, IT more than made up for that in the convention collection (earlier post) which I loved and have purchased several.  From this group I like the Hanne and Victoire best.
Posted by Desperately Seeking Dolls at 7:33 AM 3 comments: