Apparently, dolls have not stopped coming to my front door.  It's obvious I better try deboxing immediately.

The only doll convention I've ever attended was The Tropicalia Convention of 2012.  I believe there are only four dolls from Tropicalia that remain residents in my collection.  In my opinion, the latest Integrity Toys (IT) release, Coquette Jordan Duvall, is an example of what the dolls of that convention should've looked like but, unfortunately, did not.

Here is Coquette Jordan in the box. 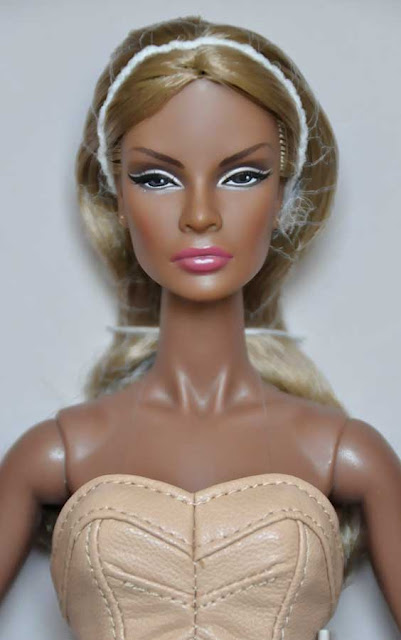 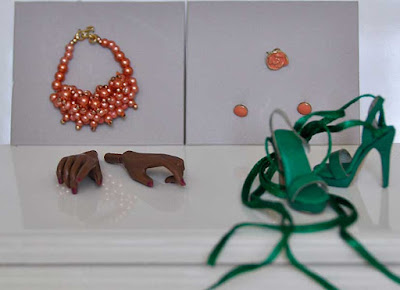 The shoes are quite well made; the ties are like real ties and not cheap ribbon.   The ring is exactly like the jewelry used for Haute Societe Veronique.  The purse also reminds me of Haute Societe.  Here is a link Haute Societe Accessories.  It does deserve its own photo. 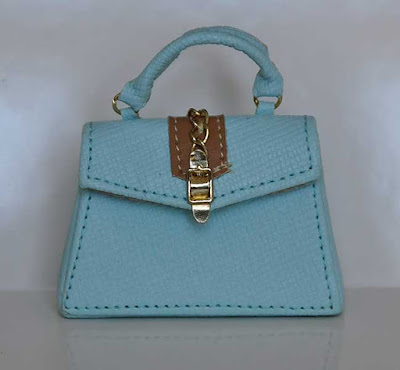 Here is a full length photo of Coquette out of the box.  I really like the ensemble.  It feels like the quality we've come to expect from Integrity Toys and has been missing until recently. 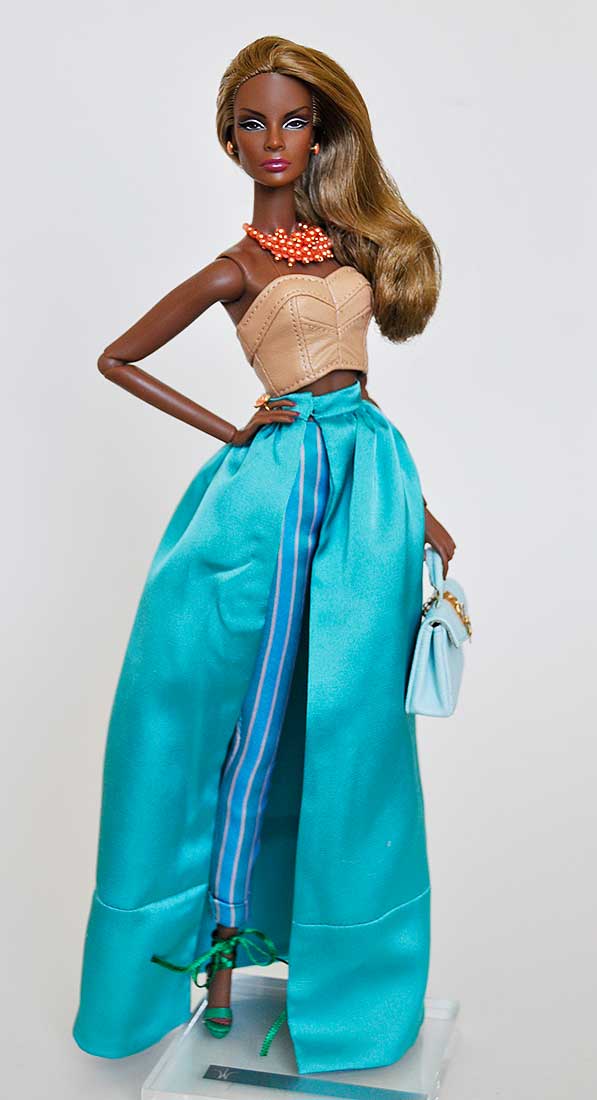 The only thing I'm not "feeling" is her hair.  I swept it all to the side for now.  My doll's eyes do not seem to have as much white under the iris as some I've seen in photos. 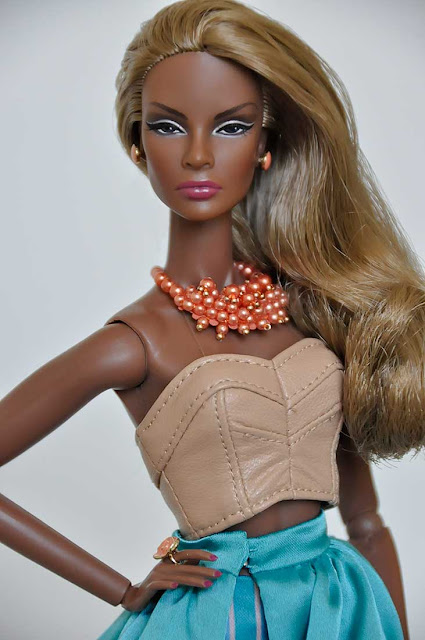 It's been a while since we've seen Jordan Duvall.  She shares her sculpt with Tatyana 1.0 and Lana Turner 1.0.  Personally, I like this version quite a bit yet still prefer Platinum and Splendid.

I believe this is the very first time we've seen the upgraded body in the original A-Tone skin tone (I believe it is sometimes referred to as A-Tone 2).  It will be a great match for Splendid Jordan and My Desire Isha/Luchia 1.0.  It's a close match for Entice Kesenia and Buxom Veronique.  Although not a close match, some collectors are satisfied with using it with Second Skin Vanessa.  After seeing it in person and comparing it to other dolls in my collection, I actually decided to order a second as a body donor.

So Mood Changers Red Head Poppy Parker screams, "No harm: No foul!" and runs off with Coquette's pants! 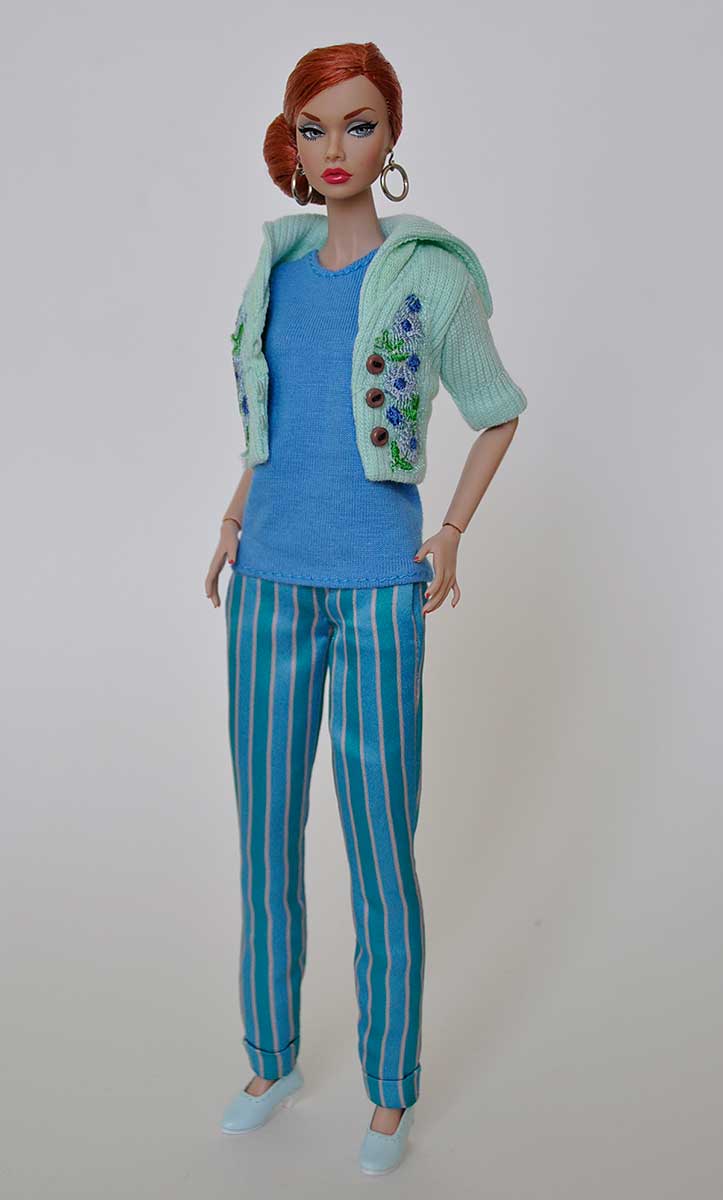 We prefer things a little more casual around here anyway.  Here is Coquette Jordan wearing Old Is New's jacket and a pair of jeans. 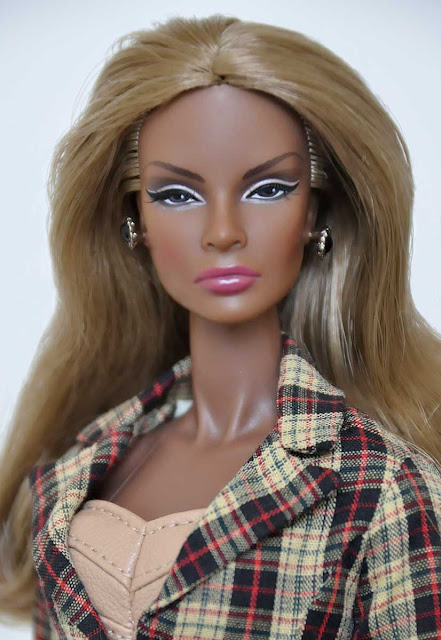 There is something about this doll's hair that is bothering me.  I think her faceup is so strong, that the hair needs to be pulled away from it.  I tried putting it in a ponytail and slipped her into Anja's In Sequins dress.  I think I am getting somewhere with this character now. 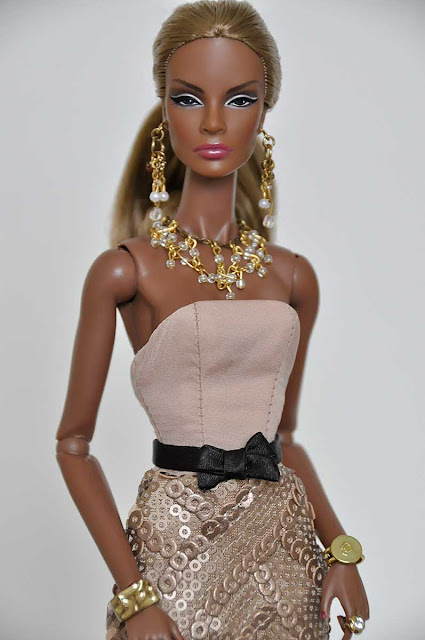 She's a little more "polished" feeling.  I'm beginning to find her inner diva.
Posted by Desperately Seeking Dolls at 11:48 AM No comments: