Learn to Stay Out of Toys R Us

The original title of this blog was "Keep your weak-ass-no-self-control-when-it-comes-to-doll-buying-self out of Toys R Us", but it wouldn't fit in the title bar.  It is obviously apparent that I cannot go into Toys R Us without adult supervision and a restraining order.

Today I went to Athens to return a dress I purchased for Parent/Teacher Night at school.  My husband told me that it looked "too old" for me.  There are only two comments he can make that will make me return something instantly - One is "too old", the other, of course, is "too fat".   (He has never used the "too fat" comment though which is one reason that I love him so much!)

Naturally, since I was in Athens anyway, I wanted to stop by Target because I've been impatiently waiting for the Tim Gunn Barbie dolls and accessory packages.  On the way to Target, I just happen to pass a Toys R Us.  (It would actually be better to say, "On the way to Target, I usually stop by a Toys R Us", since I rarely pass by it.)   I knew that the Tim Gunn Barbies wouldn't be there - they are a Target Exclusive.  But, when it comes to Toys R Us, that hardly matters now, does it?

I have been very good about focusing my doll collection.  I've sold 31 dolls this year!   I no longer have any "Tiny Kitty" dolls.  The only Star Doll living here is on a FR body.  There is no Momoko to be found either.  Also, I have listed my entire collection of Monster High dolls on The Doll Page.

The Toys R Us in Athens was restocking its doll section.  You read correctly.  Clerks were actually removing dolls right out of the shippers!  There were stacks of shippers everywhere.  I became giddy with excitement.

One of the reasons that I haven't been "fully on the Monster High train" is that the dolls are ridiculously difficult to find.  One of the MH girls I really like is Rochelle Goyle.  Not only did they have Rochelle, they had FOUR of her, so I got to choose the one whose hair and face I liked best. 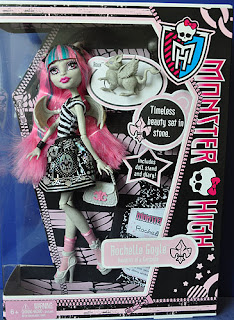 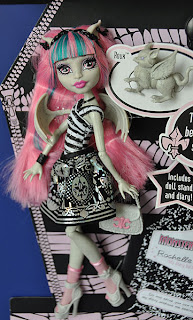 At first I thought there was something wrong with her skin painting.  It looked like it was splotchy.  Then I realized that she was painted to look like stone!  Cool idea. 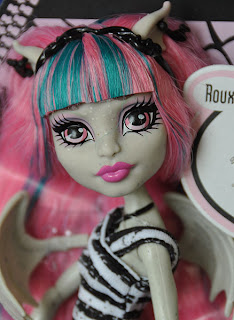 At this point, I have an embarrassing confession to make.  The clerks at Toys R Us were deboxing the dolls and people were actually grabbing them out of their hands.  I tried to stay calm and not lose my cool, but I jumped at this one!

Lagoona Blue has the most incredible yellow hair! 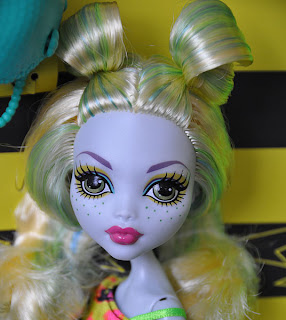 Then out came this big box. 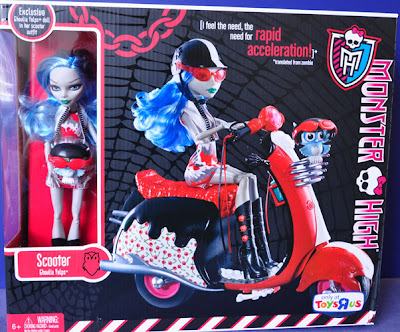 I couldn't resist.  I almost knocked a lady down getting to it. 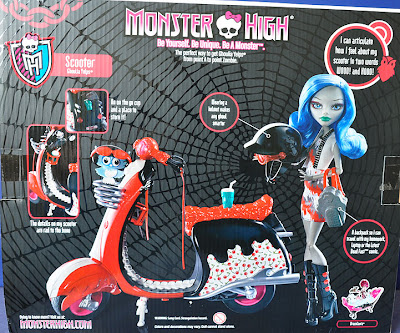 Ghoulia is my favorite character.  And I love those eyebrows! 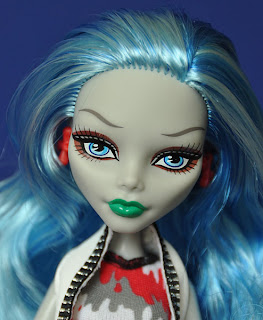 Here she is standing next to the scooter! 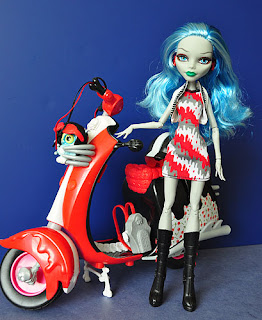 This scooter has the most amazing details.   Look at the "rib cage" basket up front for Ghoulia's little pet owl (who came with his own helmet!). 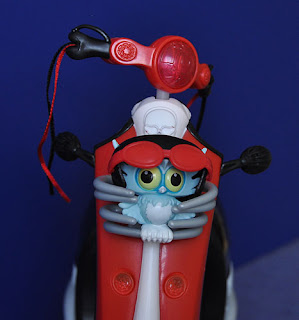 There is a place for your morning refreshments above the spine foot rests! 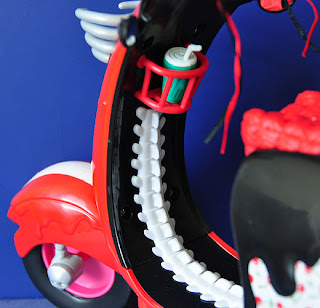 The kick stand is bones! And the hubcaps are skulls. 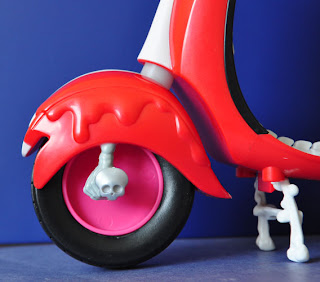 Look how the trunk is a coffin and opens.  Her vanity plate reads "BRAINS". 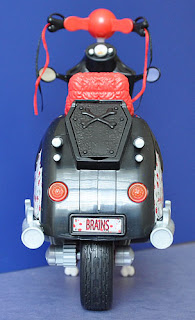 She has a matching coffin backpack. 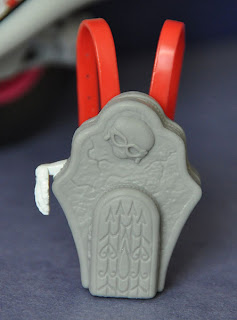 With a zipper tab that is a little skeleton hand.  How clever! 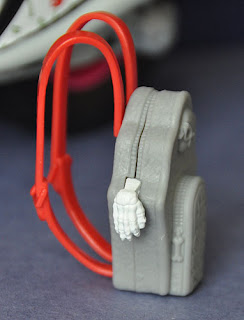 I am loving her boots! 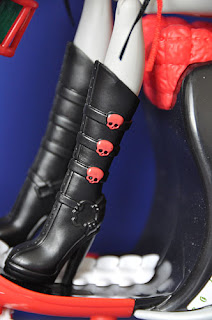 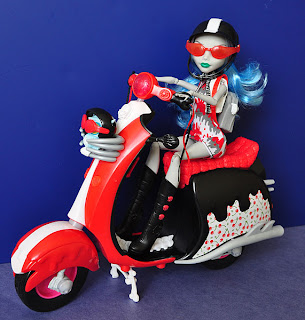