Integrity Toys (IT) introduced the Fashion Royalty line in 2001-2002 with two characters - a white doll named Veronique Perrin, the owner of an acclaimed fashion house, and her black supermodel friend, Adele Makeda.  These were the only two characters until 2004 when we met Veronique's sister, Vanessa, and Veronique's fashion competitor, Natalia Fatale, who had an Asian model named Kyori Sato.  In 2005, we received SE Asian superstar Isha Kalpana Narayanan.  I think this cultural diversity was a driving force for collectors who wanted dolls who represented all races internationally.

There were three separate editions of Isha in 2005, and two versions of a single edition in 2006.

IT decided to do something it had never done in 2007.  They changed the skin tone on a mold and gave collectors a separate character.  The white version of Isha became Luchia and turned out to be more popular with collectors than the SE Asian counterpart.  There were three Luchia dolls produced that year and only one Isha.  This happened again in 2008 with three more Luchia dolls and only one Isha.

In 2009 Isha disappeared altogether and Luchia appeared solo in two editions.  The mold did not make a showing at all in 2010.  In 2011 Luchia became a different mold altogether and has only appeared twice (but somehow showed up at the convention with the original Isha mold).    In 2011, IT decided that Isha could be any color they produced, but just not the SE Asian skin tone as they retired that color.  Confused yet???

I love the dress (especially the little black panels under the arms).   The accessories included were a great pair of stiletto pumps and cream purse. 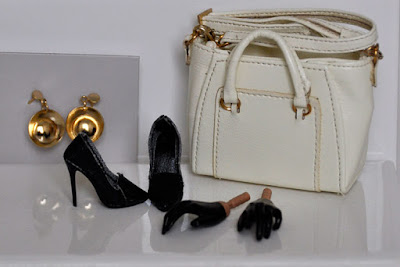 She has a lovely screening. 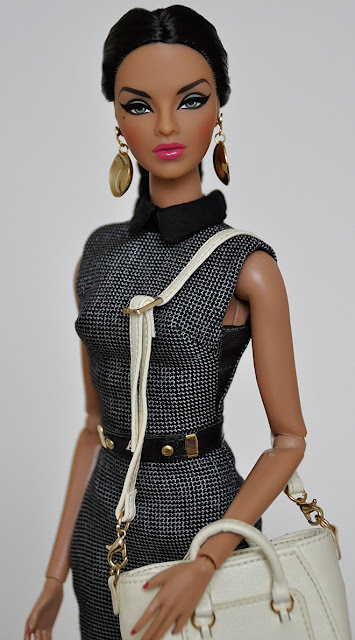 Here is a comparison with Age of Opulence Isha in the original SE Asian Skin Tone.  I think she's lost some of her ethnic identity. 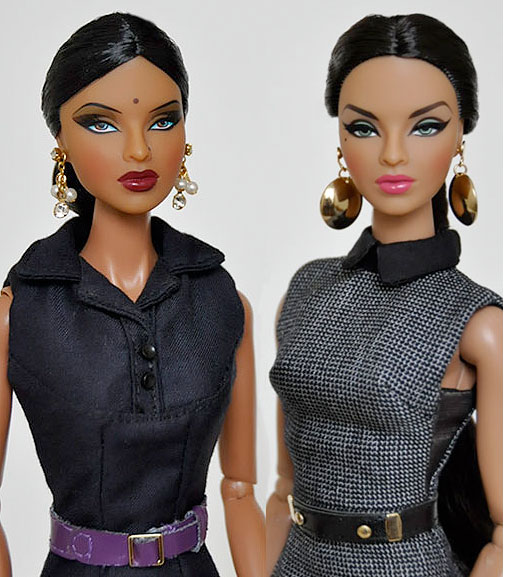 But she is still a very beautiful doll and I like having her in my collection.  I've seen photos where collectors have taken her hair down and she looks phenomenal. 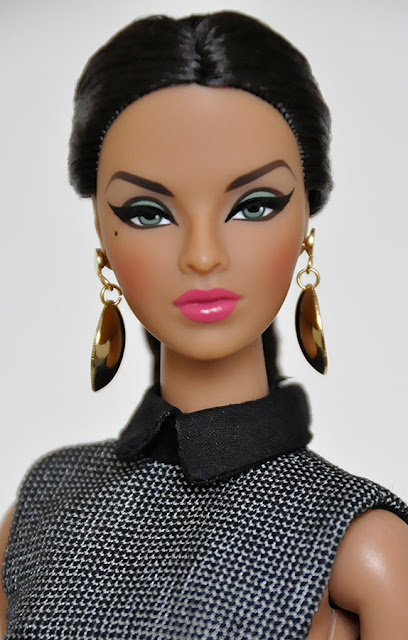