My followers have probably noticed that, recently, I've made a small shift back to some of the Mattel play line dolls.  I absolutely loved the Barbie Basic - Jeans line and purchased most of them.  Their face ups were some of the best ever produced for Barbie.  A couple years after their release, Mattel lost me with the production of less attractive face ups and hair.  The Made to Move dolls caught my attention at the end of 2015, and I realized I missed some very cute dolls the last several months.

One of those dolls was the production of a non-black Nikki character with a blonde afro and freckles. Some collectors have referred to her as bi-racial and others say she is caucasian.  Whatever you want to call her, I say she is just "gosh darned cute as a button"!

I know her head mold is a little large, but that may be part of her charm.  I've seen collectors relax her hair, and it looks great that way.  For now, I plan to leave her with the stock hairstyle.  I have given her an articulated body and redressed her in a Dynamite Girls ensemble created by Integrity Toys for a recent Christmas Grab Bag promotion.  I added a white long sleeve blouse, some brown tights and boots.  She's ready for winter weather now.

I had to purchase this doll from e-bay for $12 because she is no longer available in stores.  The new release of the doll has much different hair.  I'm really surprised by the lack of consistency in the production of this character. 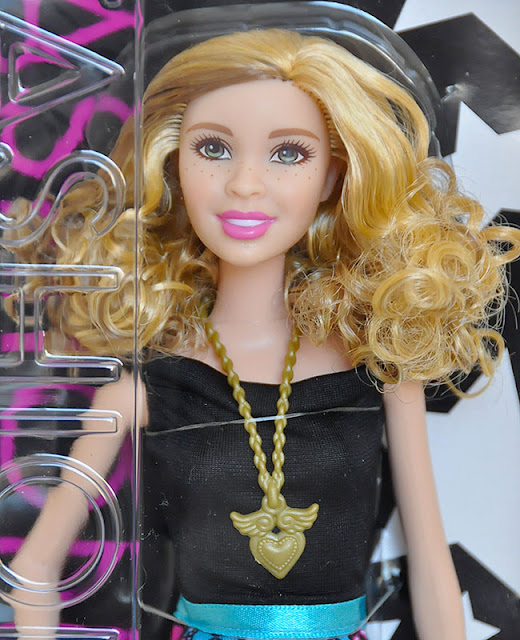 It seems many collectors prefer the new version, but I am partial to the earlier release and am glad I was able to find her on secondary market.  Even though the hair is wilder, it is very soft and manageable.   I should've been paying more attention to the Barbie aisle last year because she definitely deserves a spot in my collection. 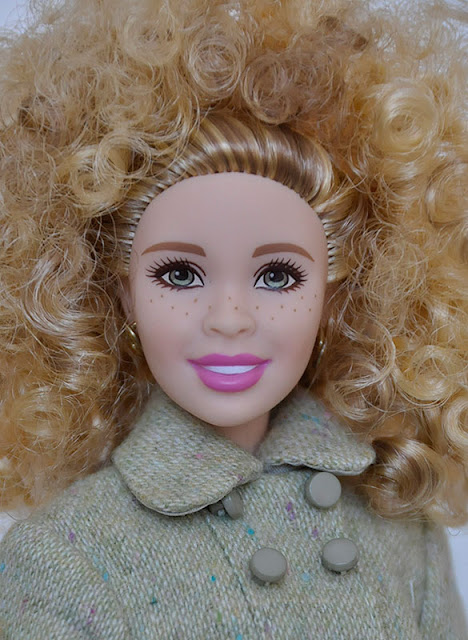