The Joys of Collecting "Younger" Dolls

I first started collecting Fashion Royalty dolls in 2004.  I only had a couple of dolls when I discovered Nippon Misaki.  It is an Integrity Toys (IT) line manufactured exclusively for the Asian market.  I immediately fell in love with the "playability" of these dolls.  Harajuku Honey is still one of my very favorites.  I really enjoyed Misaki dolls until about 2009 when IT seemed to lose interest in maintaining the line (49 dolls were released between 2004 - 2009 and less than half that number since).

There are several Misaki that I missed from the early years.  Fortunately I was able to pick up two of them recently at great prices.   The first is from 2006 and is called Autumn Champagne.  I owned her once but used her in a trade.  I have regretted the decision ever since, so you can't imagine how happy it made me to find a beautiful version NRFB to replace her.

The second is from the 2007 Summer Collection and is called Summer Blues.  I own Summer Storm and Summer Crush from this line already.

Having purchased these dolls, reminded me of the joy I had playing with my Misaki and Poppy Parker dolls before the Fashion Royalty and FR2 dolls took over.  They are surprisingly easy to find clothing for since they can wear most Barbie clothes, as well as Dynamite Girl and Momoko clothing.  Recently I found some newly released outfits of the Sparkle Girlz by Funville.  Here is a Barbie Basics wearing one of the ensembles I found. 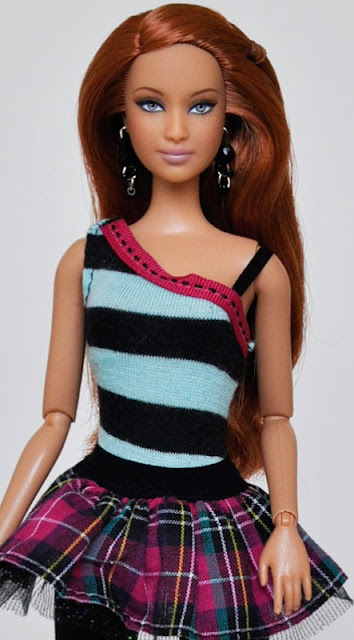 And here is Hot Dots Poppy (one of my favorite dolls from the Tropicalia Convention) modeling a t-shirt/denim shorts outfit with some Sparkle Girlz shoes from a different package.

Did you notice she was standing on her own?  That's right!  I was excited to find that the Sparkle Girlz shoes fit Poppy and Misaki!  They may be rubber, but who cares?  right?  More shoe wardrobe choices! 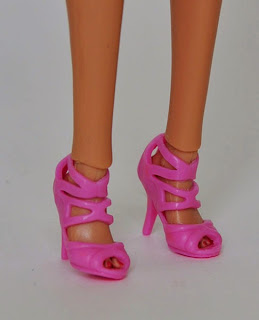 I had forgotten how much I loved this doll when she came out.  I tend to prefer the less valuable Poppy Parker dolls.  I wound selling my rarer dolls last year (Reluctant Debutante, Fashion Night Out, and Holiday in the Hamptons).  I just couldn't enjoy playing with something that was worth so much money.  Is that weird? 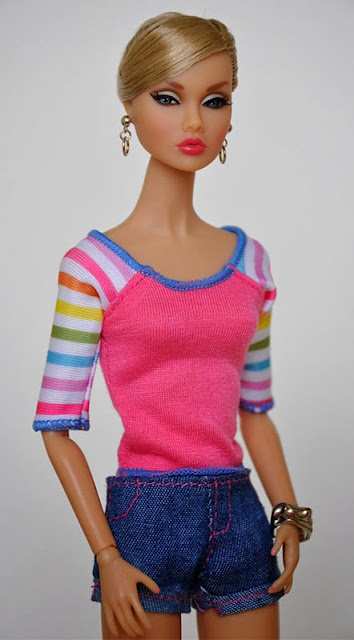 I purchased Hot Dots at the only doll convention I've ever attended, so she is very special to me.  I think she looks quite smart in her $2 outfit from Walmart!  So, I had a joy-filled morning redressing and playing with a doll for less than $10.  Sometimes, the best fun doesn't have to cost a lot of money! 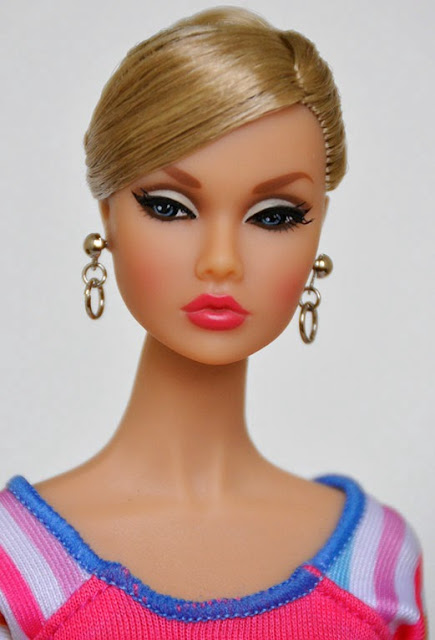 I hope my readers didn't mind the change of pace.  I just felt like playing today.