First, I feel the need to apologize for seemingly abandoning my blog.  For those who don't know, I am an elementary school teacher.   This year I was assigned teaching math to gifted children in grades 1 - 5.   I teach about 120 students each day and am learning the Common Core math curriculum as I go.  To say I am overwhelmed, would be a grave understatement.

I have received comments from readers regarding how much they would enjoy seeing my display of dolls.  Sadly, it is quite minimal.  I have very limited space for display, so many of my dolls are boxed or in containers.  Only my very favorite dolls are on display and are nude for fear that their clothing may stain their bodies (which are near impossible to replace reasonably).

Due to these limitations, it takes a special doll to come out of the box.  When a doll arrives here, she is immediately inspected with jewelry repair goggles.  Those goggles allow me to identity flaws before photographing her.  Most dolls remain stored in their boxes or are sold.  I cannot justify keeping a doll around that is inferior to those already living here.  That's why I have my rule "One doll comes in, one doll goes out".

When Timeless Adele was ordered back in May, most of my dolls felt quite secure in their spots.  "We needn't worry.  There's only one Adele mold 3.0 that has made it as a resident and she's sentimental due to the Tropicalia Convention."  Of course they are referring to Main Event (2012).  There's something I like about her "Street Smart" attitude and it's true that Tropicalia was the only doll convention I've ever attended. 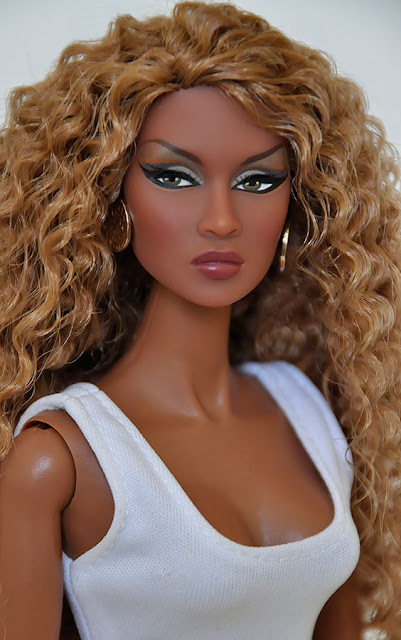 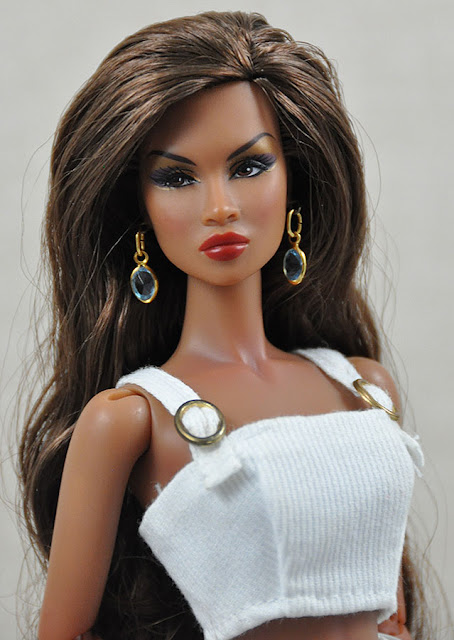 I've owned Main Attitude (2012) and still have that remarkable suit.

Paparazzi Darling (2013) resides in the closet NRFB (the only African American FR2 body produced so far!). 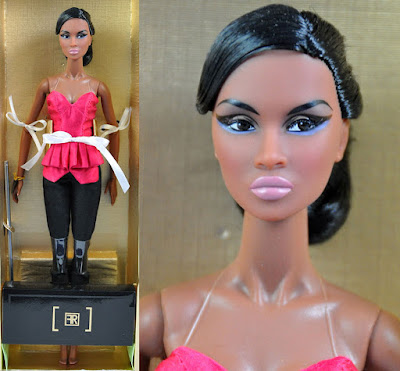 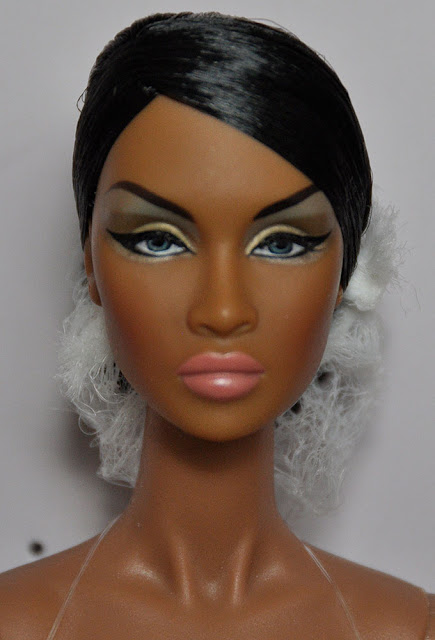 Obviously, I am less than impressed with mold 3.0 and don't believe this mold has received much love from anyone in the Fashion Royalty collecting community for that matter, so my girls were feeling confident that Timeless would not live up to her name here.

Timeless Adele (mold 3.0) arrived yesterday and quickly jumped ahead of other dolls that have arrived recently from this line.  I wish I had taken a photo of her hair when she arrived as it looked like a big cotton ball sitting on top of her head.  It took me some "Got2be Glued", a micro comb, two corsage pins, a Vintage Barbie black hair band, and a whole lotta patience,  but I finally came close to achieving my goal with the hair.  Here is a photo of her in box .

Here are the accessories.  NOTE:  One of the earrings broke as I was removing it from the card, so her dressed photos include a pair of other earrings that actually match the ring quite well.

I am NOT a gown person but have fallen in love with this one.  She looks fantastic standing between Midnight Star Elise and After Tonight Eugenia. 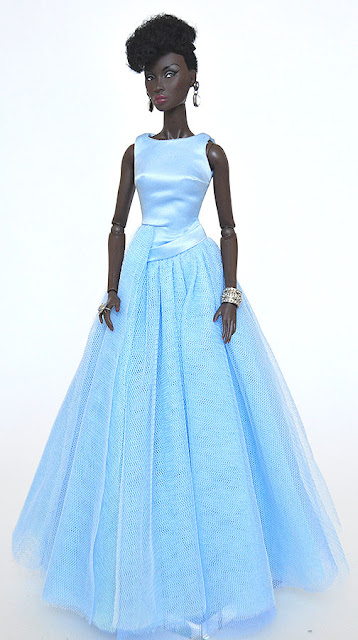 Unfortunately, the girls have realized someone needs to move over and give up her spot.  "Wouldn't it be just as easy to purchase another display case?"  asked in a small wavery voice. 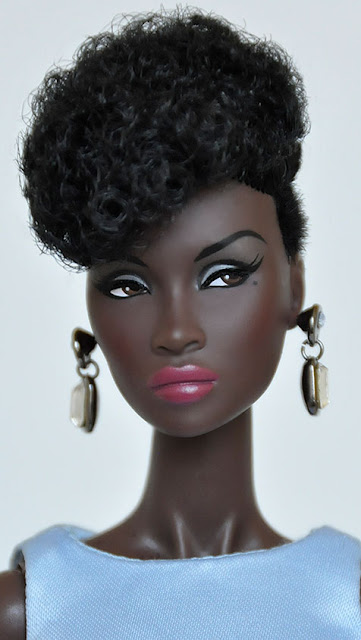 Timeless Adele definitely will be spending quite a bit of time around here.  I am excited about the possibility of redressing her.  I'm not sure if it's the hair, the skin tone, the face up, or the combination of these, but in my opinion this is the best presentation of mold 3.0 yet!