You Can Run But You Can't Hide

I have been putting off my decision about whether or not Imogen was going to stay and become a permanent member of my collection.   She was one of the first dolls from the new Integrity Line to sell out immediately and a lot of collectors were disappointed they were unable to obtain her at retail price.  Her value on the secondary market is two to three times her original price, so I was nervous about taking her out - if I opened her and decided I didn't like her, she would no longer be NRFB. 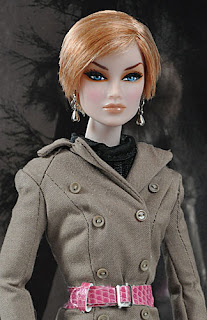 Some collectors started a thread that her facial screening looked "flat".   My biggest concern was that she had applied eyelashes AND painted on eyelashes.  This is a pet peeve of mine recently.  Give me one or other.  If you have to do both, at least make them discreet.   (As you remember from a previous post, the new Adele just had to go!) 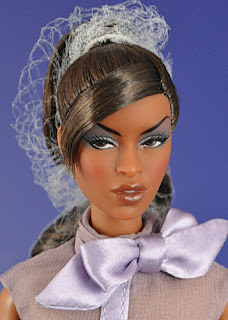 I just couldn't deal with those straight lines below her brows.  I know many collectors love her, and I am very happy for them.  Adele is a favorite character of mine, but this made my OCD go into overload.  Imogen's eyelashes are not nearly so severe.

One thing I can praise Integrity for this year is their clothing line.   I have loved EVERYTHING that has come out so far.  Even though Adele left, that outfit stayed.  Same for Kesenia.  Imogen is no exception with the clothing.  That trench coat is a perfect fit and it is lined beautifully.  The tailoring is amazing, especially in such small scale. 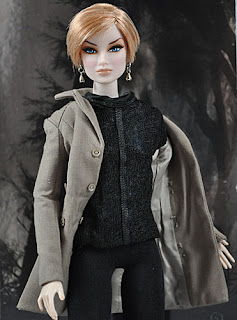 The little knit shirt is quite cute and looks nicer with the original belt added. 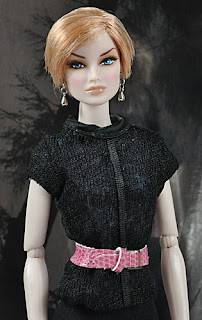 Some collectors discovered that they liked the lining of this blouse better and were able to turn the top inside-out.  I agree!  It looks great, but it reminds me a little of Old is New Giselle's blouse in coloring. 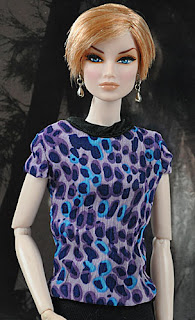 I guess I should point out that the earrings Imogen is wearing is not her own.  The earrings were just little studs and were nothing to brag about.  I didn't get a good closeup of the boots; they have a zipper and little buckles.  They are awesome.  The tights are just simple black tights.   A pair of slacks or a skirt would have been nice.

In some parts of the country, school is just beginning back.  (Here in the Atlanta area, we started back the first week of August!)  Right now there is this annoying commercial playing from Target that has a very catchy tune.  It keeps saying "Denim", so Imogen had to "get her denim on".... 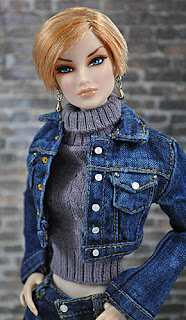 I think she really shines when she is redressed.  I really do like this girl, so she is staying.   One less to consider/debox ... one added to the collection.  Isha better come out before the arrival of the next group.  Stay tuned.

Posted by Desperately Seeking Dolls at 8:01 AM 2 comments: