I Hate You, Poppy Parker

As many of my followers know, Poppy Parker and I have had a difficult relationship.  I actually purchased (I still have trouble writing "started collecting") Ms. Parker when she was first released.  Many of my earlier Poppy Parkers have been sold, but she keeps sneaking her way into my heart ... I mean collection ... every now and again.

When the "Poppy Goes to Paris" line was premiered, my response was simply, "I don't need these.  I really don't like the styling on these dolls.  Anyway, I don't collect Poppy Parker."  As I looked over the photos, I started realizing that two of these girls were going to live here whether I won the lottery to purchase them or not - Powder Puff and Miss Amour.  I rationalized, "At least I didn't order from the retail line."

When this collection started showing up in the hands of collectors and "real life" photos started being posted, I did a double take.   The doll that I had originally considered the weakest in this line was "Night at the Ballet".   The fabric scale was wrong, the screening did not appeal to me, etc.  Here is the promotion photo from Integrity Toys. 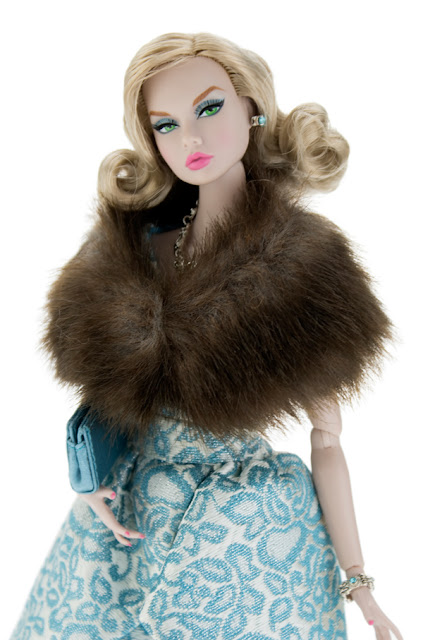 Well... the production doll is amazing.   I think they softened her eyeshadow and it made such a dramatic improvement.    I have to blame Rebecca Berry for this one (it's not the first time Rebecca has impacted my wallet).  Her first flickr photos were amazing.  I completely folded when I read her review Inside the Fashion Doll Studio - Night At The Ballet Review

I was able to order one at retail price because collectors had not realized yet exactly the sleeper this doll was to become.  First, I love the packaging on this line.  It is just so "girlie" - the little bow on top is the perfect finishing touch.

Here is a full length photo inside the box.

I do like the little accessory boxes they've started including with Poppy now.  And here's a closeup of the face. 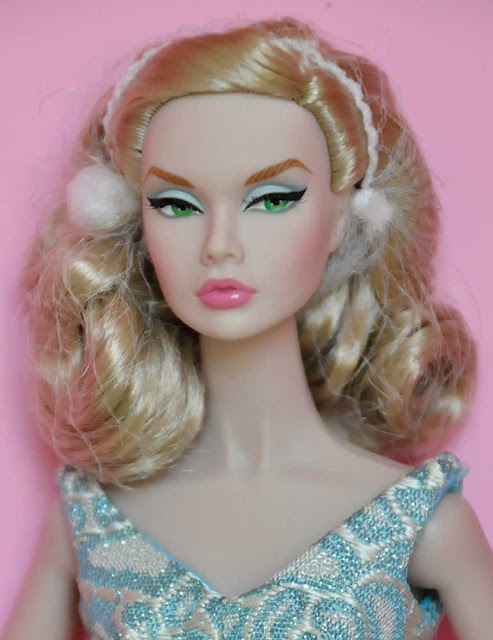 Here are the accessories.   The shoes are "everything" - just look at the detail here.

This doll reminded me so much of Elizabeth Montgomery's character, Samantha Stephens, from the television series "Bewitched", which was my favorite show when I was a child.  I used to make believe I was "Sam" in play.

Unfortunately, when I took my doll's hair out of the hairnet, there were several "pieces" that had pulled away from the rest and were folded under in the back.  BAD quality control, BAD.  I am not a hair stylist, but here is my attempt at correcting the mess in a full length photo. 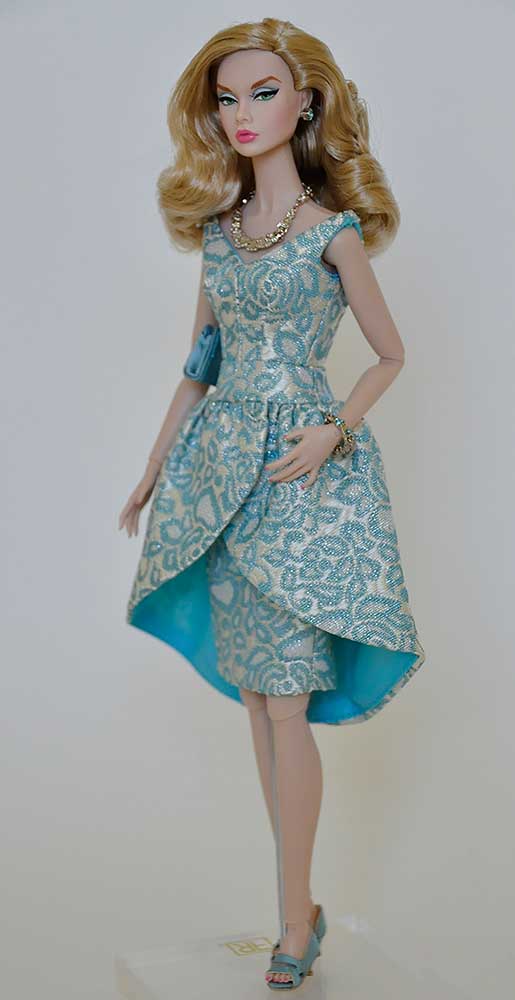 The fur stole is a nice finishing touch.

I redressed this doll in an earlier Poppy Parker fashion, Sealed With A Kiss.  I love her in this. 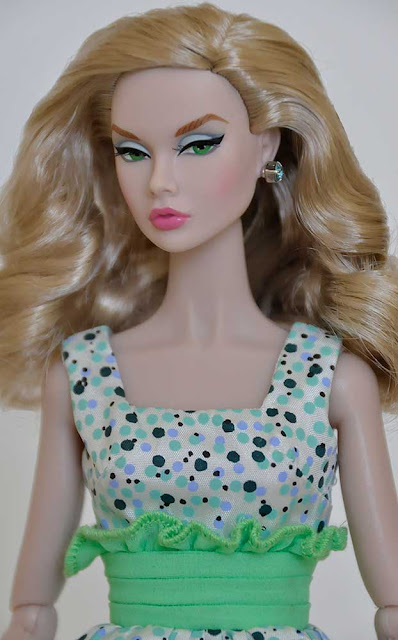 I really do love this doll very much.  For someone who does not collect Poppy Parker, how did 26 of them find homes here?  The latest addition, and one of my very favorite versions of this character, Night at the Ballet Poppy Parker, is breathtaking in real life. 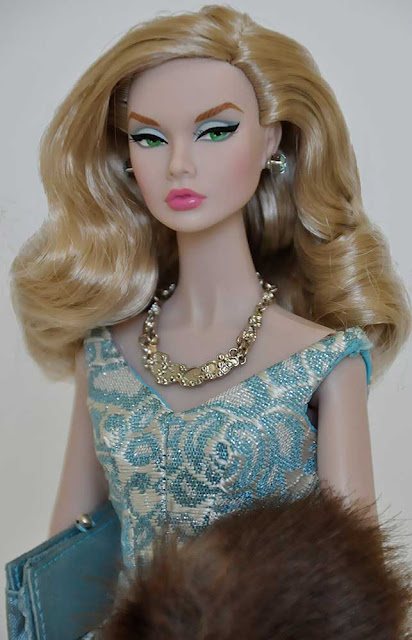 Posted by Desperately Seeking Dolls at 6:00 AM 8 comments: