I should stay off flickr.   It's just a simple fact, but I'm addicted to seeing the photos taken by other doll collectors.

I really like Coquette Jordan Duvall.  Thanks to friends on flickr I discovered that her body was the same skin tone as earlier Jordan versions Splendid and Trust Your Instincts and three of the 2015 ITBE Basic Lingerie Dolls, Buxom Veronique, Entice Kesenia, and My Desire Isha.   Many of these reside here and have never been removed from their boxes.

Usually I am a purist with most of my doll collection.  I am not one of those collectors who jumps from one body type to another.  Although I have changed almost all of my shorter dolls to the taller bodies, I don't mind the more womanly figure of the earlier body, so I've not moved those dolls to the FR2 body.  Of course there are a couple exceptions.

So, I surprised myself when I broke down and bought multiple nude Coquette Jordan dolls for body switching.  I know that each Integrity doll is completed by hand, so there have always been subtle differences in each doll.  Here are my four girls redressed. 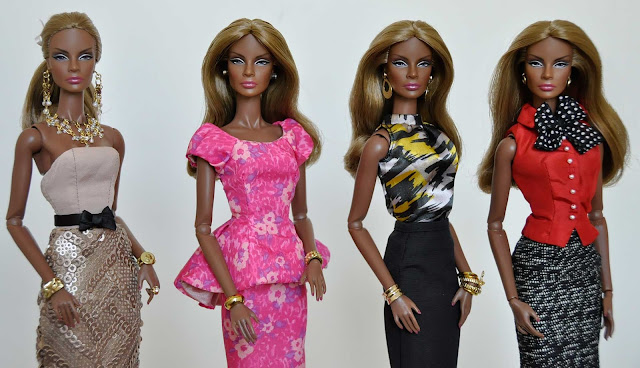 The first doll is my original and the one from the previous post and review.  Even though the fourth doll seems to have the best hair, she became the first body donor. 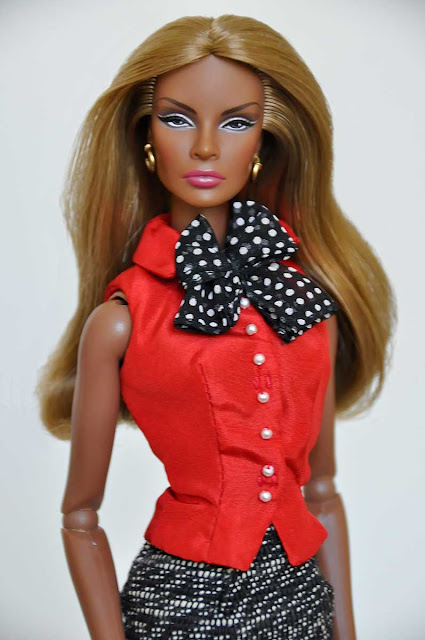 Next, was the difficult choice of which doll would get the new body.  I don't have a version of the Kesenia character on a  FR2 body, so I decided to finally release her from her box. 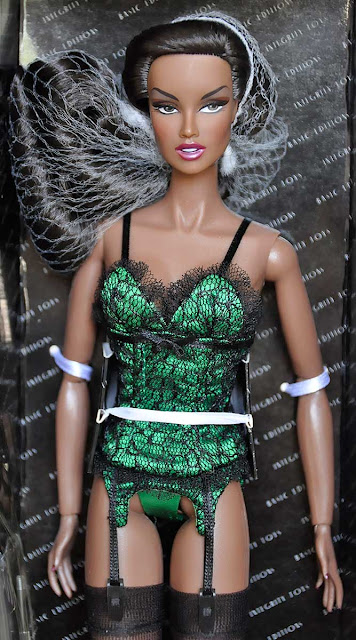 She was so appreciative. 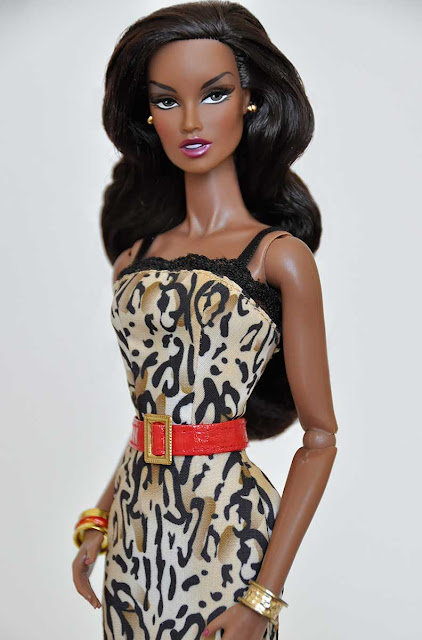 So ... which Coquette is my favorite? 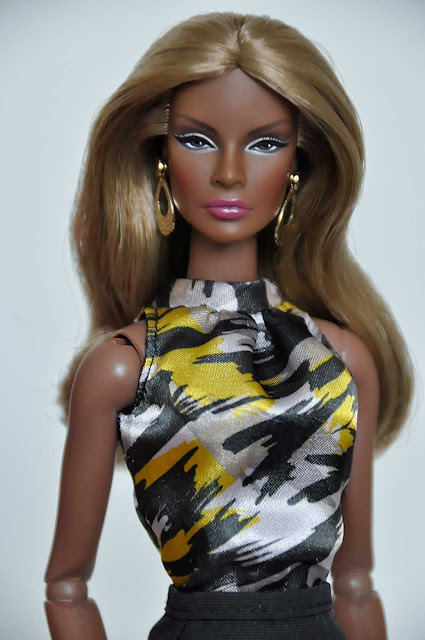 I think this example had the best eye placement and screening (there is less white under her irises).  Her hair seems rooted well.
Posted by Desperately Seeking Dolls at 11:56 AM 2 comments: