Vanessa Perrin has definitely suffered an identity crisis.  It started in 2011 when Integrity Toys (IT) changed the Vanessa Perrin character’s mold without warning.  Vanessa Perrin mold 1.0 has a very serious following.  Collectors of the original mold are very loyal.

Many collectors made fun of this doll because the eye screening was so extreme.  Some collectors said she looked "strung out".  Many dolls were sent to repaint artists for correction and, with enhancements, remain in most collections.

The following year, IT came in strong to correct the screening issue.  In 2005 we saw some of the best ever Vanessa Perrin versions which are holy grails among collectors today.  There is Poesie Sans Coleur: 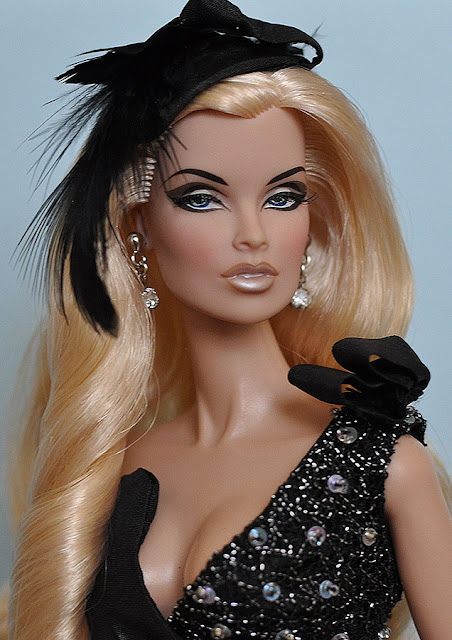 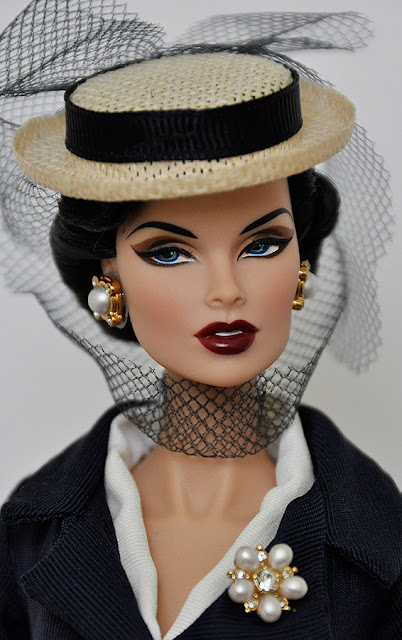 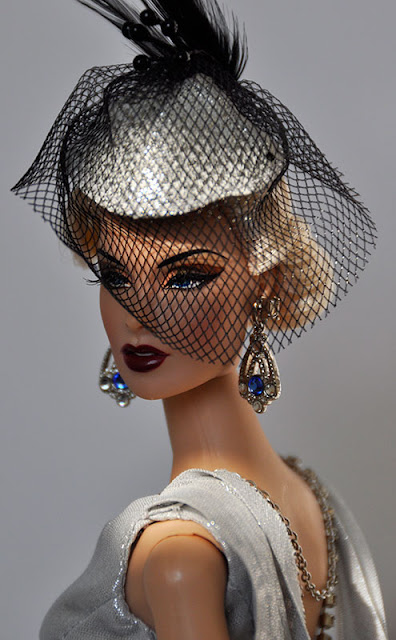 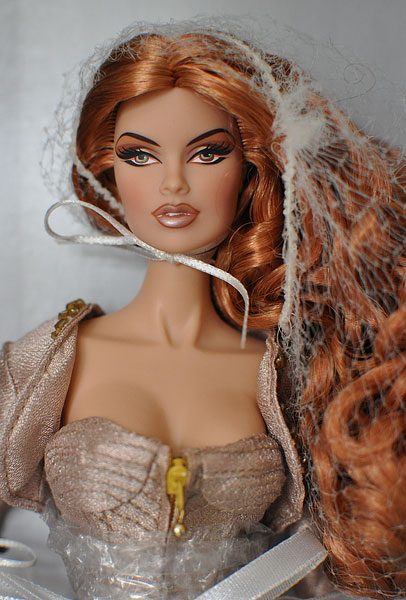 And the 2005 IT Convention Doll, Intoxicating Mix, which I recently sold and repurchased. 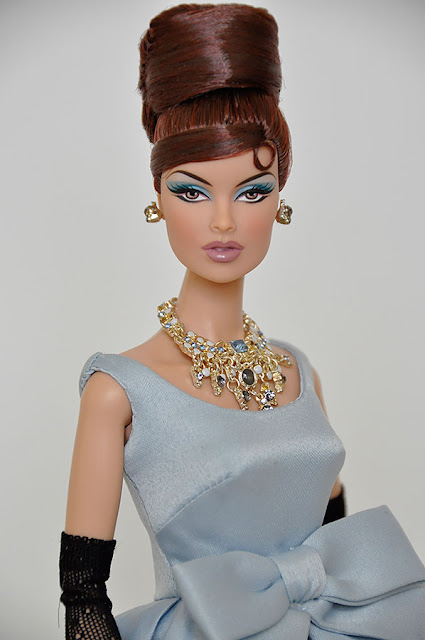 There were many beautiful versions of this mold produced between 2006 and 2010, so collectors were confused by the rationale for the mold change.  It has been rumored that the reason involves rights to the original mold 1.0 requiring IT to share a portion of the profits every time it is used with the original owner (possibly Jason Wu).  I do not know if this is true or just a vicious rumor.  Regardless of the reason, in 2011 IT put a lot of effort behind introducing mold 2.0.

There was Dress Code from The New Closeups line: 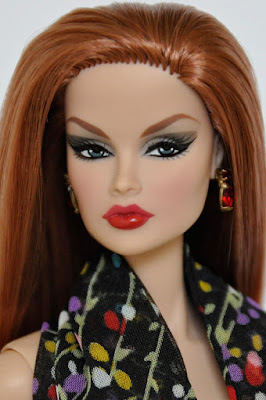 Quickly followed by Current Pursuits (a personal favorite of mine) also from The New Closeups: 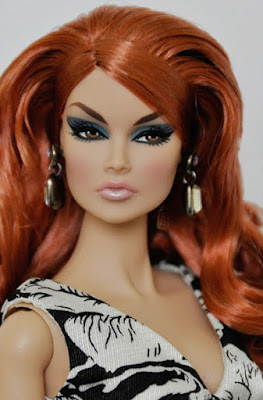 There was also a W Club Exclusive, Monaco Royale: 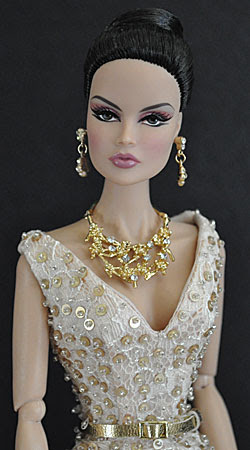 There really isn’t anything wrong with mold 2.0;  I actually liked it a lot.  But collectors of the Vanessa Perrin character refused to accept this change.  Mold 2.0 started being called “Fauxnessa”.

It was such a heated controversy that IT took quick action to fix the situation.  IT believed the problem stemmed from collector comments, “Mold 2.0 doesn’t even have an open mouth – that open mouth is a trademark of Vanessa Perrin.”   At the 2012 IT Convention, collectors were introduced to Vanessa Perrin mold 3.0 (with an open mouth).  This version was called High Point. 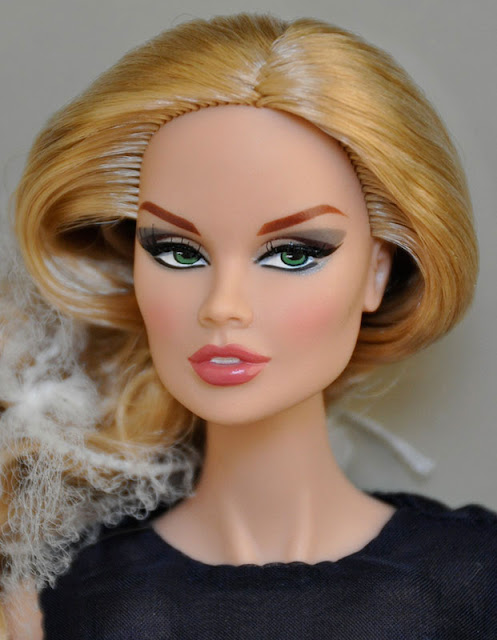 For the past six years, three versions of Vanessa Perrin have tried to peacefully co-exist. 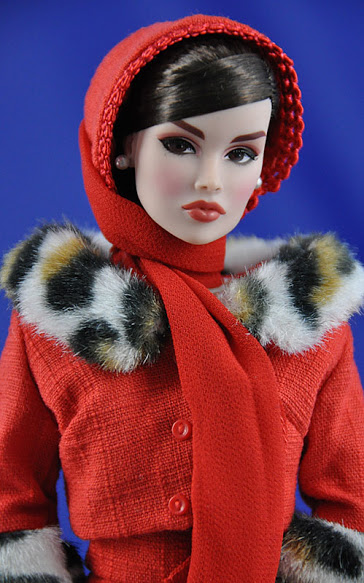 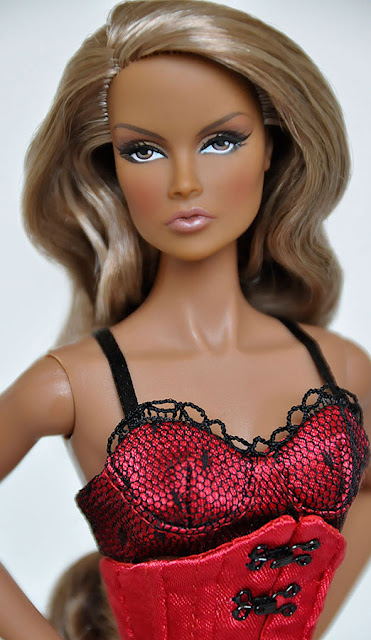 Some collectors voiced that they really liked the mold, but they didn’t like it being referred to as Vanessa, especially now that there were two other versions with open mouths.
In response to collector loyalty, mold 1.0 appeared again in 2014 as Second Skin, an AA version of this character: 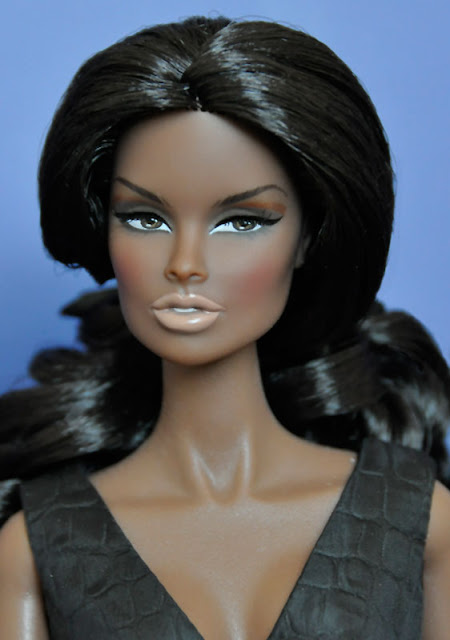 And as a Convention Centerpiece doll, Sheer Sensuality: 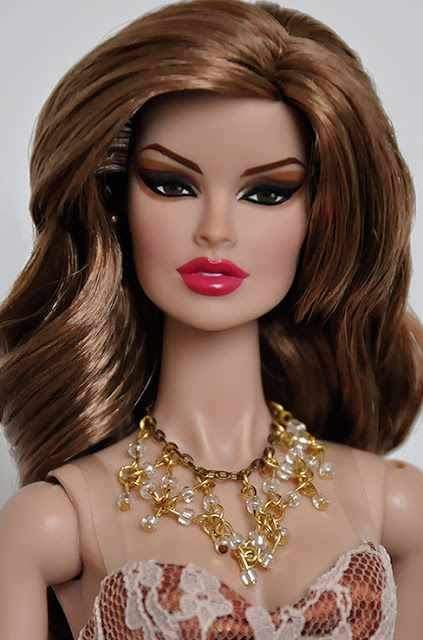 Collectors became excited when they realized mold 1.0 wasn’t completely retired but would show up occasionally.

In 2018, IT designer Jessy Ayala made the smart decision to give mold 2.0 it’s own identity.  It became Violaine Perrin, the youngest Perrin sister.  We got Beyond This Planet, a NuFace doll.  Unfortunately, my doll had a “skipped” spot of paint in lip stick and a dirty spot on her cheek that I couldn’t wash off.  I had to ask for a replacement. 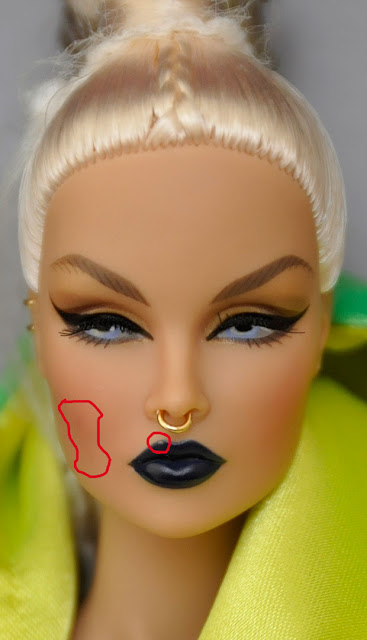 The replacement was perfect, except for the “gray wash” on the sclera.

Sometimes this gray works, sometimes it does not.  Sometimes it is too dark and makes the eyes muddy.  Some collectors have referred to the effect on Violaine as making her look like a zombie.

I am not a repaint artist and can never make such a claim.  Any time I’ve needed a correction or fix, I’ve always sent the doll off to an actual artisan for a spa treatment.  Unfortunately, I was faced with sending all my 2018 dolls off to have this done.  That wasn’t going to be cheap.  It would also require me taking off all the heads and then putting them back on.

Since I had a replacement head in hand, I decided to try correcting the sclera myself.  I used my father-in-law’s watch repair classes, a 12/0 spotter brush, and the paint color “Gray Shadow”. 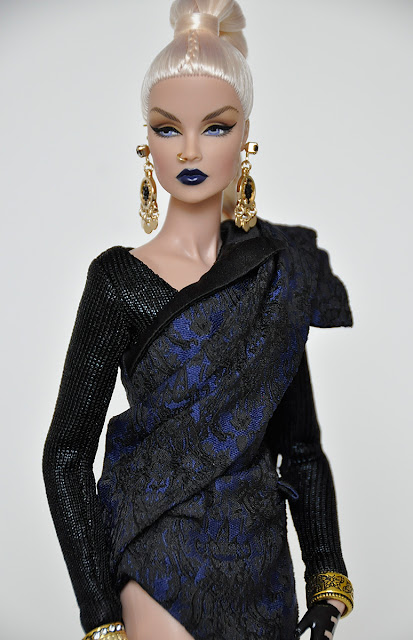 I think I did a fairly decent job.  I really prefer her with the sclera change.  I also changed out her legs with a pair from a The Industry doll, so she could wear those cute little denim thigh high boots. 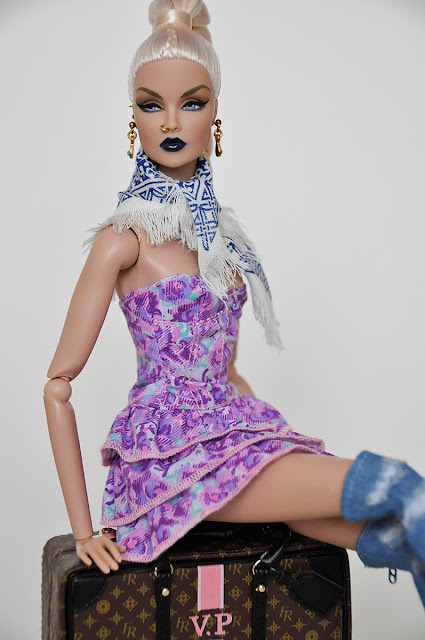 So you can better see her face ... 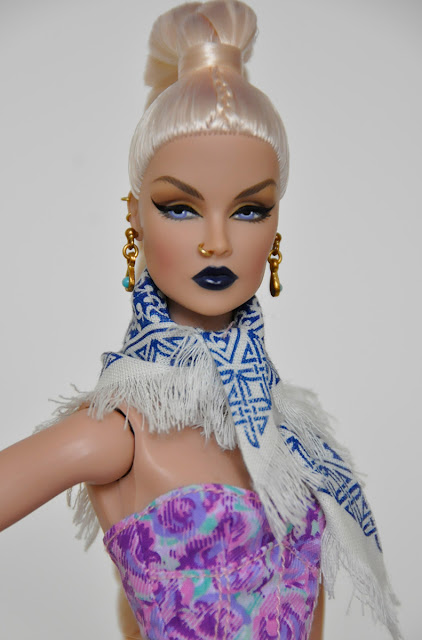 Here she is wearing a Barbie sweatsuit/dress. 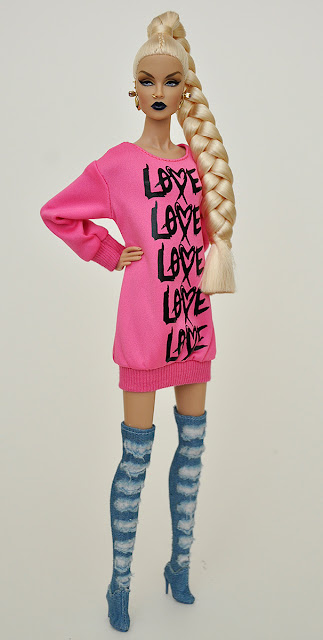 And another closeup of the face. 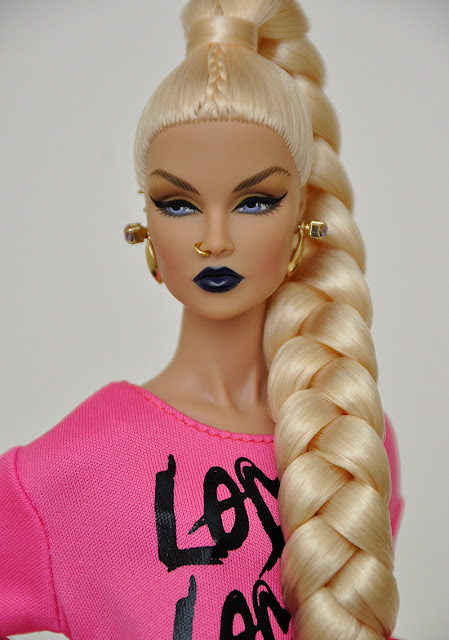 Apparently, Violaine Perrin has found a spot in my collection.  I love the replacement head with the sclera correction.  She is #7 of 2019.