This was a weird year for fashion doll collecting. For me, personally, it started out strange and kept getting more and more odd as it progressed.

I joined the Barbie Collector Club in 1997 and remained a member for the first four years - it became the Barbie Fan Club in the early 2000's.

Barbie collectors remember the fiasco of the 1990's when Mattel over-produced their "collectible" dolls.    Prices on the secondary market plummeted quickly.   It caused quite a stir and left some seriously bad tastes in a number of mouths - mine included.

I left the rubber mainline dolls and moved to the Silkstones (and eventually to Fashion Royalty). In 2012 I sold most of my Silkstone collection - only keeping about a dozen of my favorites.

Somehow, Silkstone seduced me back during 2013. When I saw Boater Ensemble Silkstone, I couldn't resist. This doll is so different from anything in my collection. It's so modern, yet retro chic at the same time.

I joined the Barbie Fan Club (for the first time in over a decade) just so I could purchase this doll. 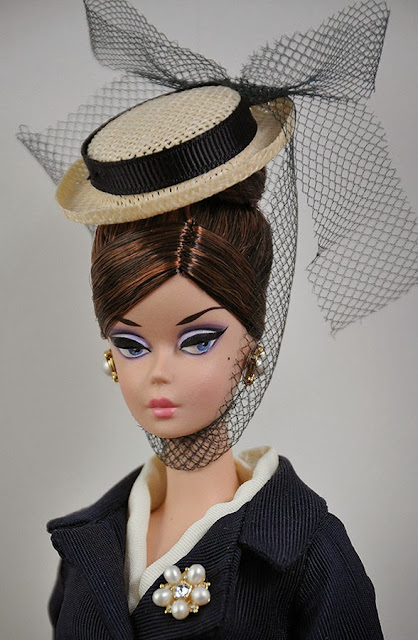 Other Silkstones who made it into my collection in 2013 were Luncheon Ensemble.

What can I say?  I am a sucker for a redhead.  I think the construction of this ensemble is gorgeous.   It is one of my favorite ensembles of the year.

Although she hasn't been released from her box yet, Cocktail Dress Ensemble is here also.

I believe Mattel did a fantastic job with the Silkstones of 2013.  I do not own the Mermaid Gown or Ball Gown.

But for now, I can't stop looking at my Number 10 - Boater Ensemble. 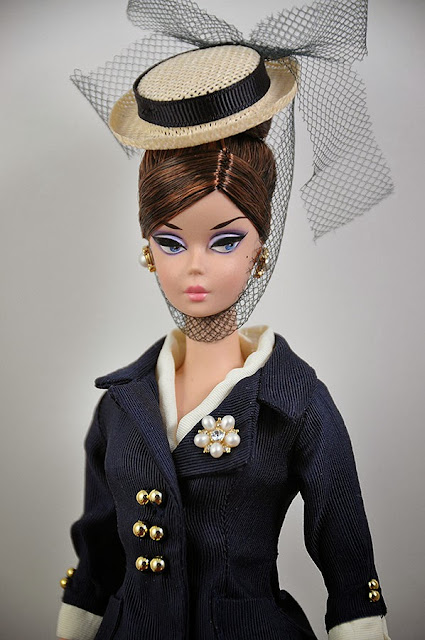 Posted by Desperately Seeking Dolls at 11:14 AM 3 comments:

Today, I caught Chaundra delivering a letter to Santa. It was being sent Special Delivery. 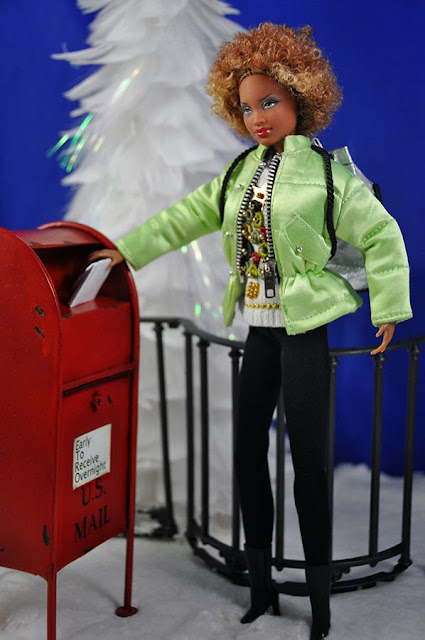 Let's get a better look at that letter … 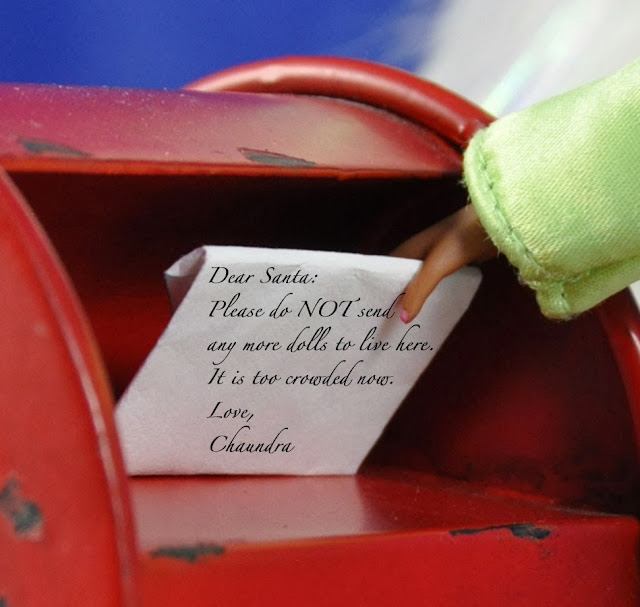 "Chaundra! How could you??" 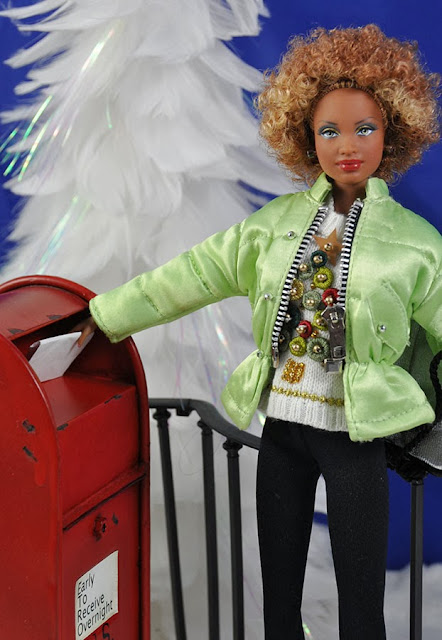 "Don't shoot the messenger …. your husband wrote it."

Agnes seems to be having difficulty getting into the holiday spirit. 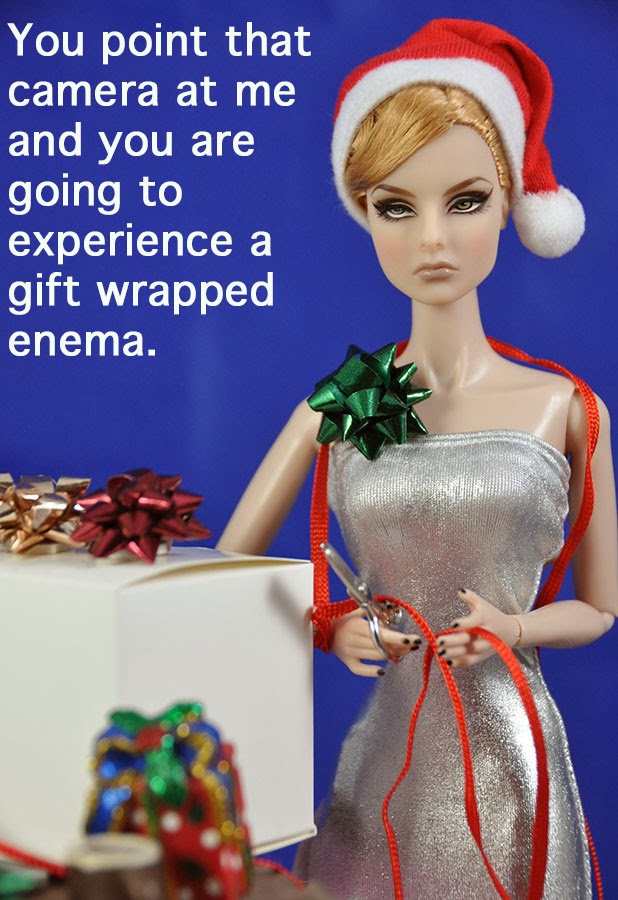 "I thought I had a staff for this!"