Sadly, Some Good Things Do Come To An End ...

It's taken me a long time processing the news that Robert Tonner has discontinued all his commercial doll lines.  Many years ago, I collected Sydney Chase and Tyler Wentworth dolls.  When Integrity Toys came out with their taller dolls with better bodies and articulation, I sold all of my Tonner girls even though some of them were designed with the most beautiful and detailed clothing!

I remember losing my mind over Tonner's Tiny Kitty line which appealed to the classic side of my collecting.  Sadly, those, too, have gone to new homes as I have narrowed my collecting focus.

I was very impressed with the Deja Vu line and have added one to my collection.  I keep thinking about finding her a new home, but she just seems to like living here.  I posted a blog about her in 2015: Deja Vu Blog Post .  Agatha Primrose, a relatively new line, captured my attention; however, I somehow managed to resist.

One line that continues to pull on my heart strings is Ellowyne Wilde.  For some reason this doll holds a very special place in my collection.  I had to sell many of my Ellowyne dolls when I remarried.  Those I managed to keep were boxed and stored until they were unearthed in 2014.  I blogged about them at that time:  Ellowyne Wilde Collection .

Once I resuscitated my Ellowynes, I added a few additional versions to "flesh out" my collection.  Since Tonner's announcement, it is becoming more difficult to find Ellowyne on secondary market at a decent price.  One doll that I had been looking to add to my collection was All Natural Lizette (2014).  She is a friend of Ellowyne's and a collector favorite.  I finally got one this spring.  Here's Lizette wearing Spring Awakening (2010),  an Ellowyne exclusive ensemble. 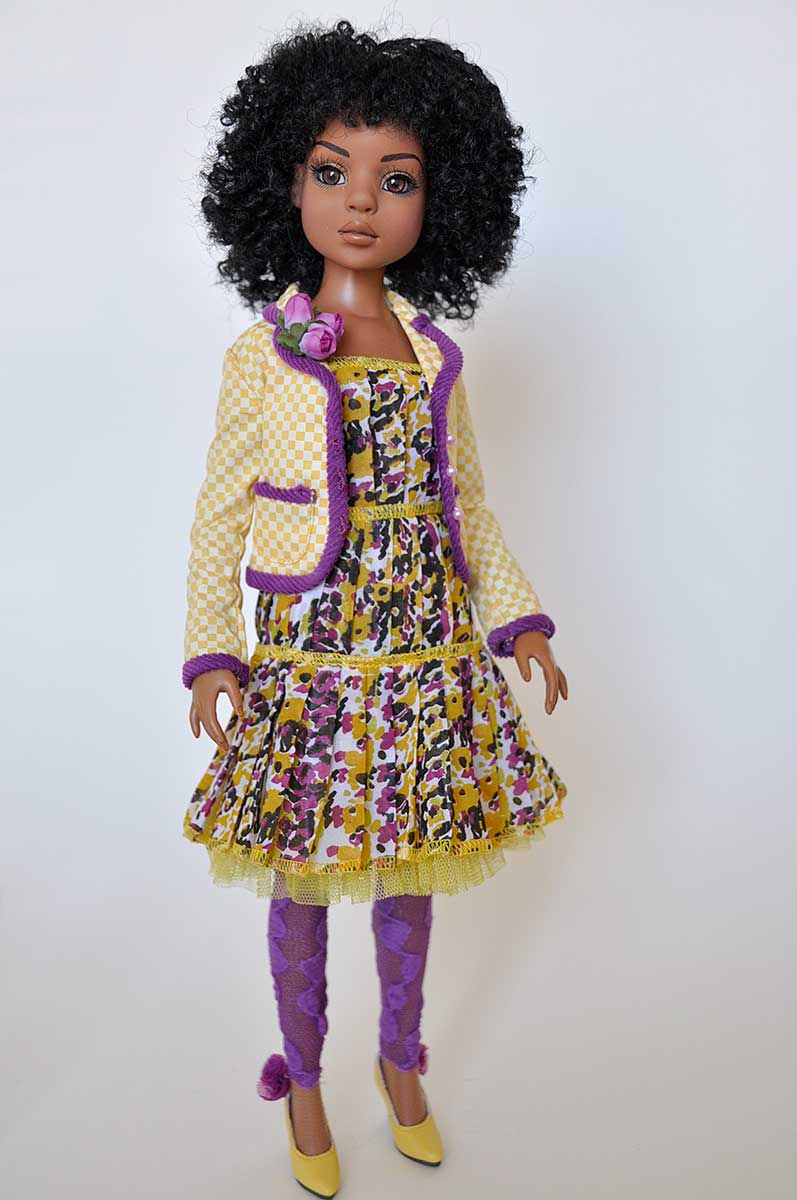 I couldn't believe my luck when I opened the package and found several outfits included in the purchase!  One of these was a Woeful Green Dress (2009) that I had been trying to find.  I even found the tights that went with them at a sale!  I knew there was only one model for this, Sweetly Sullen (2009).  Sweetly Sullen has been here a few years and is named Brie - short for Brystol. 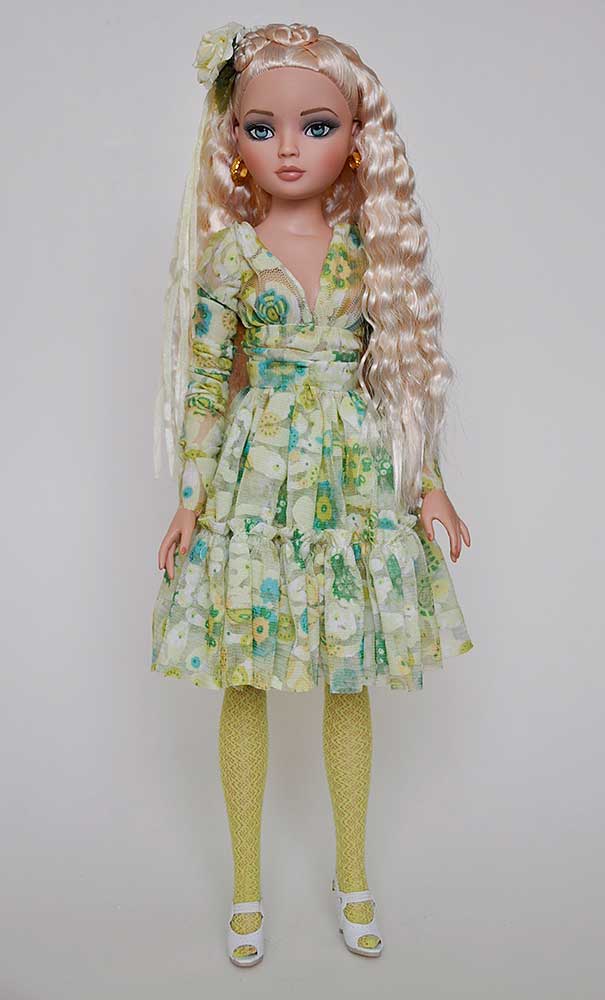 Another doll that has been on my watch list is Essential Ellowyne 4-Brunette (2011).  You cannot imagine my excitement at finding her on e-bay enhanced by Bev of Enchantment with a good BIN price!  She is named Daelyn.

I often visit the doll board Ellowyne's Ennui, and the members there are very kind and generous.  One of them helped me acquire another doll I felt I couldn't live without, Always Playing Solitaire (2008). 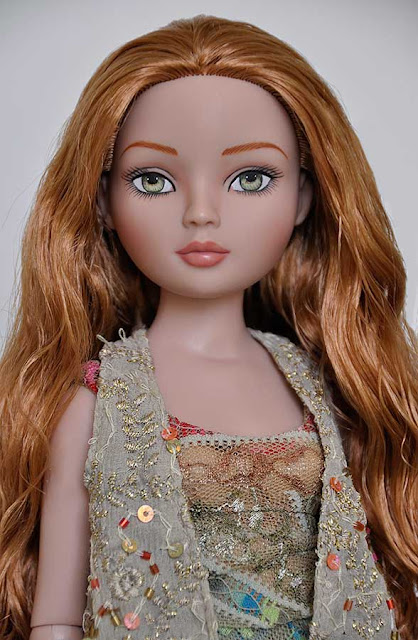 One of my 2017 goals was to bring my number of Ellowyne dolls down to 12.  It just doesn't look like that is going to happen.  With Tonner's decision to no longer produce this line of dolls, I don't think I want to let any more of them go!  I definitely wanted to keep at least one of each of her friends.  In addition to Lizette (above), I have my favorite Amber, A Dark and Stormy Night (2011 -wearing her stock ensemble). 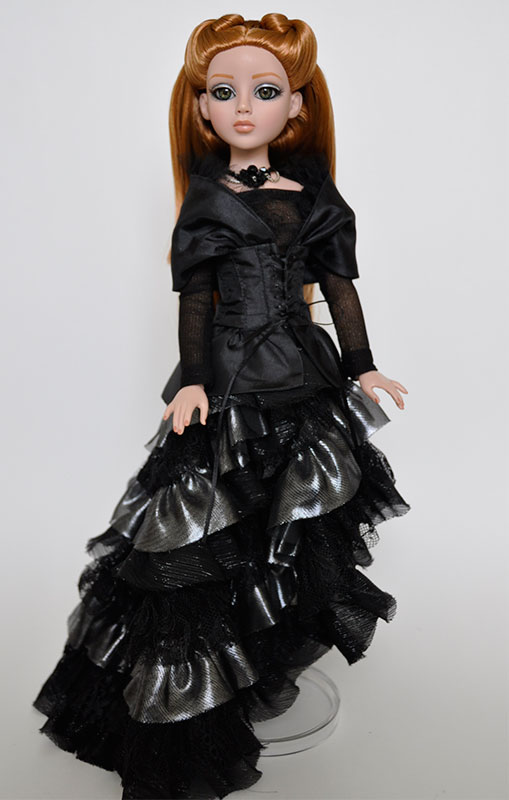 She has such phenomenal eyes and redresses so well! 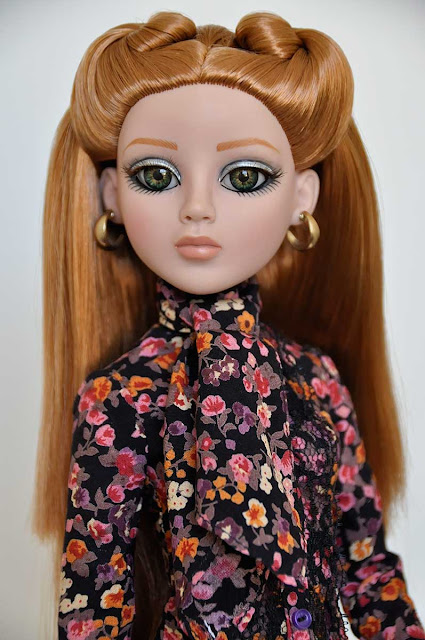 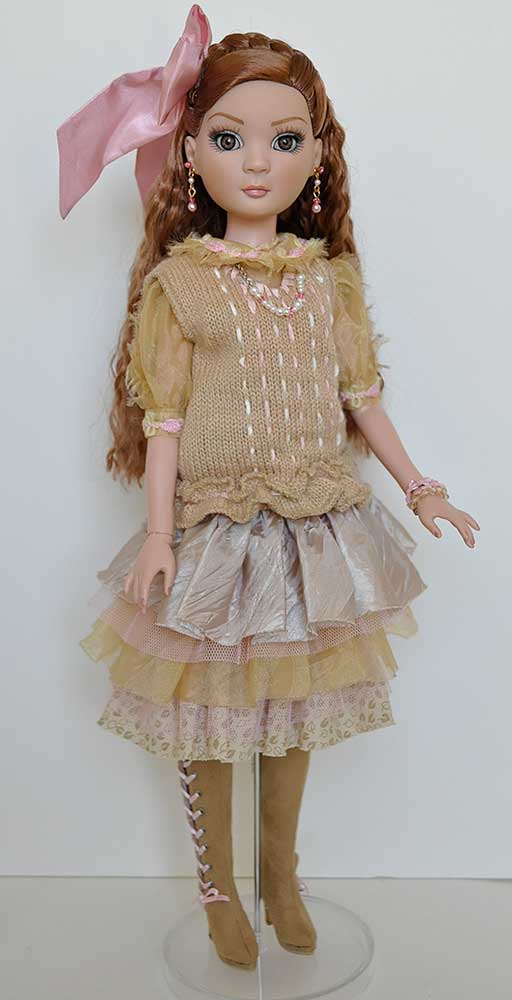 And some of my favorite Ellowynes (by year produced) ... 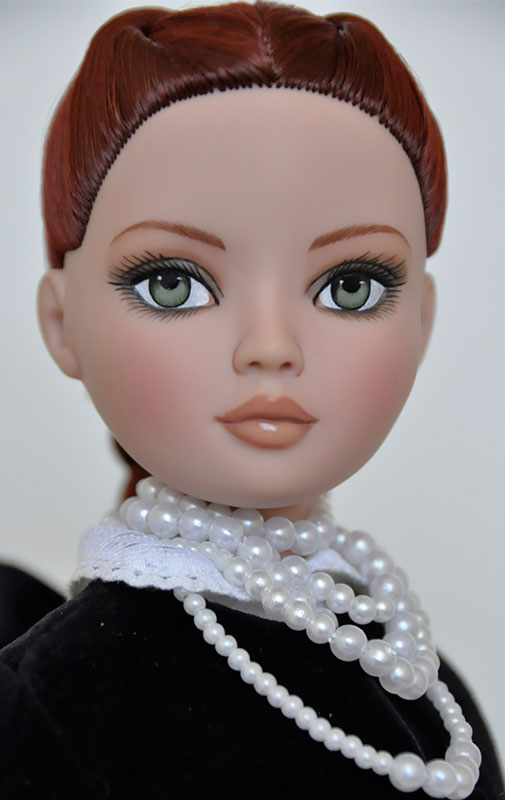 My first Essential Ellowyne (2006) was the original blonde version.  Look at the intricate detail in that hair! 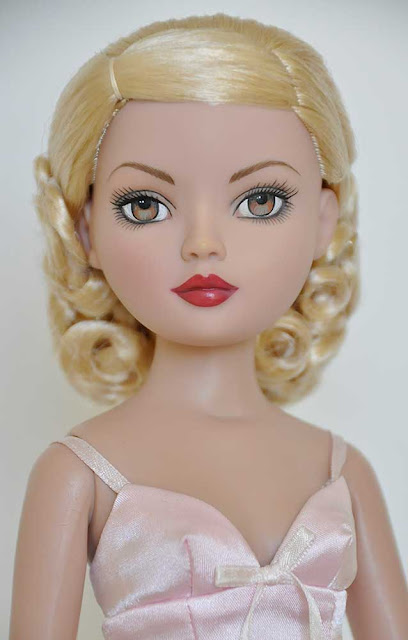 I remember when I saw this doll on the cover of the very first Ellowyne Wilde catalog ... there was no doubting that Tatters (2007) was going to live here (another that has never been taken out of her original ensemble) ....

Then came Pale Memories (2008 - I just can't bring myself to redress this flower child either) ... 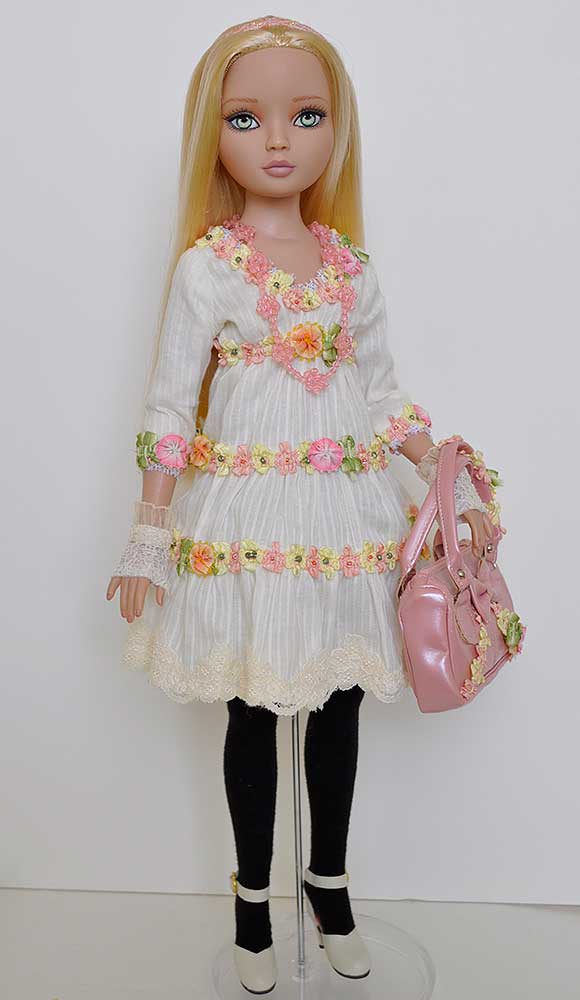 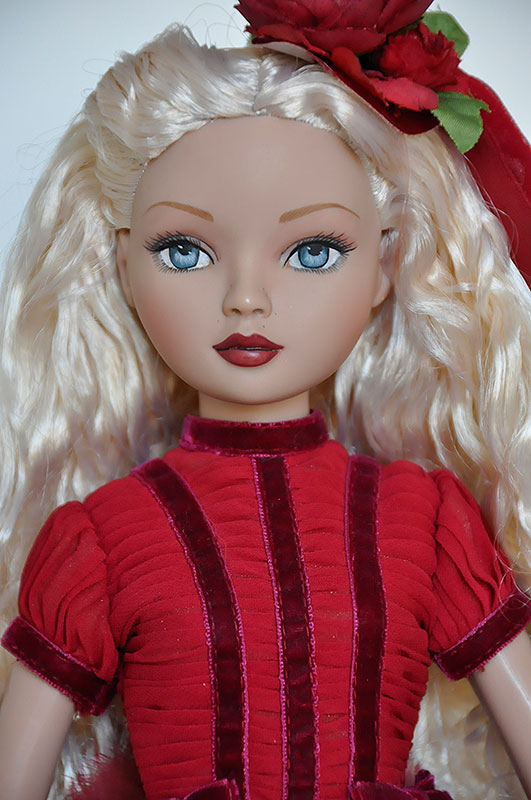 I realized I was beginning to have too many blondes, so Essential Ellowyne Too Brunette (2008) came along.

Then, of course, we have the first "wigged" Ellowyne I ever purchased.  She is Wigged Out Too (2009).  She is also the first Ellowyne with inset eyes to join my collection. 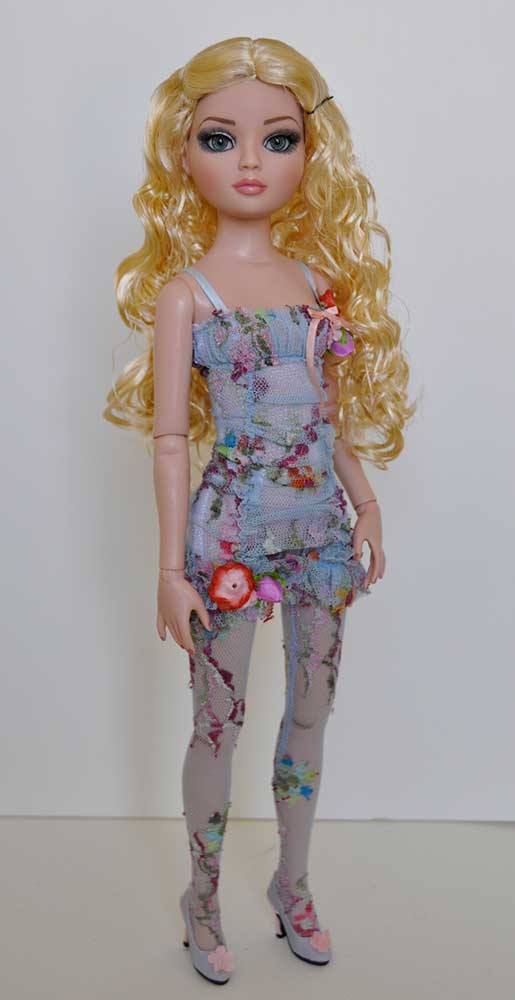 Even though she is blonde, Mistakenly Sad (Brittany - 2010) became an instant favorite here.  She is my only doll that wears glasses all the time! 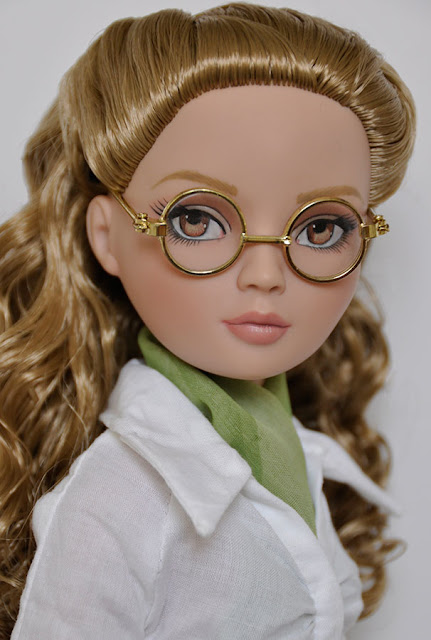 Also arriving in 2010 was Prudence Dressed Me.  Unfortunately, I purchased her nude on secondary market, so I don't have her original ensemble. 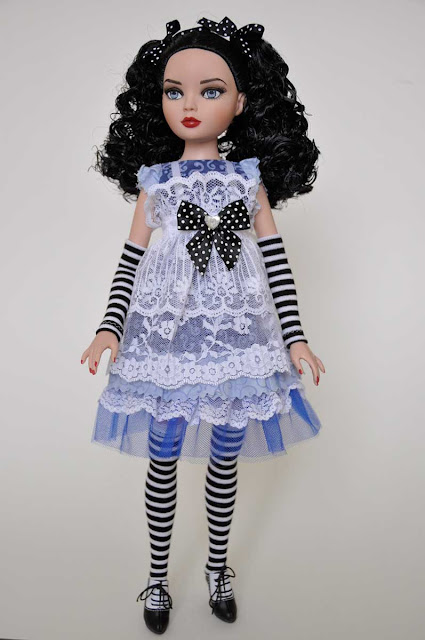 I also got An Empy Thrill (2010) on secondary market, nude.  I wish I could find her complete ensemble at a good price. 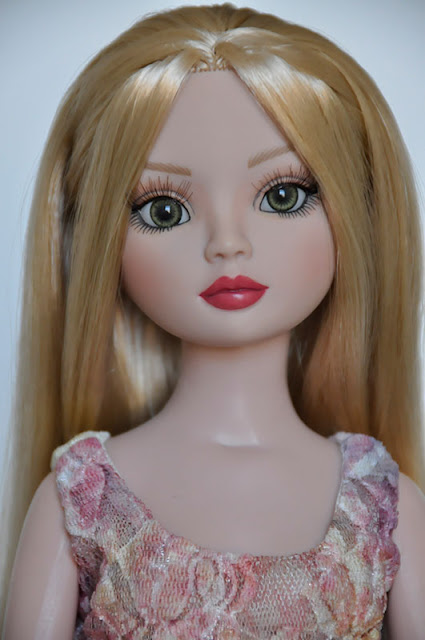 And Tonner started experimenting with inset eyes with the Essential Line, I adore Essential Ellowyne 3 (2010) who is the first wigged essential doll.  I was lucky enough to purchase her wearing this Woeful Pink Dress, correct Woeful Light Tights, and some super nice pink boots.   I got her, An Empty Thrill and Lonely Heart from the same collector!

Then I decided I needed to add another redhead.  Here's Essential Ellowyne 4 (2011).  I have all versions of this Essential doll. 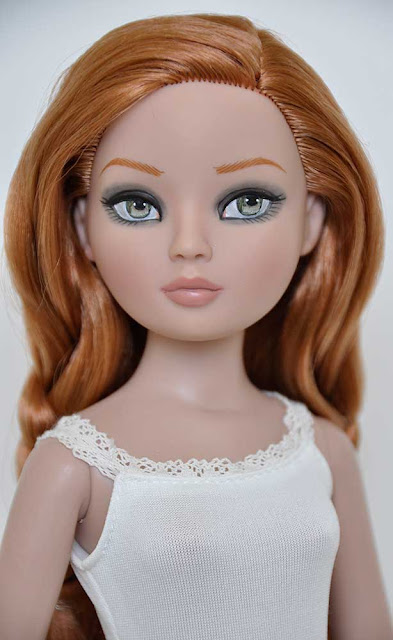 In addition to the brunette above (Daelyn), I also  have the Essential Ellowyne Blonde 4. 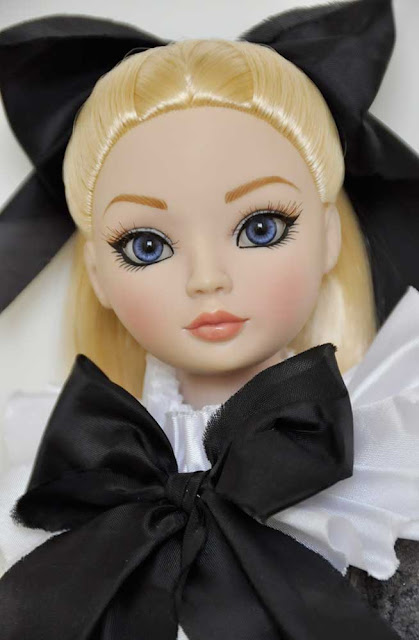 Next to come along was Essential Ellowyne 5 Brunette who we call Fern (2012). 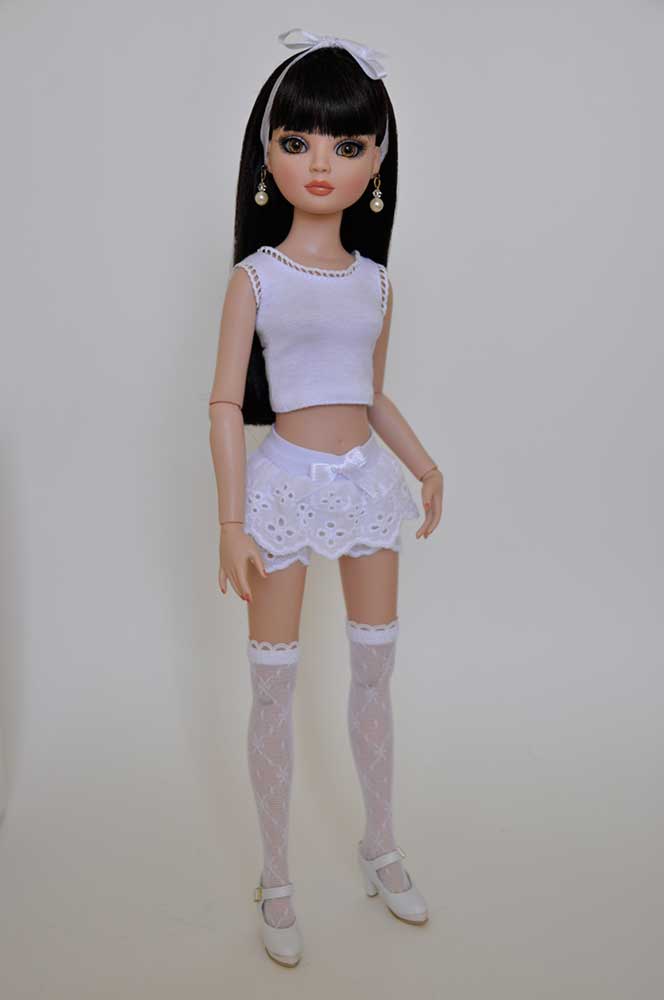 Excluding All Natural Lizette above (2014), only two other Ellowynes came to live here from recent productions (both from 2015).  Here is Romance and Whipped Cream with her beautiful strawberry blonde curly hair. 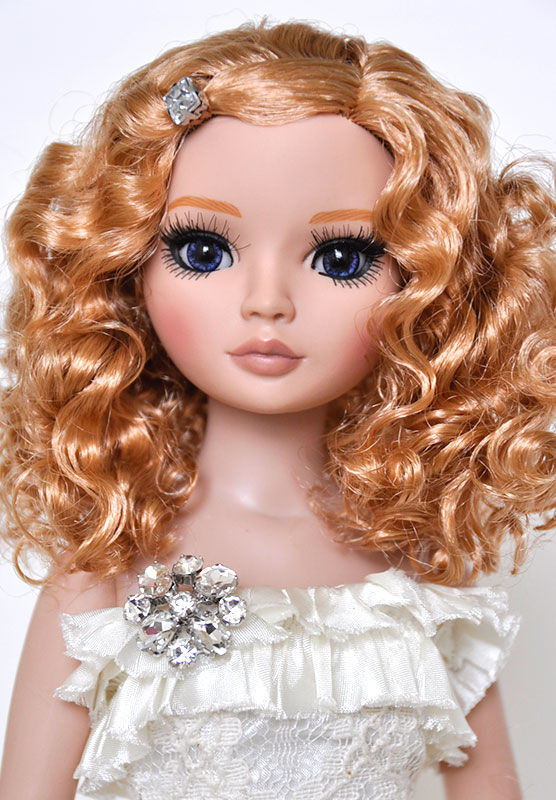 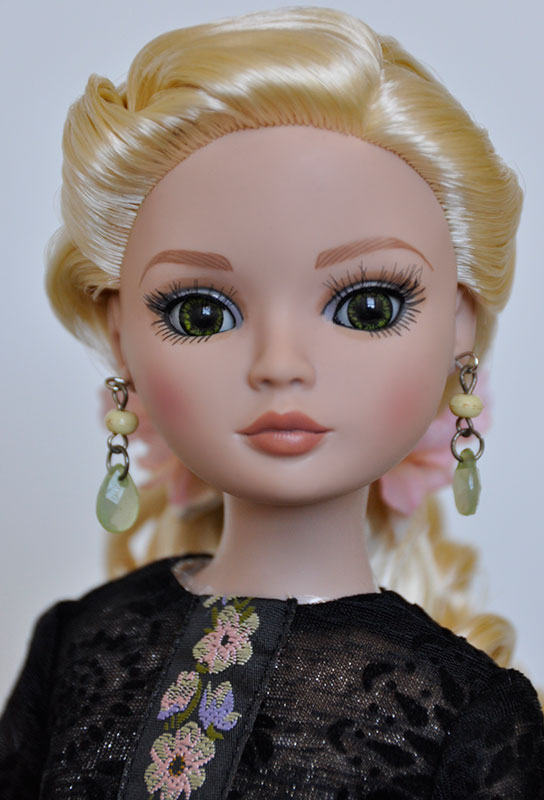 Do you think this was enough?   Before Tonner announced the demise of the line, I had started trying to add a few dolls that I had missed over the past several years.   I am lucky to have ten NRFB girls for those moments of ennui that I experience myself.  (I am still looking for four dolls and I will consider my collection complete:  EE2 Blonde, EE2 Red Head, I Wait Alone, and Tears of Endearment.  Who am I kidding, there are several others I wouldn't mind adding to my collection!)

The original story behind Ellowyne is that she lives in her grandmother's house which sits on a fault line in San Francisco.  She loves frequenting Thrift Stores and often visits her psychiatrist, Dr. Bantam, because she suffers from chronic ennui.  I believe the first several years of production were magical.

Although there were exceptions, I found most dolls produced after 2012 less interesting.  There were often production issues with eye placement or staining from clothes.  Quality control seemed to drop a little and many of the cute little details began to disappear.

Then the line began to wander from its original storyline; we started seeing dolls with names like "Ship Shape," "Summer Breeze," "Rock Royal," "Right on White,""Totally Coolness," "Delicate Balance," and "Seventies Sweet".   I don't know if this was attempt to reach more mainstream collectors, but those of us who are drawn to Ellowyne began to miss our bored girl who was constantly dissatisfied with the world.

It is difficult to accept that there will be no more Ellowyne Wilde dolls offered to collectors; this makes those currently residing here only more precious.   Fortunately, there are many wonderful artisans that support the Ellowyne line.  I don't anticipate my love for her fading any time soon.


Posted by Desperately Seeking Dolls at 9:44 AM 5 comments: