With the release of a phenomenal convention collection and the future use of only the new FR2 body, I was feeling a little reflective of where my addiction to these dolls actually started.

Unfortunately, Integrity's timing wasn't the greatest for me.  In 2001 Mattel had launched their premium line of Silkstone dolls.  Having been a collector of both vintage Barbie and modern collectibles, I jumped on the Silkstone train at its initial launch.  At $40 each, the lingerie silkies were a great deal for the quality collectors saw.  I remember holding those first Silkstones in my hands and marveling at their soft, heavy bodies.  It was love at first sight.

When Integrity Toys introduced their line a couple years later, I was already an avid Silkstone collector.  Although I was intrigued by the "Close-Up" dolls of 2001-2002, I didn't believe I needed anymore dolls in lingerie - already owning seven lingerie Silkstones.

I can still remember thumbing through a doll magazine and seeing a photo of the 2003 Flame Rouge Veronique.  I knew I had to own this doll, and I still have her in my collection.  She has been transferred to a taller body and redressed many times. 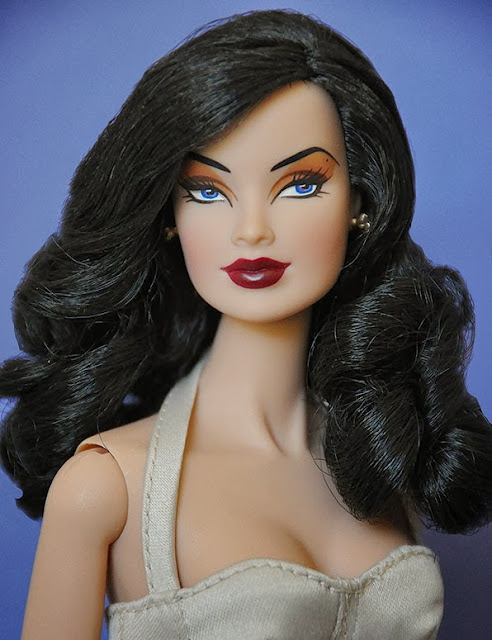 During my years of collecting Fashion Royalty, I have owned many of the earlier dolls.  Unfortunately, I could never warm up to the Adele (version 1.0) and have sold all versions of her from my collection.  I have also sold many of my earlier Veroniques; however there is  one version that I sold, regretted selling, and re-purchased - the 2004 Diamond Dusted.  She has also been put on a taller body. 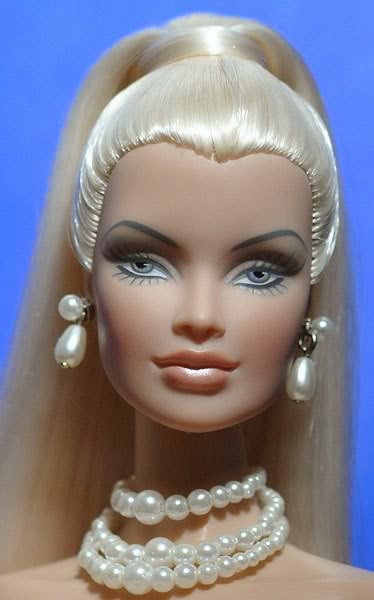 The earlier Integrity bodies started yellowing and became brittle.  For collectors who transfer the heads to the taller bodies, this isn't a bad thing.  For those who do not re-body dolls, it was a nightmare.  Another Veronique from 2003 that I had always wanted to add to my collection was acquired recently at a great price.  Until the problem with the earlier bodies, this doll usually sold for $150+.  I was able to add this doll Mint-In-Box to my collection for $60.  She immediately was put on a taller body.  She is Chic Escape Veronique. 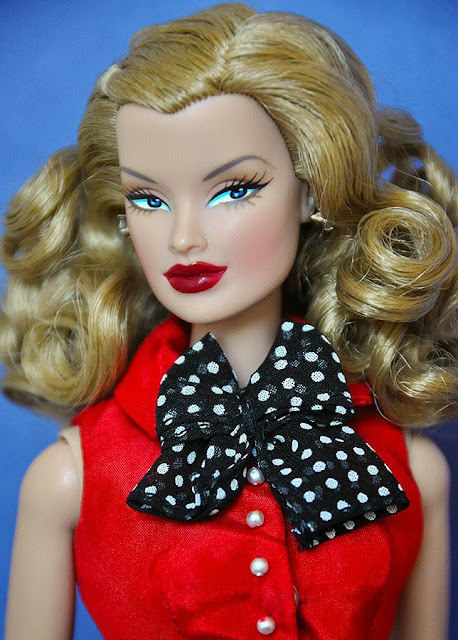 2004 was a great year for Integrity Toys.  In addition to Diamond Dusted, I still own eight other dolls from this year.   I've often considered selling these dolls.  They don't have applied eyelashes.  Some of their screenings aren't the most realistic.  I still enjoy redressing them and just cannot bring myself to let them go.  Dolls like the 2004 Sheer Goddess Veronique. 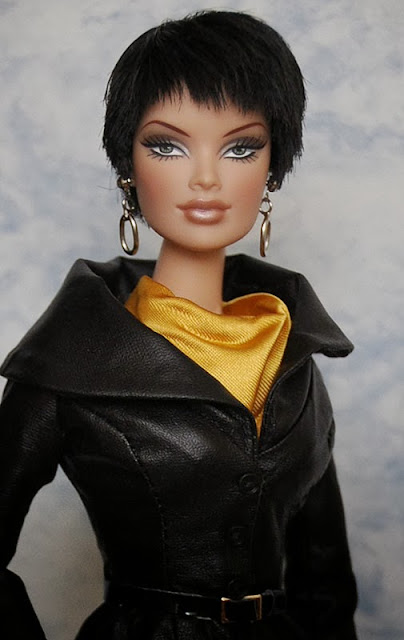 The last Veroniques produced with this mold were released in 2008.  As Integrity moves forward with the FR2 body for all mainline dolls, I need these girls around to model some of the remarkable clothing I've collected over the past ten years.  They have a timeless beauty and deserve the continued appreciation of their fans.