I Guess I DO Collect Poppy Parker

I bet a lot of my followers have been waiting for this entry.  It's official.  I can no longer claim to "NOT" collect Poppy Parker.  I have become completely smitten with Angel In Blue. 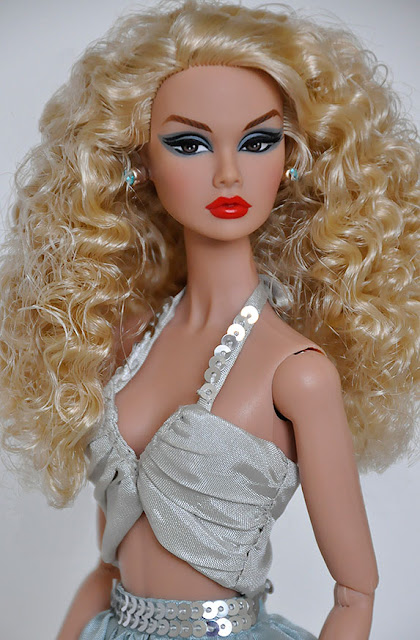 My very first Poppy Parker was actually the very first released, Summer Magic.   I had been collecting Misaki dolls for a couple years and was hoping she was the "American counterpart".  Unfortunately, they did not photograph well together.   I thought about selling her, but in some ways she reminds me of myself when I was younger.  I have brown eyes and had red hair that I wore in a bob with bangs.  Although I sold  all of my other Poppy Parker dolls from 2009 - 2011,  I was unable to part with Summer Magic and one other. 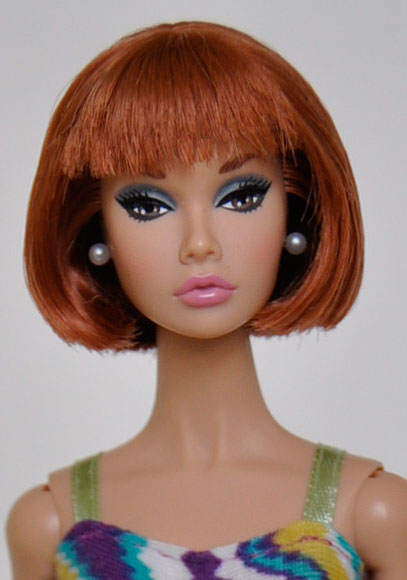 That other was I Love How You Love Me.  Those who have been collecting these girls since the beginning, know this doll fondly as the subject of "Poppygate".   She was an exclusive and collectors crashed sites repeatedly trying to acquire her.  She was so difficult to get that I could never sell her.  (Also, I relaxed her hair out of this style - which I regret) 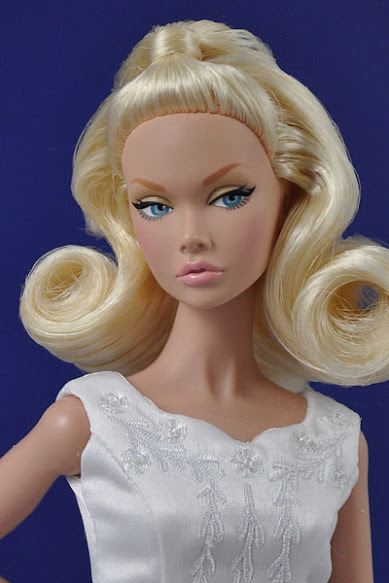 In 2012, I had to have She's Not There wearing the Bus Stop Darla Daley ensemble.  She looks just like the Twiggy museum mannequin.  She's never been redressed.  I consider her a miniature piece of pop art. 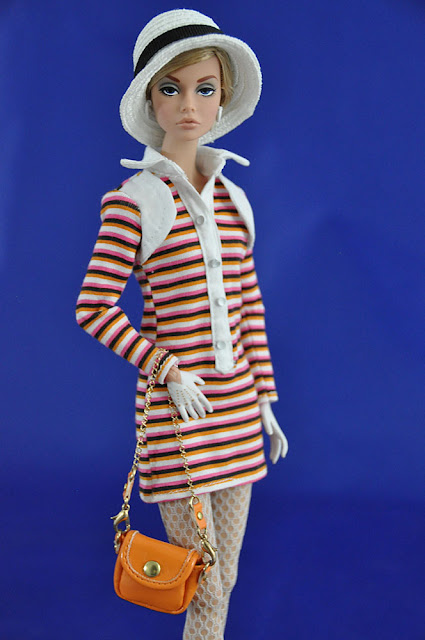 I also kept Hot Dots Poppy as a souvenir from the only doll convention I've ever attended. 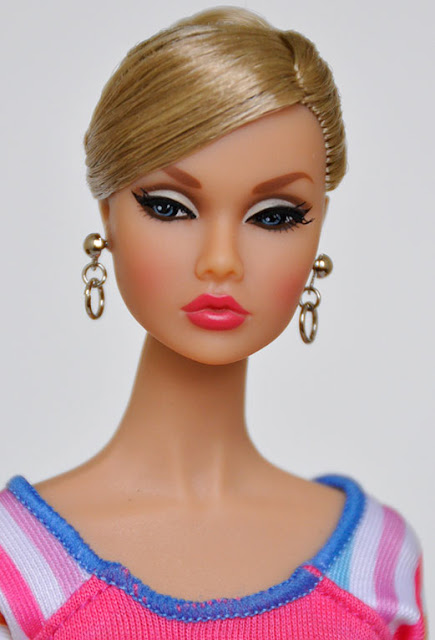 Four dolls does not a collection make - at least that was my reasoning.  After all, I had sold thirteen other Poppy Parker dolls from that period.  I was definitely less of a Poppy Parker collector than someone who collected them, right?

Then in 2013, we got the "1965 International Fair Collection".  I had to have all of them plus the To The Fair tour guide.  This was a mini-collection that was truly remarkable.   I was definitely teetering on the edge of becoming a full fledged Poppy Parker Collector.   The photo below is of Irresistible In India with To The Fair. 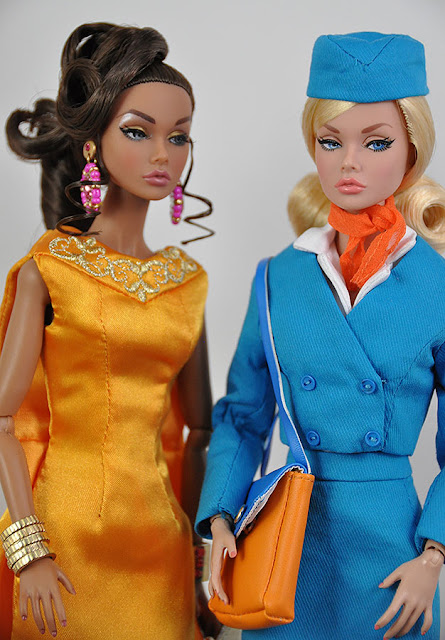 Fortunately, I was able to avoid the entire 2014 Spy Theme.  I reasoned that if I could resist an entire line, I wasn't a true, red-blooded Poppy Parker collector.  Since it was Poppy's 5th Anniversary, I did allow myself the W Club Exclusive, Joyous Celebration: 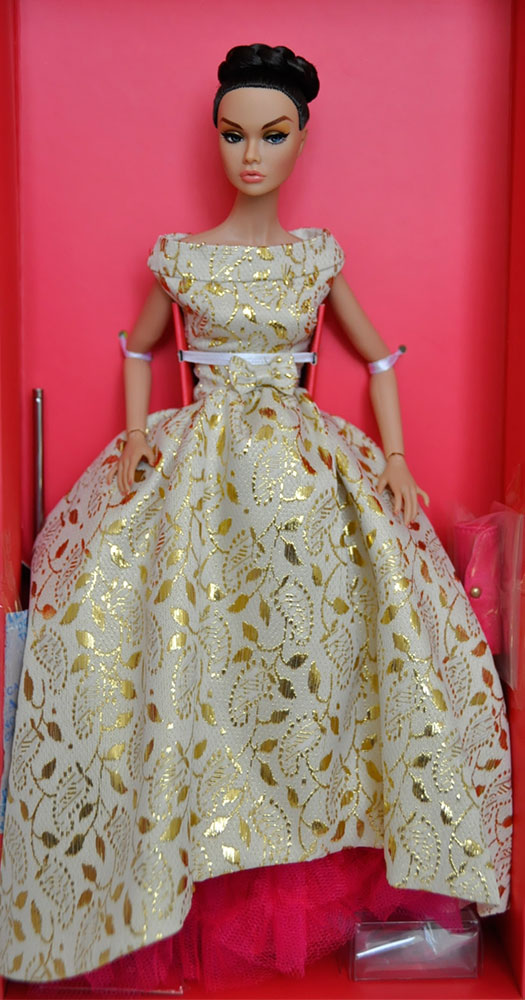 and recently was able to pick up That Holiday Feeling: 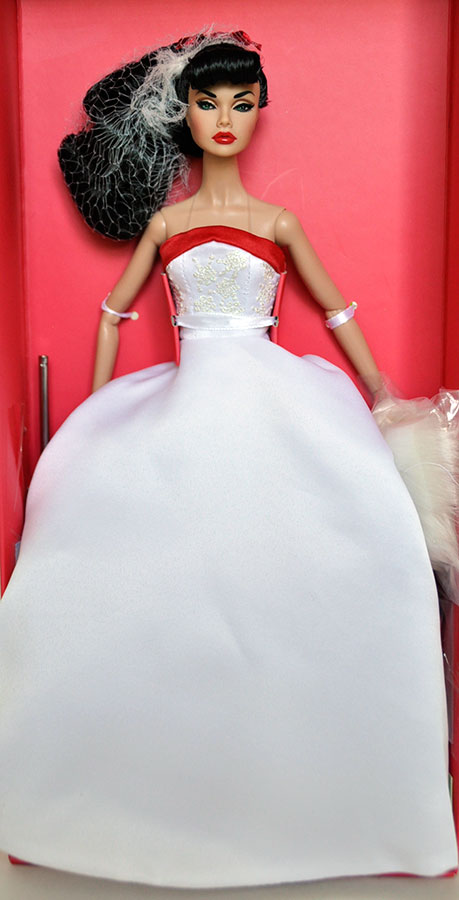 I was very disappointed when my number wasn't drawn in the lottery to purchase That Holiday Feeling, but when dolls started shipping, I was glad to have missed her because many of the dolls had very bad hair.  You can't imagine my happiness at finding this one on secondary market at an incredible price.  And her hair is PERFECT! 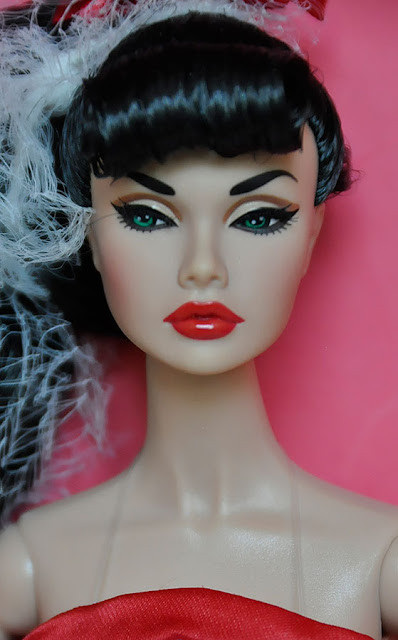 When Integrity Toys revealed the 2015 line, I knew there were three dolls that were coming to live here.  There was no way I was going to pass on the first African American Poppy Parker, Midas Touch.  She arrived last week but hasn't had an official deboxing yet.  Here is a special preview photo!

Spring Song arrived a few weeks ago, but she had an eye screening problem.  As you can see, it looks like she had a heat stroke while waiting on my porch in the hot June sunshine.  She is the first doll of 2015 that required me to contact Patient Care for a replacement.  (The left eye screening is way messed up!) 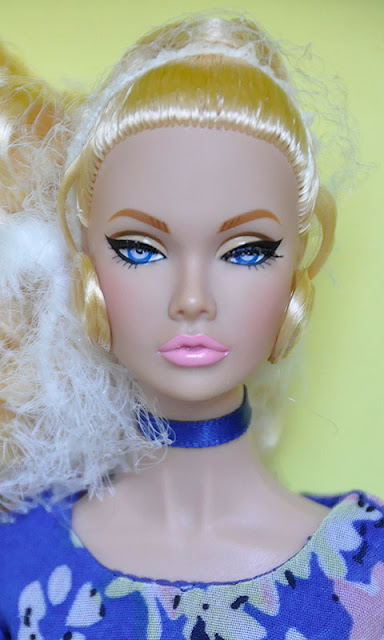 The replacement Spring Song arrived this weekend after being reported to Patient Care on June 17.  (Not bad turn around!)  Since Integrity Dolls are produced by hand in an assembly-line, each doll can look very different.  it has never been more apparent to me than with Spring Song.  Here is the original with the replacement. 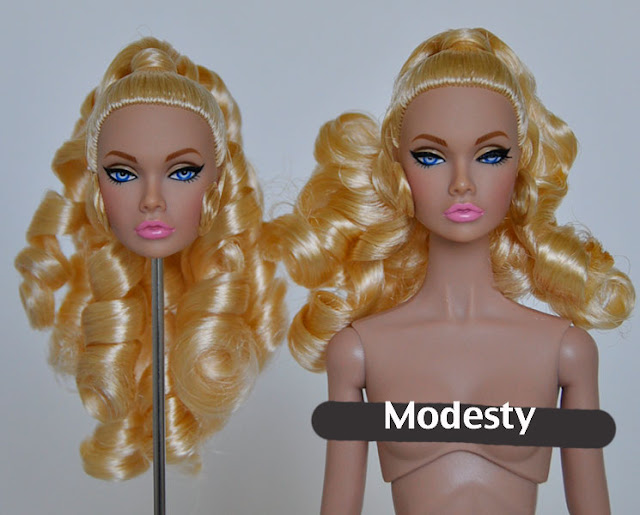 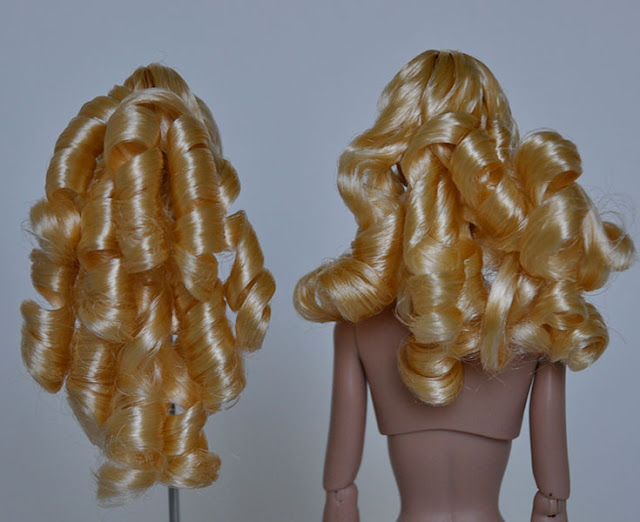 Other collectors sometimes laugh at me because I have waited long periods of time to purchase a doll that was "better" than others in the edition.   This was especially true for  Shapeshifiter Natalia, Paparazzi Bait Adele, Soul Deep Adele, and Ginza Kyori.

Here is a full length of Spring Song with her replacement head attached. 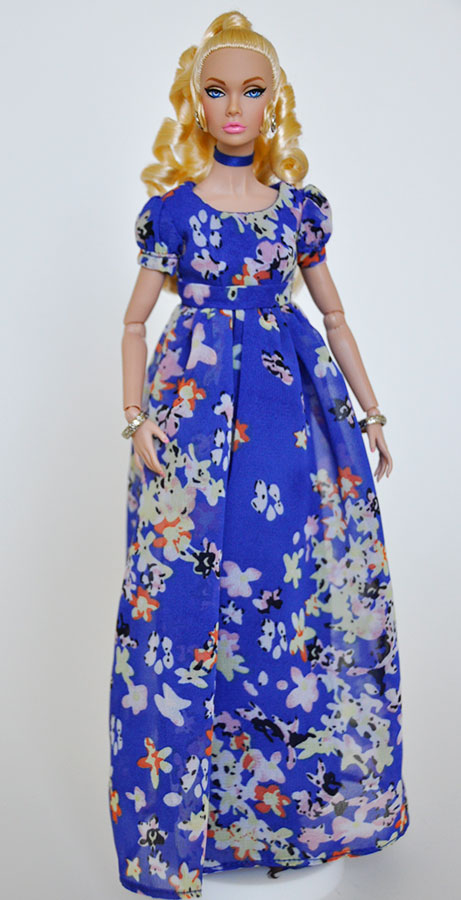 This bright blue has "Stain Alert" written all over it.  The ensemble is lovely, but my Poppies like to dress more current. 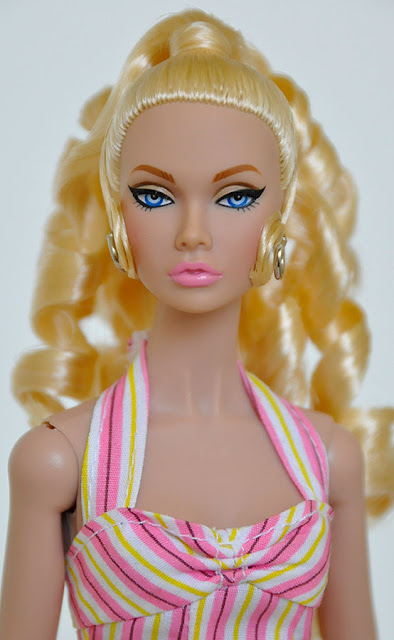 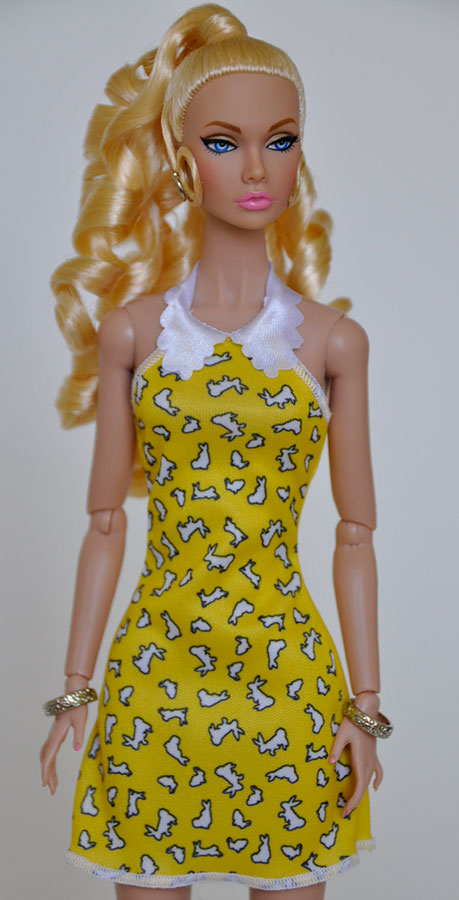 While waiting for her replacement, I got carried away with the convention collection from last year and was able to pick up Angel in Blue (above), Wild Thing (previous post), and Dark Moon (below) at great prices from one seller. 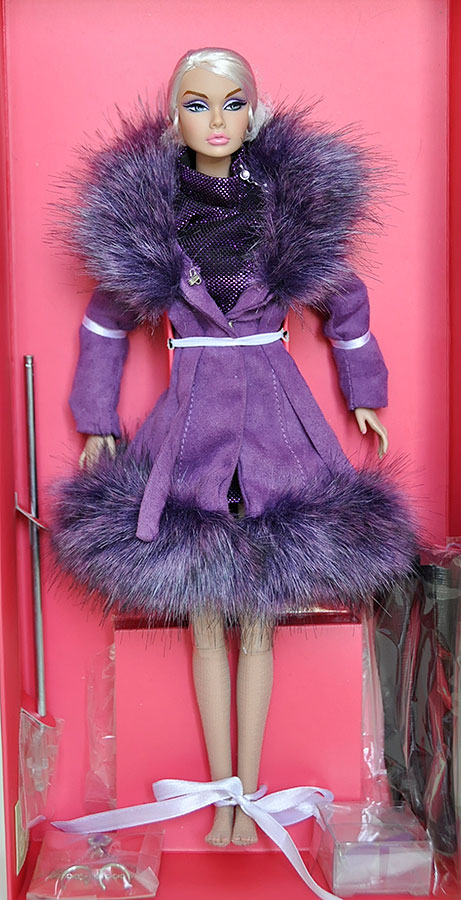 Out of this World hasn't arrived yet.  Mood Changers is expected this week, and I purchased extra bodies so each could be independently dressed. 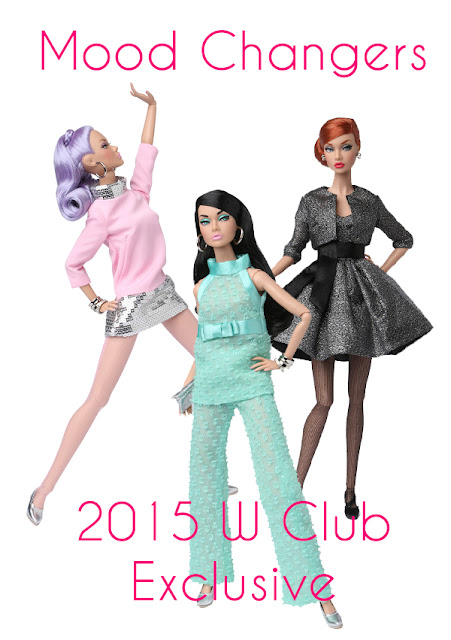 I guess, I "DO" Collect Poppy Parker.  I really do.

Posted by Desperately Seeking Dolls at 11:55 AM 5 comments:

I've not posted as much this summer as last because I started trying to organize data about Integrity Toys (IT)  products.  There are so many different molds/characters and lines that it's hard to keep track of everything.

It used to be easy for collectors to keep up with things because certain characters were usually produced in specific skin tones.  There were exceptions but there was quite a bit of consistency.  Example:  Agnes Von Weiss is typically the Japan skin tone with the exception of a couple dolls produced in the tan skin tone.  However, IT has been mixing things up quite a bit lately; in the last couple years, Integrity has added to the confusion by producing characters that were typically one race as a different race.

There is additional confusion because characters are crossing lines now also being produced on different body types.  Many collectors are switching heads and bodies but don't know what to use as donors.

I have spent a lot of time this summer developing a database.   Here is the main link:

And here are a couple easy links.  One is for skin tones only (please note that the terminology reflects what is commonly used by the collecting community and terms developed and published by Integrity Toys to describe the skin tone colors - these terms were not created by myself; it was not my intention to offend anyone):

Then I have pages for specific lines.

NuFace (Not updated yet for the IFDC dolls):

I have added these links to the left side of this blog page ease of future use.  I hope everyone finds them helpful.

I am working on Poppy Parker and Monogram databases.  Those should come available soon.  I have had several readers inquire about skin tones and characters.  I hope this will be helpful to everyone.

Posted by Desperately Seeking Dolls at 11:42 AM 6 comments: