A couple posts ago, I showed the IT Stage diorama I had started.  Since "No More Procrastination" is my New Year's Resolution #2, I decided to work more on my diorama stuff.

I found a reasonable solution to the problem with the plastic brick in my diorama.   The center panel was puckering quite a bit and wouldn't stay down.  I found a two-sided tape made by Elmer's Glue.  It states that it holds permanently.   I used some on the diorama - looks better, right?  (St. Tropez had to model the Luscious Silhouette ensemble for the photo.)

I had purchased some narrow black metal mesh drawer organizers at TJ Max last year.  By putting three of them together, they look like a wall unit.   Since the metal was uneven, they wouldn't stand straight when put close together. I decided to try tying them together.  I was looking around my house for something to use and was about to give up when I went to make myself a sandwich.

As I was putting the bread tie back on, I thought "Eureka!"    I had a little stash of these bread ties in a drawer that I had been saving.  (Yes, I realize I am just a pile-of-rotting-trash-in-the-corner's throw away from being featured on Horders.)   I went to the drawer and looked for a black one.  I had red ones, blue ones, green ones, white ones, yellow ones …. I guess the tie color must correlate to the day of the week they bake the bread or something.  There wasn't a black one.

Last week I was helping a student with his science fair project.  I had loaned him my wire strippers, so they were still on the counter.  "DOUBLE EUREKA!"   I stripped off the wires.  You can't even see the wires holding these together! 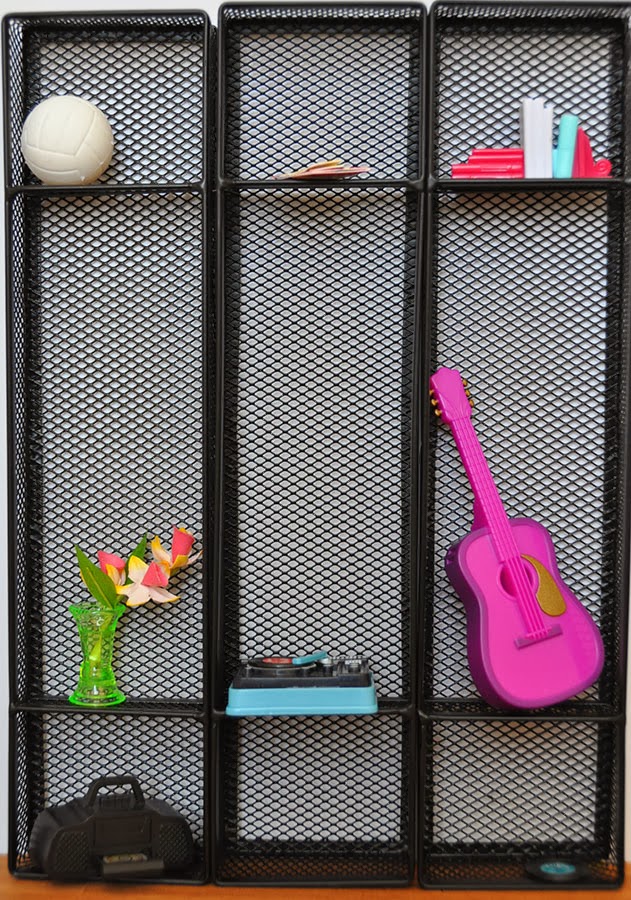 It was my original intention to use this in a different way, but it reminds me of sports lockers and would look good in a NuFace or Hommes apartment.

While I was working on this project, I remembered that I had put aside the Barbie Vintage Fur hat that has the pearls in the front.  It comes with several outfits and I had gotten it in a Vintage Lot I purchased on ebay.   The pearls are on a thin piece of metal and sewn into the hat.  The metal often deteriorates over time and becomes brittle.  That had happened to mine, and I couldn't find a piece of metal thin enough to fix it.  "TRIPLE EUREKA!"

Using the metal from the bread ties, I was able to repair the hat.   How about that?! 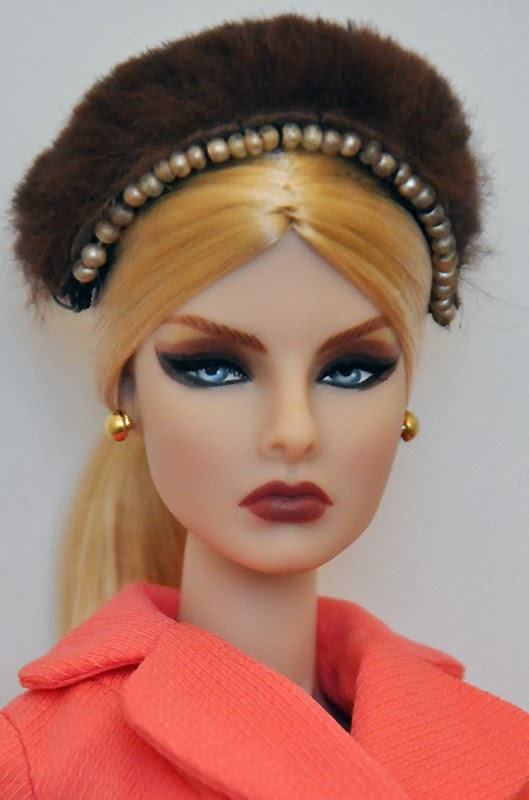 I know it's not the greatest job, but the pearls are about 50 years old!  I think it looks really nice to be that old.

Since I was working with the hat I decided to try another outfit on October Issue.   Another nice surprise.   Truly Madly Deeply Agnes's ensemble does fit! 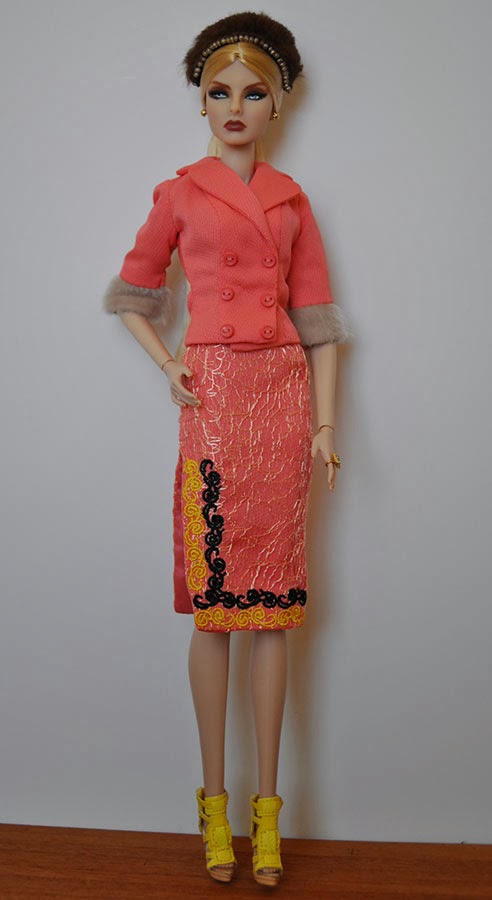 I added the shoes form Flawless Elise.   The TMD shoes were just too small.

NOTES:  First, I have been asked about the plastic brick in the stage diorama.  It is more of a "rubber" product.  It is made by Lexmar for their Christmas Villages and can be purchased from Michael's stores for $19.99 (I used a 50% off coupon to get mine).  The brick sheet comes in a roll, and one sheet was large enough to cover the entire back side of stage.  My husband said that I should have used a hand dryer and warmed the brick to take out the tendency to roll.  That may work!   It was too late for me since I had already glued parts down.   The double-sided tape by Elmer's seems to be a quick fix for my problem at this time.

I have had questions about the chairs in my last post.   They came from The Victorian Trading Company and are resin and matte black.  Here is a photo of the other two.  All three are different styles. 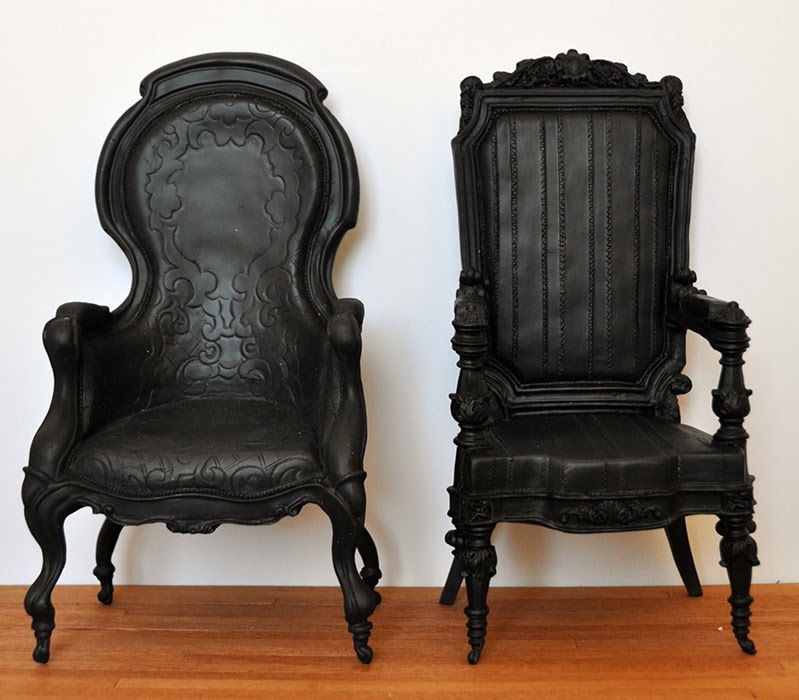 I think the silver paint helped them.   Here is the link to purchase them: