Today one of the final Holy Grails from my list arrived.   The minute I took the package from my mailperson, I knew there was a problem.  I could feel something rolling around inside.  I was hoping to take an "arrival" photo of her in the package, but the best I can do is the e-bay listing photo from the seller. 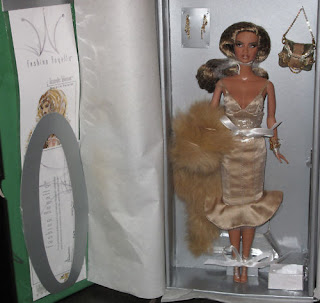 It is a common problem with the first generation Integrity dolls for the plastic to deteriorate, crack, crumble, or break.  This usually occurs in the knee or the neck.  Since it has happened to me already in the past ... Girl of the Moment, Suited Luxury, and Sheer Goddess ... I'm not as shocked as if it were the first time.

Fortunately, Cosmetic Takeover (CT) has been on my list of Holy Grail dolls for several years.  I knew that she would be taken out and put on a tall body.  In preparation for this, I had purchased Private Goddess (PG) Natalia so CT would have the handspeak system.

When I took CT's head out of the box, I knew I had to heat it to get the neck knob out.  While the head was heated, I decided to go ahead and put it on the new body; that way I wouldn't have to heat it a second time.  I quickly took my NRFB Private Goddess out of the box and stripped her naked.  I heated PG's head and removed it.  Then I heated CT's head, performed delicate surgery to get the neck knob out and popped the head on the PG body.  WAIT ONE COTTON PICKING SECOND.  The head did not match the body!  When did Natalia's skintone change????  And why didn't I know?

I was lucky to have the body upstairs from Capricious Nat who is now on a NuFace body.  I ran upstairs, heated the heads again and did more transplanting.  Now I have CT on the Capricious body which does not have handspeak (but at least matches in skintone) and PG back on her original body.  But what am I going to do with Private Goddess?  I never liked this doll   I only purchased her for the handspeak body for CT.  And now she has been removed from box and undressed.   What a mess?! 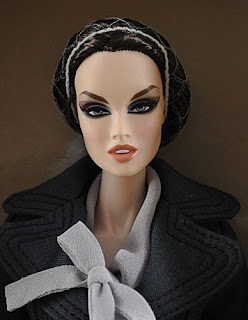 Also of note this week was that I took out Porcelain Beauty Kesenia.  I think my doll was one of the better produced.  Her forehead was not has high as many others (some called them a "five head").  Her eyes are beautifully done as is her faceup.  She also has the slightest hint of a widow's peak which almost made me keep her.   But due to limited space, she is off to her new owner, and is off the "consideration" list.  I sold 12 dolls since my last post, one of ordered dolls arrived and was debosed, and I moved Kesenia out of the queue.  The best news is that I made enough money in my sales to pay for CT.

Nat was taken out of the box within two minutes (much less two weeks) so I have followed my rules very closely this week.  She is staying and managed to snag up the recently abandoned ensemble from Porcelain Beauty Kesenia. 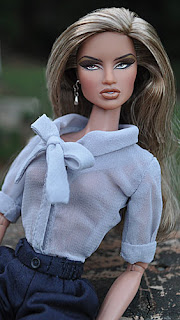 I'm getting a little Willie Nelson vibe on this blog.  I feel like I am taking control and am FEELIN' GOOD!

Everyone may notice some changes to my blog page layout.  My 5 Rules are now permanently on the left side, as is a list of the dolls that have joined my collection this year.  On the right side, I am keeping a score board.  This score board shows the numbers for dolls joining my collection, leaving my collection, sitting in limbo, or are in transit (via The Doll Page). 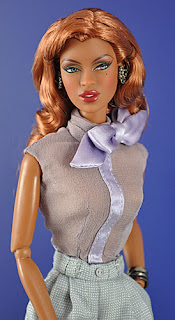 Bodacious is now sporting a beautiful handspeak body, compliments of High Brow Adele.  She is also wearing High Brow's outfit... which I think looks better on Bodacious anyway.  I tried to sell High Brow on a replacement body on The Doll Page.  Instead of making this sell, Johanna (Stinker's Stuff) offered to purchase just the head!  I am so happy that High Brow has found a new home.  I can't wait to see the future stories that include her.  AND ... I get to count this as support for Rules 1, 3, 4, and 5. I already collect FR dolls.  I paid retail for this doll.  She was taken out of the box within the two week limit, but I chose to not keep her and have sold the head.   Score 1!  Since she was a new doll, her sale cancels her out from the scoreboard.  She is neither an addition or a sale.

I listed 28 dolls on the The Doll Page over the weekend.  In addition to the Adele head, I have sold 7 dolls.  All of the Bratz, excludng Iden, are gone.  The Momoko has also found a new home. 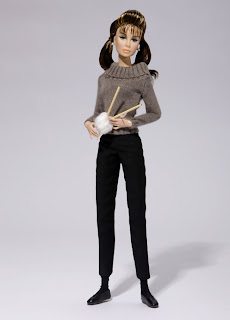 HOWEVER, I attended the Integrity Breakfast Event on Saturday morning.   I managed to stop myself from impulse buying (which could have been a total disaster).   I waited, carefully looked over the photos and thconsidered my decision.  I already own most of the clothing from Mattel, so it wasn't necessary to buy those dolls (even though I love the attention to detail here).  I ONLY purchased ONE doll on preorder.   The one above called  People Do Fall In Love.  (The photo is stock from Integrity.)  This represents clothing items that have not been produced to date and a version of Holly Golightly that was not included in the Mattel lineups.  It was different, is similar to Poppy and can share Poppy/Misaki clothing.

One fun thing that W Club members did for this Webinair is that they dressed up a doll of their own to attend the breakfast and posted a picture of it.  Here is Midnight Lace Gene doing her Breakfast At Tiffany's 2011.  Midnight Lace has quickly become a favorite here.  I was disappointed when I didn't win the lottery to purchase this doll in 2009.  Only 250 were made.  I waited, and my patience paid off because I found one NRFB on e-bay at retail price. 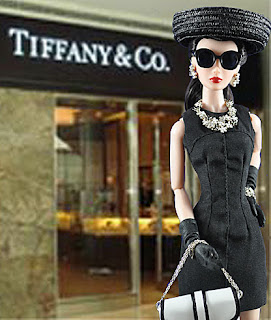 I enjoyed photographing Midnight Lace Gene so much, that I decided to go ahead and release her sister.  When the Mini-Genes were released by Integrity Toys they were sold out immediately at dealers (which is usually the case with most IT products).  I was disappointed because I really wanted Red Desire ... I LOVE MY REDHEADS. 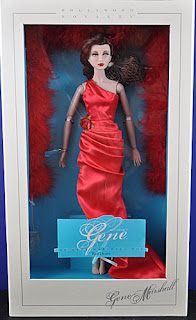 There were also only 250 of her made.  Found her on The Doll Page for retail price and grabbed her up.  She was purchased this year and has been in her box the longest of my 2011 purchases. 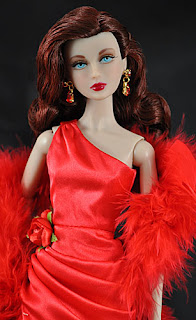 I really am glad that she has been released.   She is a definite keeper and I look forward to future photo shoots with her.  That hair is an extraordinary shade of auburn.


As I see it, eight dolls left my home this weekend (seven I can count as leaving).  I have 9 left to consider.  There are nine on preorder (five are paid for and there are 4 with deposits).  Let's hope the other dolls sell soon and no more dolls make an appearance.
Posted by Desperately Seeking Dolls at 9:28 PM 3 comments: