We Don't Need No Stinkin' Lashes

One of my biggest problems with Integrity dolls just happens to be one of the things I like best about them.  My favorite part of doll collecting is redressing and photographing my dolls.  These photos are magnified images of what the doll actually looks like in person; many flaws invisible to the naked eye become immediately obvious in a photo.

I cannot imagine trying to place an eyelash on such a small surface and getting it perfect. Unfortunately,  it's those eyelashes that can totally ruin a doll's face in a photograph.  If the eyelash is too low, too high, or crooked, it's enough reason to return a head to Customer Care.  It's the most disappointing part of doll collecting for me, personally.

Integrity Toys didn't always apply eyelashes to their dolls.   They started experimenting with these eyelashes in 2005, using them with their Atelier and Exclusive lines.   Prior to these lines, all Integrity Toys had naked eyes!   Some of these dolls remain in my collection today (although they've been upgraded to taller, articulated bodies).

Recently, my husband came up with a very good idea to help me narrow my focus in collecting.  He suggested I take photos of my dolls without any jewelry or clothing.  As he pointed out, "You're able to change the bodies; isn't it just the face and hair that is important to you?"  So I started taking "mug shots" of my dolls.   Even without applied eyelashes, these girls have managed to always make the cut.

The oldest dolls in my collection are from 2004.  Three are Veronique Perrin.  This is Diamond Dusted Veronique from the 2004 IFDC Convention.   She cost $125 and there were 500 in her edition. 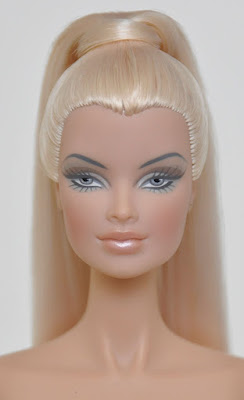 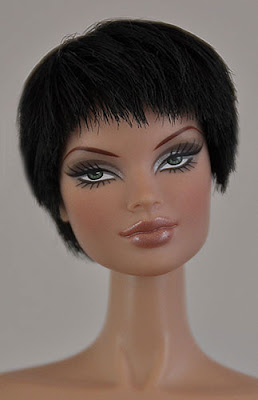 2004 was also the release of the Graphic Flirtation line.  I liked all of these dolls immensely and purchased all four of them.  Girl of the Moment was a My Favourite Doll Exclusive.  She cost $72 and was had an edition size of 1000.  She has the most intense ice blue eyes. 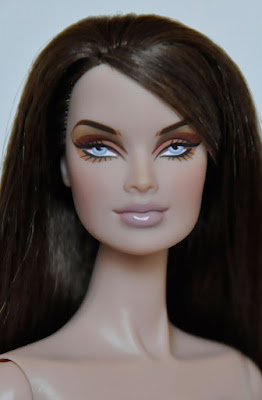 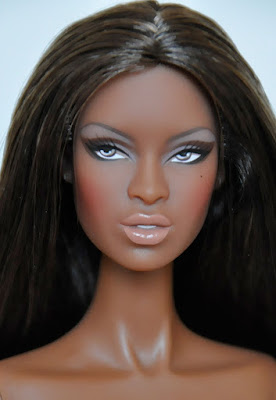 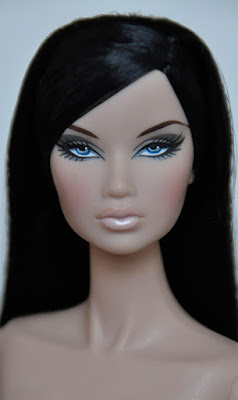 Vanessa Perrin (1.0) quickly became a collectors' favorite.  Unfortunately, Shock Bon Bon is the doll that helped coin the phrase "wonky eye".  Veronica Hage corrected the problem for me.  Even with the problem this doll's edition size of 1200 sold out quickly and she is still sought after by many collectors. They can't pick her up for the $60 price tag though. 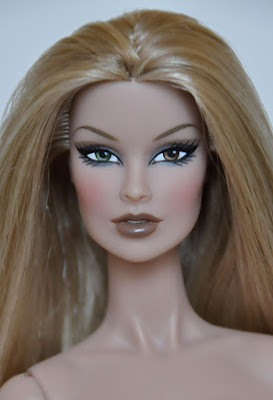 The last doll in my collection from 2004 is from the very first Integrity Convention.  She is Cosmetic Takeover Natalia Fatale (mold 1.0).   This is one of my favorite dolls to this very day.  She was the convention doll and only 300 were made.  (NOTE:  Her skin tone does not match the current Latina or Tan skin tones.  I had to rebody her to a Capricious Natalia body.) 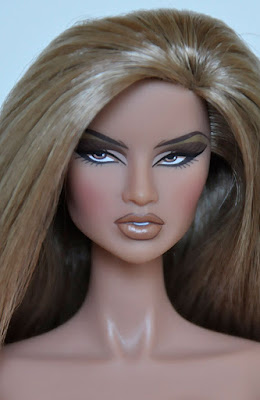 2005 ushered in another new character.  Age of Opulence Isha Kalpana Narayanan ($120/1000 edition size).  Again, it is very difficult to match this early Indian skin tone to a tall body.  My girl is using the Rare Find Isha body. 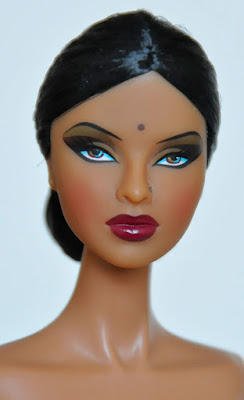 In 2006, Integrity Toys introduced a new, taller body for their dolls.  The first issue of basic dolls did not have eyelashes.  From this group, only Urban Antoinette Adele ($70/1300 edition size) still lives here.  I love this doll. 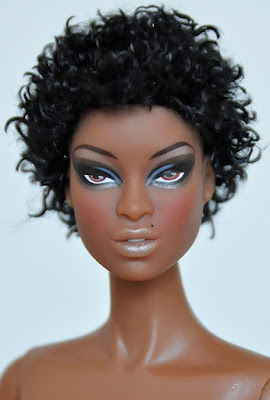 The convention collection from 2006 was also without eyelashes.  Sound Advice Veronique (now called Ondine) is my only OOAK doll by Vincent Tripani (Vin). 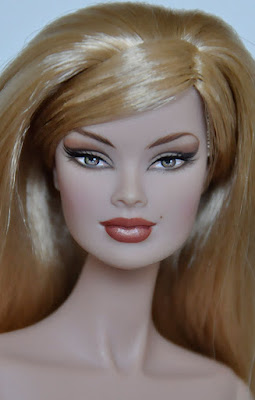 In addition to the regular FR line, I have two NuFace dolls that were released without eyelashes.  One is Paint In Black Colette Duranger.  She was a BIC exclusive and I remember thinking that $230 was a lot of money for a gift set (only 800 were made).  She was my contestant in the Pink Parlor Next Top Doll contest, so she will always be very special to me. 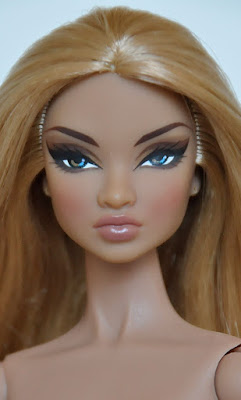 The other is another NuFace doll that I absolutely adore - Urban Outfitting Nadja Rhymes. 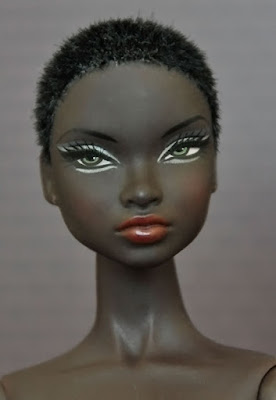 Excluding most of the Monogram line and some earlier NuFace dolls, only the Cult Couture group from 2007 was released without eyelashes.

There are only twelve dolls (eight different characters) without eyelashes living here:  1 Vanessa, 1 Kyori, 1 Natalia, 1 Isha, 2 Adele, and 4 Veronique, 1 Colette, and 1 Nadja.  I think they are beautiful.  They definitely don't need no stinkin' lashes!

BTW did you notice how many of these dolls show white under their irises?  When dolls started showing up with eyelashes, that white started bothering collectors.  I think the eyelashes reduced the amount of iris and exaggerated the white.  Just a thought ….