Although this doll was purchased in 2017, I am just getting around to deboxing her.   (Because she was purchased and listed as a 2017 doll, she will not appear on my 2018 sidebar list.)

I purchased Malefique Elyse Jolie by accident; I put in a ridiculously low bid on her and, surprisingly, won!   One of the cheapest convention dolls I've ever purchased on secondary market.   Now that I've spent time with her, I'm not sure why she isn't more popular.  She's quite extraordinary in hand.

I think I bid on Malefique because I was feeling left out of the recent fervor over the Jason Wu 10th Anniversary Exclusive dolls.   The exclusives were grabbed up immediately at times earlier than the advertised release period - which isn't fair but happens often.  Many of the purchasers/scalpers bought them with the express purpose of making money on them which is something I detest.   So, I have sat this whole mess out.

Maléfique Elyse Jolie was the Convention Exclusive given to attendees at the banquet, the last night of the 2017 Integrity Toys Fairytale Convention.  She represents Maleficent from Sleeping Beauty. 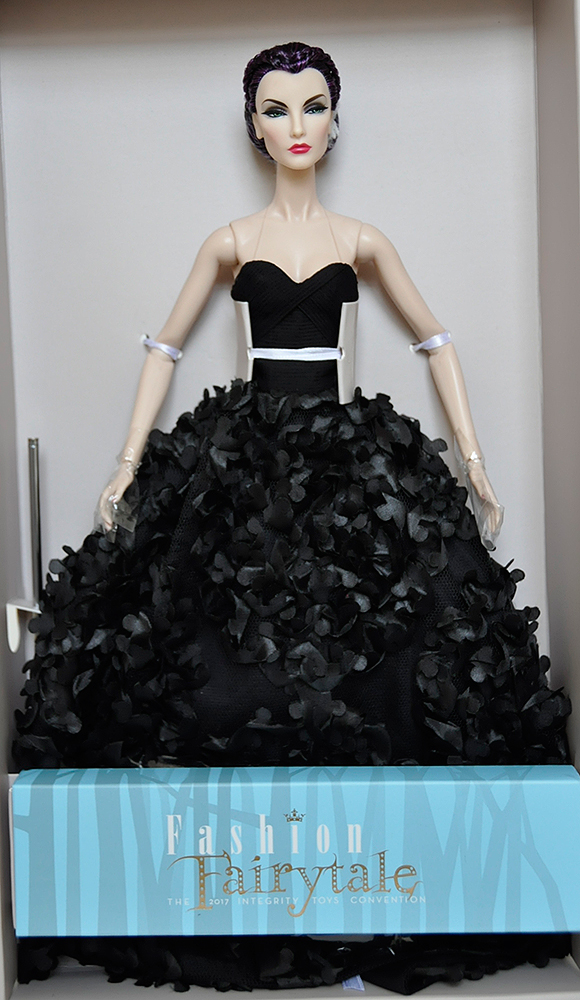 Here is a closeup.  Yes, she has purple streaks in her hair.  At first, I wasn't sure about this, but they aren't as obvious as I expected. 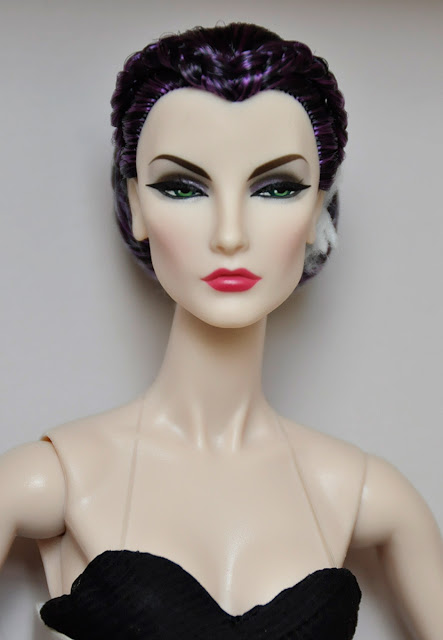 The accessories are one of the selling points for this doll.  The shoes are amazing!  They have red soles.  There is a tiny zipper in the back which means there are no ties nor buckles to fool with.  They weren't too difficult to put on either.  The jewelry is everything!  I love the enameling! 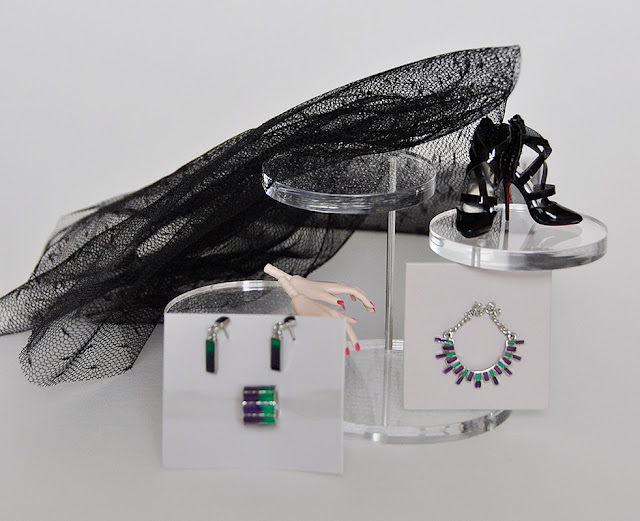 Here is a photo out of the box. 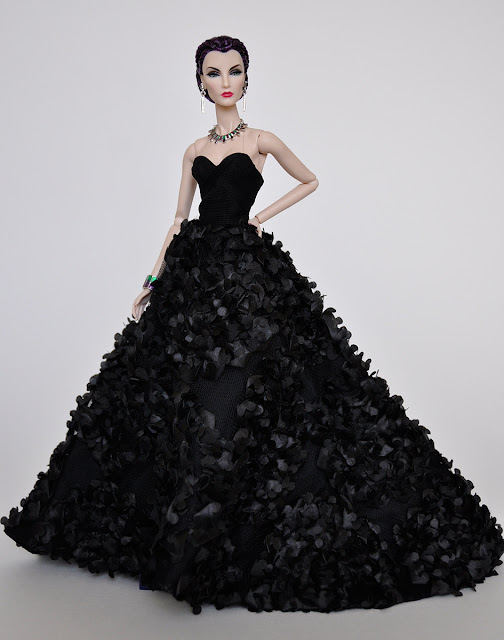 The dress is beautifully made.  How about with the veil? 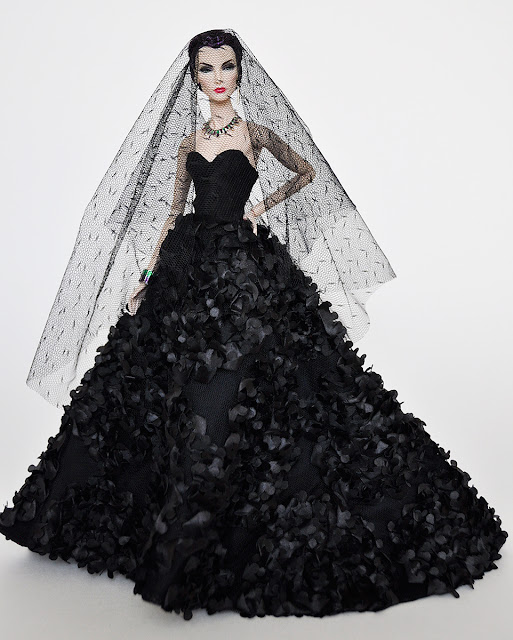 Now, that's an evil queen if ever I've seen one! 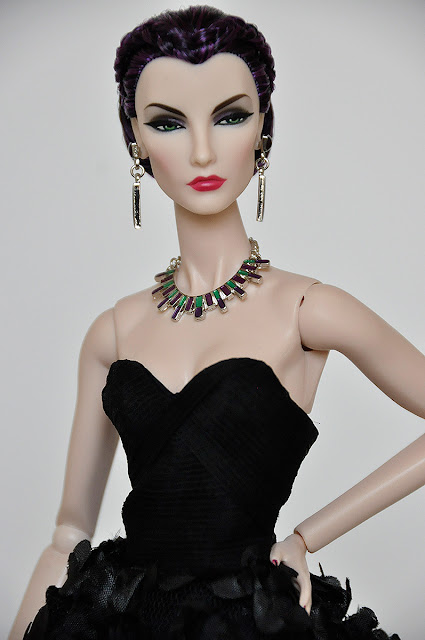 I really am quite impressed with this doll.  One of the reasons that nudged me into deboxing Malefique was that I've been waiting to see if anyone would pair the shrug from Vanity & Glamour Nadja Rhymes with Malefique's dress. 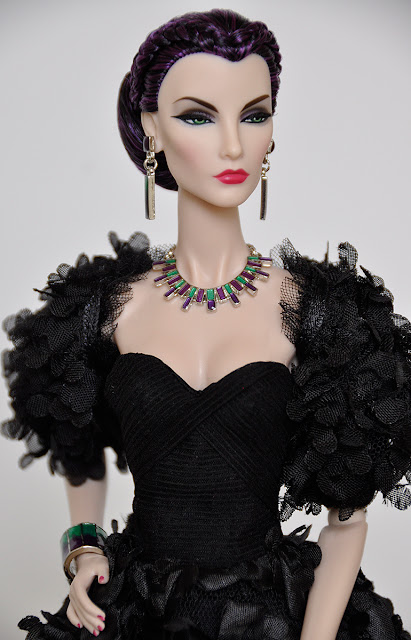 Now, that is delicious!   I believe the shrug makes all the difference in the world.  I immediately see Scarlet O'Hara.   Just look at those green eyes.  I'm not sure how Rhett would've felt about the purple streaks in the hair, but I bet he wouldn't have given a damn.

I believe one of the reasons Malefique is not so popular is there has been some comparisons between Malefique and the 2013 Convention Elyse, Midnight Star.  Midnight Star has always been one of my favorite IT dolls ever produced.  Here is a photo of the two together. 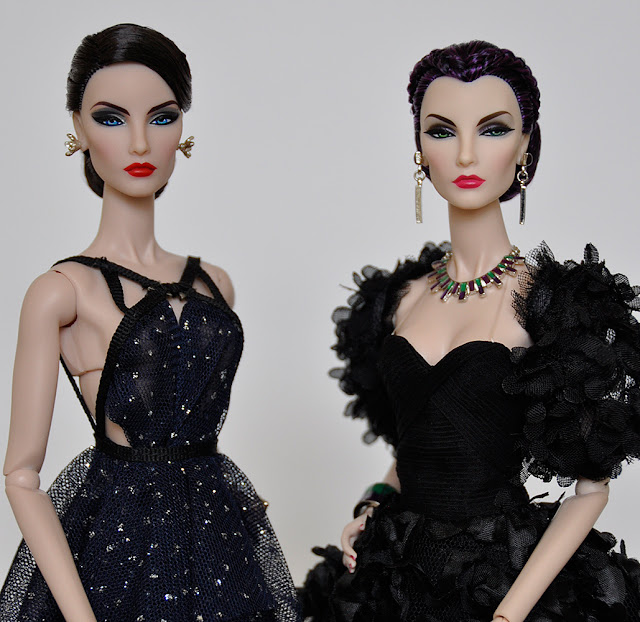 It's hard to believe, but I think Malefique holds her own against Midnight Star.  Dare I say, I may even prefer Malefique's faceup.

Another comparison is with Malefique's gown to the gown of 2010 Convention Dark Romance Giselle Diefendorf. 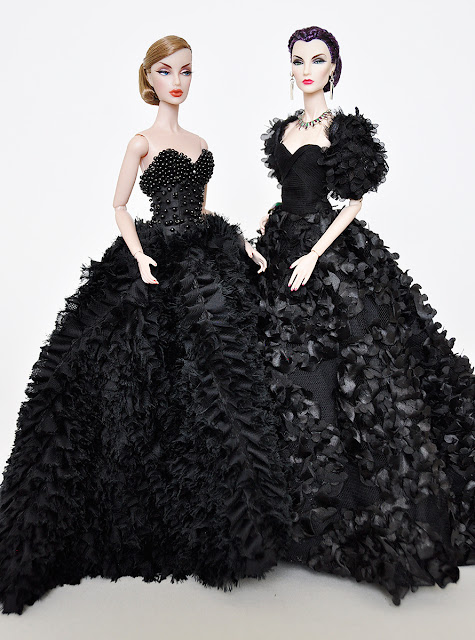 The gowns may be similar but they are very different.  Dark Romance seems to have shirring and a beaded bodice.  There is also a very high split in the skirt.  Malefique has those petals similar to the shrug.  There is also "splotches" of netting between them to give added texture and interest.  Again, I can't believe it, but I prefer the Malefique gown.  (It doesn't hurt that it actually fits the FR2/Nuface2 body.)

I believe Malefique Elyse Jolie will climb in desirability when more collectors start deboxing and redressing her.  I think she is quite amazing.
Posted by Desperately Seeking Dolls at 1:15 PM 4 comments:

I think it will help me organize my collection better if I label each purchase in my blog.  It took me a few weeks to debox this girl, but she was the first to arrive in 2018.

Everyone went crazy for this doll when she was previewed in 2017.  She was part of the mainline NuFace collection called "The Heirloom Collection".   She retailed for $120 and there were 725 dolls in the edition.  She was sold prior to the Integrity Convention, so she was the first blonde Nadja Rhymes, even though Sweet Dreams was the first to make it into collectors' hands.

I couldn't be happier with this "basic" doll.  (There really isn't anything "basic" about her!)

Here is a photo in the box.

Gotta love those hose (unfortunately mine had a little hole in them and I had to report it to Customer Care).   Here's a closeup. 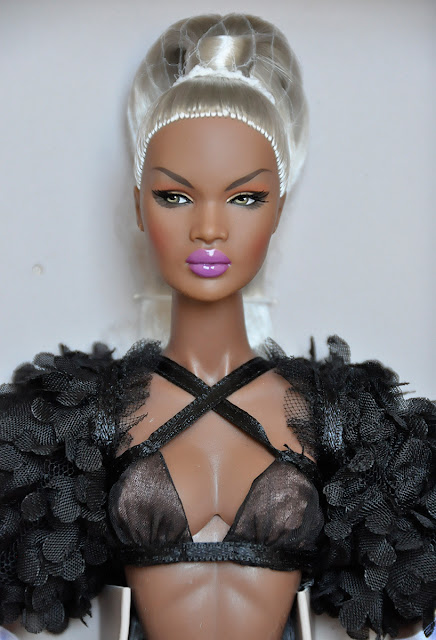 The makeup pallet is a little odd, but somehow it works.   Here are the accessories. 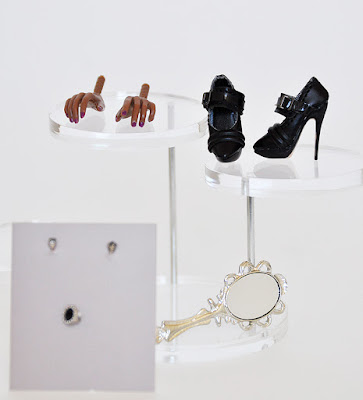 The silver mirror is Nadja's heirloom accessory.  I love the buckles on the shoes!

I have been a fan of Nadja Rhymes since the beginning and mold 2.0 hasn't failed once in production (there have been 5 releases). 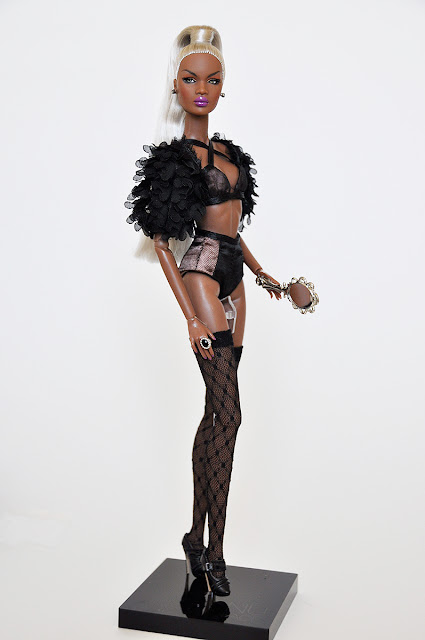 I own all five versions and am wondering which to let go; however, they are all very different from each other.  This girl takes extraordinary photos! 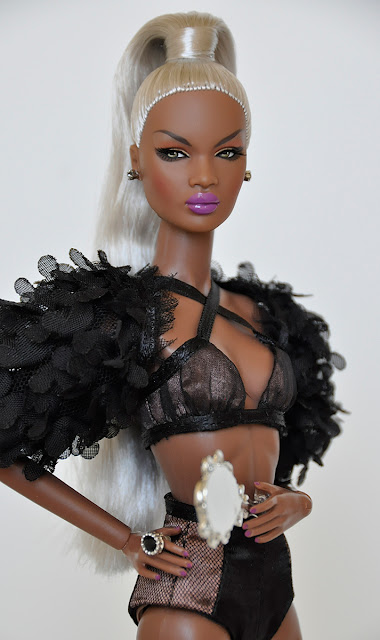 To support the Doll Diva Photography Challenge, I had to come up with a "Be My Valentine" picture.  Here she is wearing the Barbie Sweatshirt. 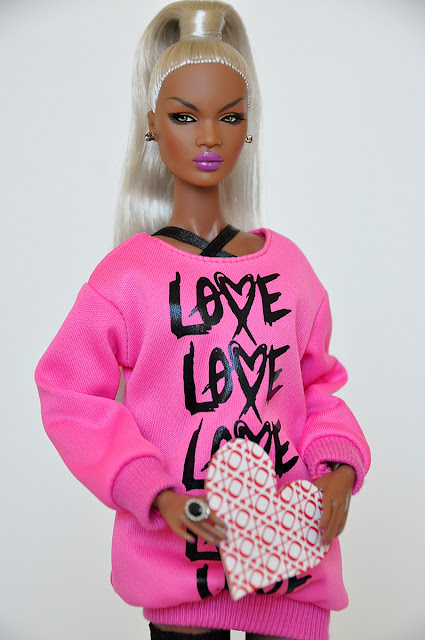 I think Vanity & Glamour is a wonderful start to 2018.
Posted by Desperately Seeking Dolls at 11:42 AM 4 comments: