With the flood of new dolls, the song "Girls, Girls, Girls" by Motley Crue keeps running through my head.  It seems, no matter how hard I try, I'm just unable to get a firm hold on my collection.

For those of you who have followed me over the past years, you know that my collection has been quite organic.  Even with my guidelines for collecting dolls, I sometimes feel overwhelmed.  I have narrowed my scope considerably, focusing on Ellowyne and dolls produced by Integrity Toys (IT).  Of course, like everyone else, I get an occasional "fix" from a play line doll, and I still haven't been able to let go a couple of my favorite Pullips.

As new dolls come in, I really have to consider them carefully.  I ask myself, "Can this doll replace one that is already here?  Does this doll bring something different to my collection?"

It used to be relatively simple to manage my doll collection.  Originally IT only produced a few doll lines and they could share much of their clothing.  Dynamite Girls, Poppy Parker, and Misaki swap out ensembles readily.   NuFace and Monogram often shared with FR.  (Remember when Mattel was producing nice clothes that IT dolls could borrow??)

Add to that the convenience of selling dolls on The Doll Page and it was quite an enjoyable hobby.  Dolls were produced in edition sizes that allowed a collector to move their collection along.  It was easier to be financially fiscal with your collecting habits.

I find myself trying to be more selective and have made a few mistakes along the way.  I try to resist purchasing dolls on secondary market (excluding convention items).  The edition sizes are becoming ridiculous as more and more opportunists have joined as scalpers - the latest releases at 1200+.    It's difficult to take a chance on the purchase of a $150 doll when it can't even be sold on secondary market at original retail.  (Not to mention e-bay, paypal fees, and shipping!) When you are selling dolls to pay for those coming in, you find yourself losing money as you have to sell two or three dolls to pay for the new one.

Add to that how quickly the lines are being released and it takes my breath away.  The  Heirloom Collection of the NuFace line went on sale before the last doll of The Reckless Collection arrived!

Within the last few weeks, 7 dolls have shown up on my doorstep!  I haven't even deboxed one because I feel so overwhelmed (Not to mention that Fresh and Delightful, Total Betty, and Mad Love are still in their boxes as well.)   Let's take a look!

Let's do FR2 first, starting with Fresh and Delightful Veronique Perrin.  This doll was the last doll from the "Delicate Bloom" collection of 2016.  It was originally stated that this doll would use the "water glide decals" for her eyes.  I believe the actual production doll did not.  She was produced to order on the W Club and many members were reluctant to take a chance on her.  I'm glad that I did. (Hopefully, I will be able to do more complete reviews of these dolls soon ...) 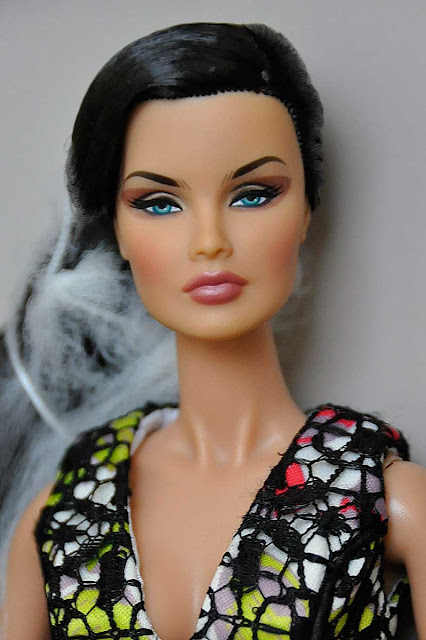 This doll combines the forward glancing eyes of Breaking The Mold with Sweet Smell of Success and Breathless.  Surprisingly, I think she may be my very favorite version mold 2.0. 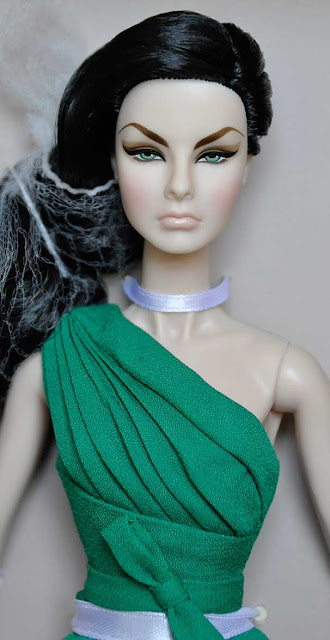 Again, I see elements combined from past versions.  Although not quite as dramatic as High Gloss or as polished as Silver Zinger or Intimate Reveal, Riviera Drama can fill that void for collectors who do not own the other versions.  I actually like the green eyes! 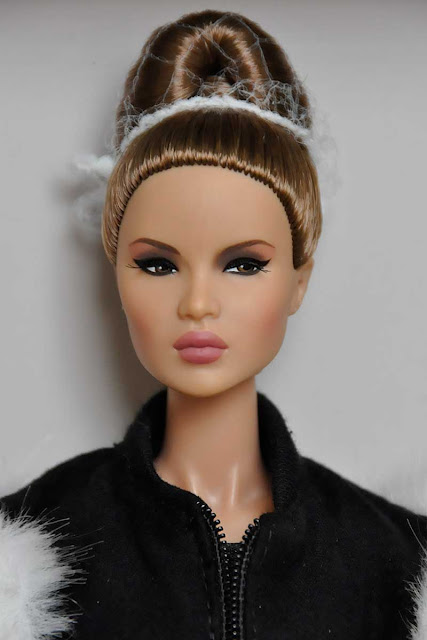 She is probably my favorite doll from the Reckless Collection.  This is the first time we've seen the new Ayumi mold in this skin tone.  The face up is amazing.  She is often compared to model Chrissy Teigen.

Next up is Mad Love Rayna. 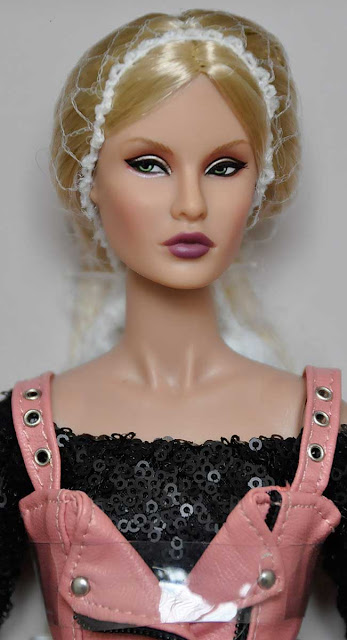 I own every version of Rayna.  Many collectors were not happy with the extreme side glance, but it is a very different version of this mold.

The last doll in this series just arrived.  Although I wasn't lucky enough to win Trouble Eden in the W Club lottery, I was fortunate enough to get her nude at a reasonable price. (Personally, I prefer this doll to Style Mantra, the other red haired version.  I think it is primarily due to the fact that I am not a fan of the layered cut on SM.) 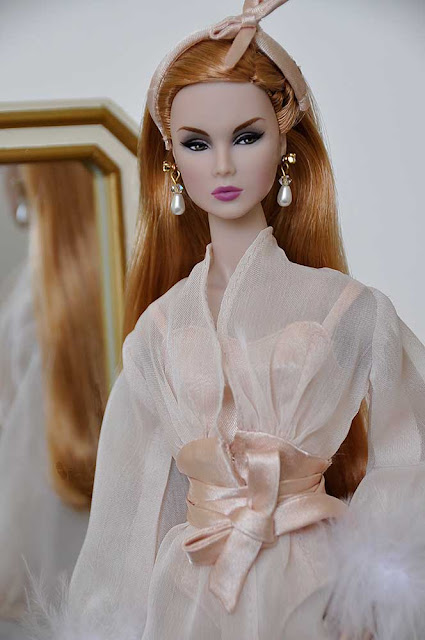 The twins are always popular.  Using the W Club purchase opportunity for Smoke & Mirrors Lilith was a no brainer.  I believe most collectors agree that she is the preferred twin this time around. 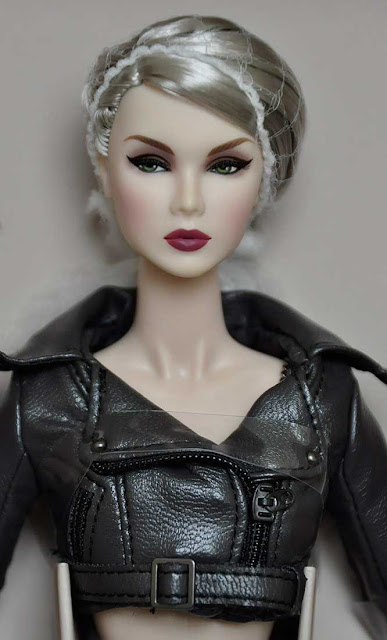 I am surprised that I am alright with the mulberry lipstick, but it works great with the silver hair.   I even like the smoky gray "leather" more than the black version.

Next, is the second doll from the W Club upgrade.  The NuFace upgrade was Majesty Giselle. 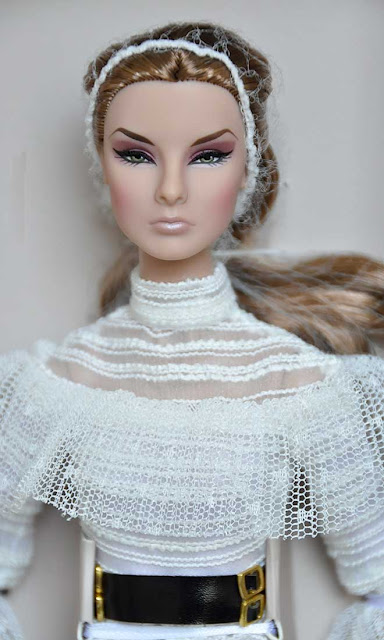 For some reason, I'm not terribly impressed with this version; I'm not sure why.  I have seen some gorgeous photos of this doll redressed.  She may be one of those dolls that need to be released and played with a bit to "come to life".

Now, it's "Poppy Time"!   After such an impressive year in 2016, I didn't think IT could keep the momentum.  The last doll of the 2016 collection arrived a few weeks ago; First Taste of Champagne was a W Club Exclusive. 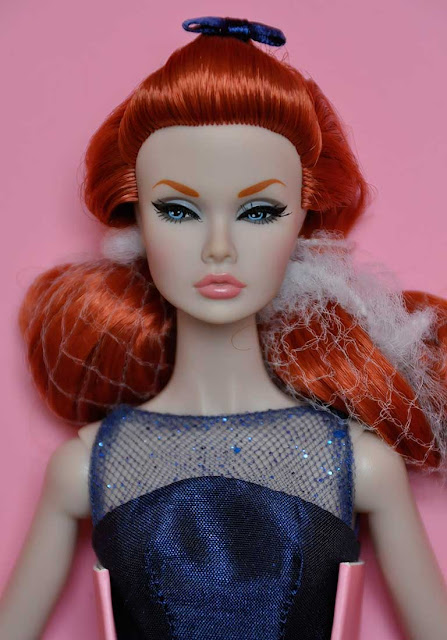 I was reluctant to purchase this doll, but I was afraid I was missing something from the promotional photos.  This doll reminds me of a "formal" version of Traveling Incognito which is one of my favorite dolls.

Next up is the W Club Poppy upgrade doll, Popster. 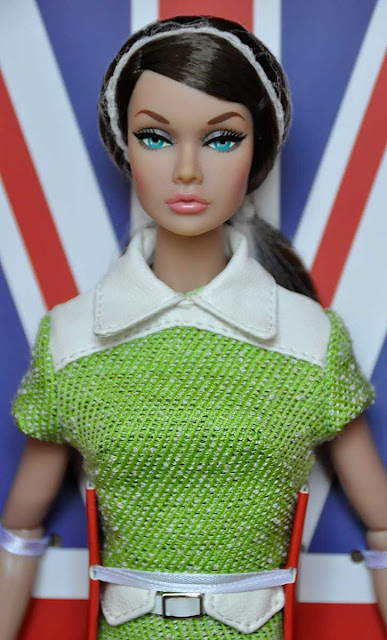 I really do adore this one.  She's so cute.  She sort of reminds me of the earlier Misaki dolls.  I really like a doll that requires minimal hair care!  There is a lot of play value here.

And the last Poppy to arrive here is Welcome to Misty Hollows.  She is another W Club Exclusive. 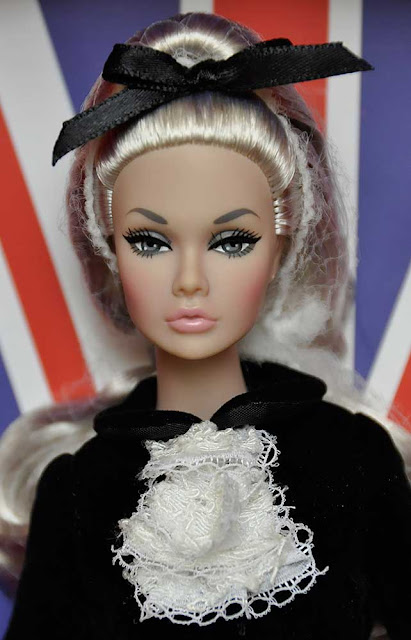 This doll just pushes all the right buttons for me.  I can't say enough about how much I love everything about her.  There is so much expression in the screening.  It's obvious that Poppy plans to keep the center stage again this year.

I've not been very lucky with W Club lotteries over the past few years.  For some reason the IFDC dolls were not very popular with collectors this year.  Even though a "few were reserved" for the W Club, it seemed like there was a large number of winners for each doll.

The only doll from the IFDC collection that I was interested in adding to my collection was Feeling Wild Giselle. 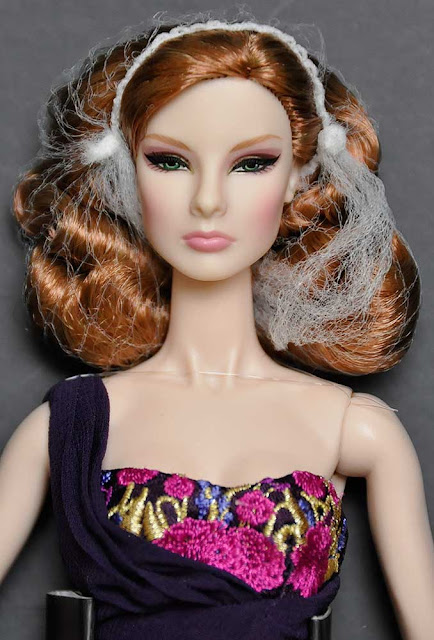 Feeling Wild is like a supercharged version of Giselle.  She's so mature and regal.  I LOVE this doll.  She may be the first to be released from her box.

That's 10 dolls still in their boxes that have arrived since this spring.  Seven of them are exclusives from the W Club and Feeling Wild was W Club Lottery win of an IFDC doll.

Why do I feel so overwhelmed?  How about the fact that I have 2 Poppy Parker, 6 FR2, and 2 NuFace on pre-order with my dealer?  And the convention collection hasn't even been released!

I must give credit to IT though.  Many of the production and quality control problems of the last couple years seem to have gotten under control.  The screenings are better, hairstyles nicer, eyelashes better placed, and clothing better constructed.  Obviously they are back on track ... but I am left feeling like a "runaway train"!