I've had a pretty good run on doll sales recently, so last night I sat down to figure out how many of my dolls have found a new home this year.  I was surprised to find that 25 dolls no longer reside here.  I know ... I know ... other dolls have come in!  But not at the rate they have left this year.   I am down to only one Tonner doll and one full size Gene doll.  I have also decided to drastically reduce the number of Hommes living here - selling six so far from my collection.

This morning I decided it was time to stop the Monster High madness.  What is so appealing about these dolls is the attention given to smallest details and the extreme amount of creativity, even in the packaging and marketing.  For example take "Operetta" - the daughter of Phantom of the Opera.  It says, "Hiding behind a mask of perfection."  She is rockabilly and so vibrant! 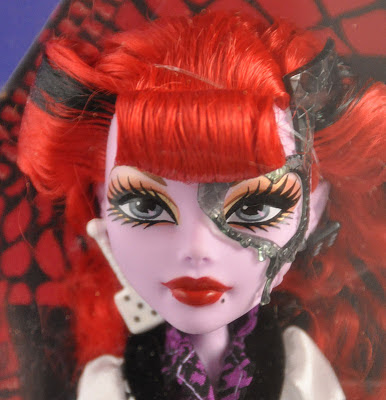 These dolls were created as students in a high school setting.  As a teacher, this also appeals to me.  How many of us remember having to take Home Economics in High School?  How many of us wish we had been clever enough to call it "Home Ick"?    That's what Frankiestein thinks - with her odd colored eyes.  My Home Ec teacher in High School actually did have two different colored eyes, so this doll had a special memory for me. 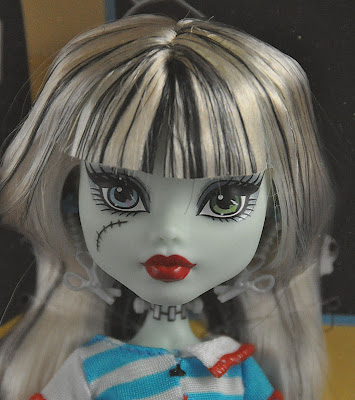 They even have male dolls.   How about Jackson Jekyll? 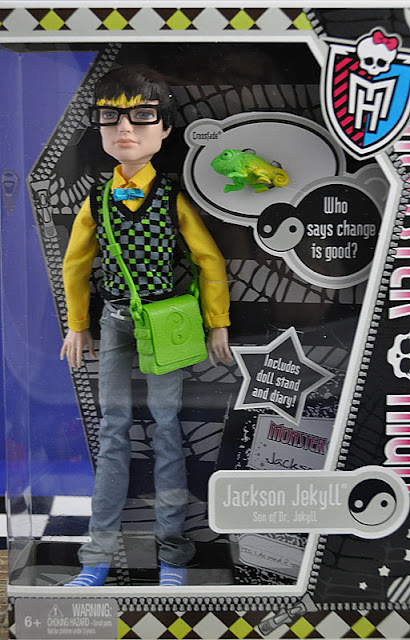 When I got these dolls out to sell, I decided to check the ending E-bay prices to determine what I was going to ask for them.  You can't imagine my surprise at what some of the earlier dolls are selling for.  This Lagoon Blue has been selling for over $100. 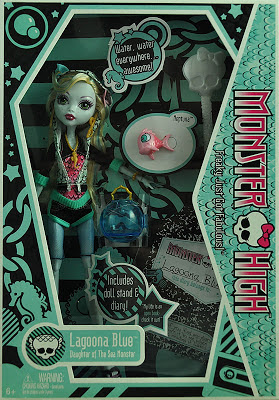 It's probably this adorable face full of freckles. 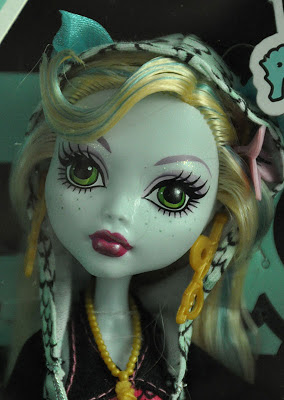 Toralei is also a big seller.  She's the daughter of the Merecat. 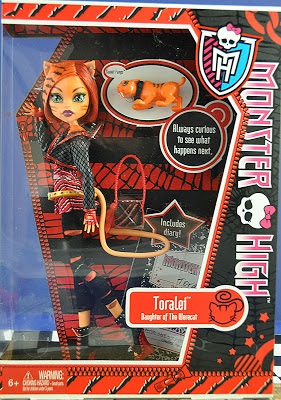 Another is C.A. Cupid.  Look at those lips! 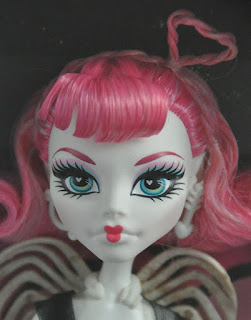 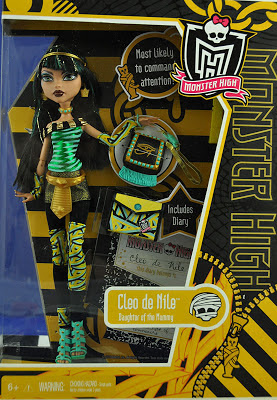 The "Dead Tired" version is very sought after - just look at the face and you can understand why. 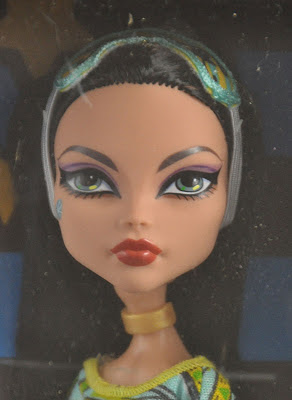 One of my personal favorites was one of the least expensive ever released.  She cost $4.88 at Walmart and she is the Skull Shores Version of Frankiestein in black and white.

When I started buying these, I decided I would limit myself to one of each character.  BUT they keep adding new characters!!   I have gotten to where I won't even let myself go near the Monster High isles at Walmart, Target, or Toys R Us.  The last time I did, I almost purchased $100 worth of them ... I had to stop my cart, turn around, and put them back.   So, it's time for them to find new homes ... they'll be coming to a Doll Page Ad near you.  (If interested, follow this link: http://www.thedollpage.com/ads/searchresults.php?owner=210   - mention that you are a follower of my blog and get 10% off your purchase of any Monster High doll.  Spend $100, after discounts, and I'll throw in free shipping!)