The Fiery Reds of Autumn

I was at a shopping center yesterday morning and noticed that the maple trees were putting on quite a show.  They are the first colors I've seen this Autumn.   Fall is my favorite season of the year.  For some reason, I think of the Sex And The City episode where Carrie wakes up and has to put a blanket on the bed.  (I love when the first chill fills the air.)   Then Carrie goes to see Big and he puts on the LP Moon River.

So, I've been in a little bit of a romantic mood this weekend.  I had recently ordered some clothing from Clear Lan.  I decided my Fiery Redhead Erin was the perfect model.  I just love this .... 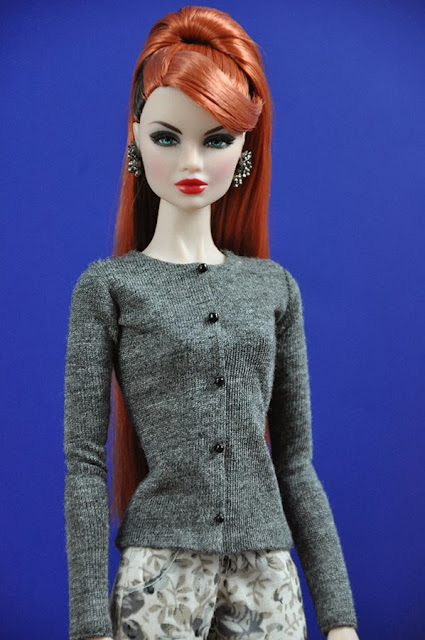 Two posts ago, I wrote that I had made enough money selling my Dynamite Girl/Guy collection to purchase the Platinum AFL Vanessa.  I thought I still had enough money in my Paypal bank for one more doll from my "Grail List".   However, I was actually able to acquire two dolls.  I am only going to highlight one of them this weekend. 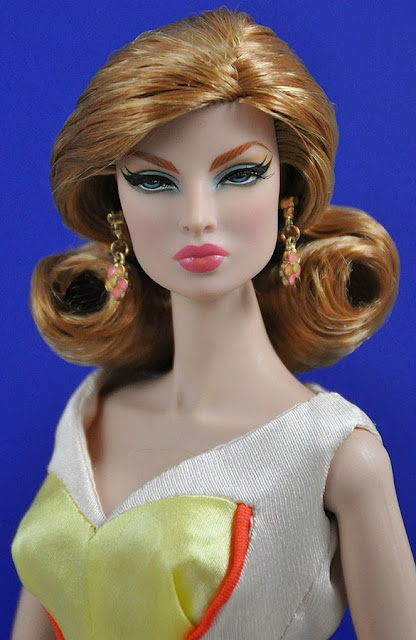 This doll is very difficult to find on the secondary market, but I was very fortunate to find one at really good price recently.   Her edition size was only 75 as she was given to individuals who helped out as table hosts, workshop organizers, or supported the Integrity Convention in some other venue.

Such a beauty for Autumn.   I'll probably relax her hair some time in the future, but she's just so classy looking right now.  I should've spent more time redressing her, but I wanted to see how she looked in High Profile's gown.  Can't you just hear Moon River playing in the background?