I am doing my countdown a little differently this year.   Since there are so many different Integrity Toys (IT) lines that have somehow managed to suck me in, I am going to do the lines separately.  Trying to combine the lines into one countdown of 10 was just too confusing and exhausting!

The Industry is IT's newest line of dolls.  A little history ...

The Dynamite Girls line was a staple of IT Conventions (2007-2014) and even introduced the Style Lab "Build a-Doll" concept in 2011.  You could buy a nude doll and dress it from options available only in the Style Lab.  It was a very popular concept.   In 2012, IT replaced the DG Style Lab with a new line called Color Infusion (CI).   The CI dolls were noticeably larger, especially their hands and feet.  Many collectors were hesitant to get onboard, although some purchased dolls and rebodied them (me included).  CI only served as the Style Lab line for four years (2012 - 2016).

Many collectors missed the Dynamite Girls and the Color Infusion line wasn't selling as well as expected, so IT decided to start a doll line in 2016, The Industry, with a similar size body to the final version of the DG dolls.  There were only two dolls in the original line using the same new mold, character Tulabelle.  It got a lukewarm reception.

In 2017 IT added two new female characters to the line (Binx and Liu Liu) and included four males (Tate, Cabot, Milo, and Daley).  The 2017 Style Lab even included the Poppy Parker mold on The Industry bodies (no ankle joint!).  Saying the 2017 Style Lab was a sensation would be an understatement.

In 2018, IT introduced three new female characters (Janay, Alysa, and Jade) and a new male character (Bellamy).   IT started moving characters from other lines into The Industry fold! 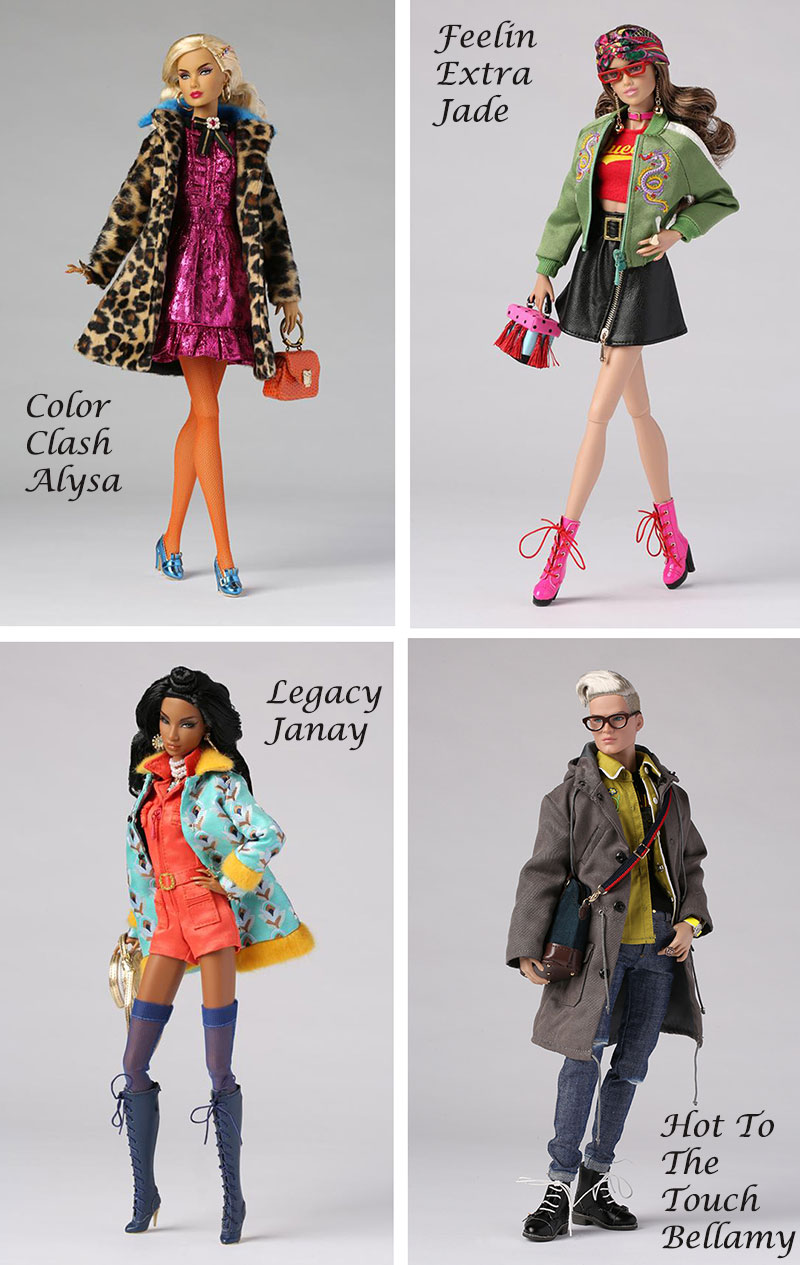 Everyone was very eager to see what the 2018 "Luxe Life" Convention would have in store for the Style Lab line.  Although there were photos, the actual dolls did not make it to the convention - apparently they were delayed in customs.  (I think this must have been horrible for convention attendees.  Many collectors opt to purchase the convention line ahead of time and have it shipped to their home following convention, using the Style Lab dolls and clothing for redress and play at the convention.  This year that didn't happen, and it ruined a lot of the creative fun of combining dolls/ensembles and sharing photos with the general public.  Not to mention there is usually a whole block of time set aside to spend browsing and shopping in the Style Lab.)

There were six nude girl dolls that could be purchased - Janay, Alysa, and Jade (molds already introduced earlier in the year) and five new characters - Gavin, Rufus, Lark, Ellery and Hollis.  Also included were two nude male dolls - Bellamy and Milo.   Each doll was paired with individual ensembles that had to purchased separately.  The whole concept was very "street smart".

I actually purchased four of these ensembles (photos property of Integrity Toys):

1.  Cherry Bomb Fashion - So many individual items that will mix n match wonderfully.  Imagine the top with the silver pants below! or the shorts with the denim boots! (The doll is Lark Lawrence.) 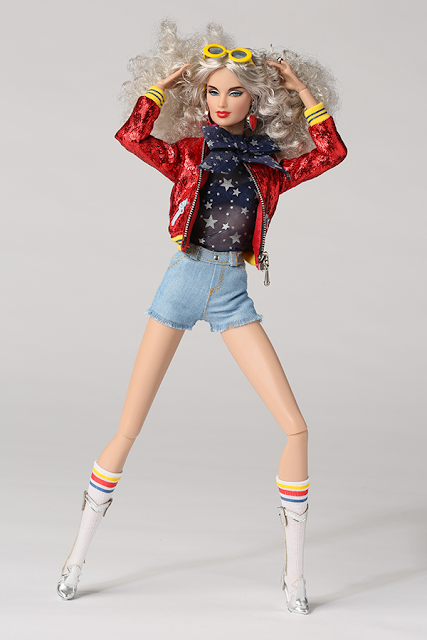 2.  My favorite ensemble, Punk Rock being worn by Rufus Blue. 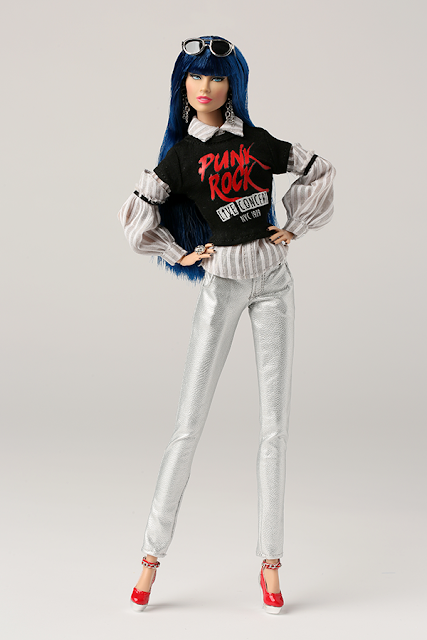 3.  I had to own those denim distressed boots!  This is Not Your Puppet with Janay. 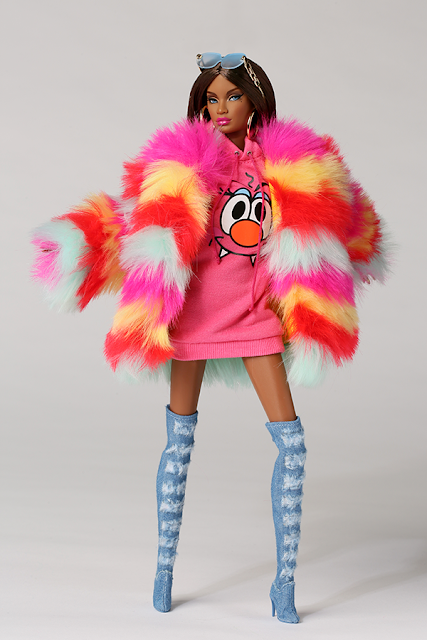 4.  I really wanted the sweater from the next ensemble, but I found the dress to be quite nice.  This is Glitterati worn by Ellery Eames. 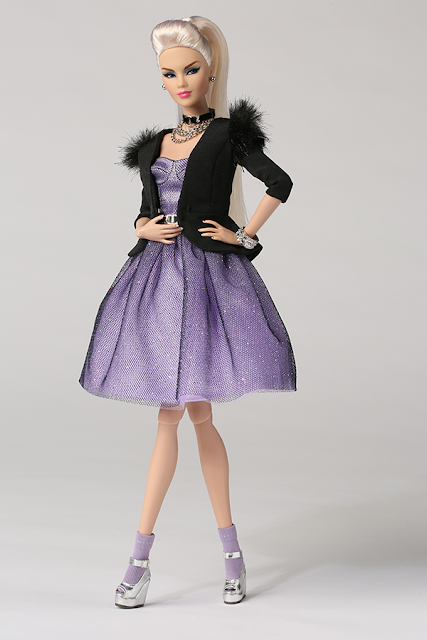 The remaining six dolls are below:

I also purchased both accessory sets.  The first is called Skirt The Issues. The second one is Top This. 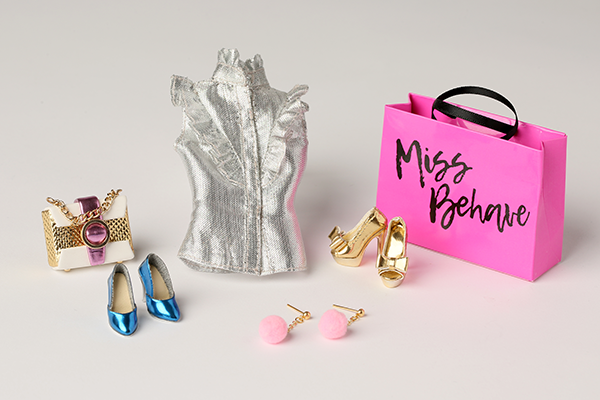 For me personally, this could've been the best part of the whole convention.  Too bad, customs wouldn't release the items.

There is currently a conspiracy theory that IT withheld the Style Lab on purpose.  Collectors could order the entire Style Lab line in advance.  This would guarantee them a special Poppy Parker, released for the first time in a cream skin tone.  It turns out this Poppy Parker, aptly named Miss Behave, was deconstructed and each body part and ensemble piece was included in a different package from the Style Lab!  You had to purchase the entire line to complete the Poppy and ensemble. 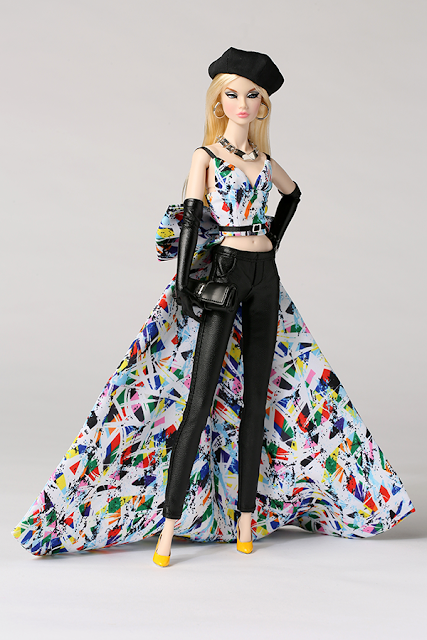 This is one of the most desirable dolls of 2018!  She is selling on secondary market for over $500.  Some collectors have mused that, had the Style Lab been present for purchase, buyers would've quickly figured out which item had the Poppy head and focused on that one item.  For me, I think the individual ensembles are pretty amazing and would've sold out regardless!

The collection sold very well.  In fact, it is now completely sold out.  There were only 400 in the edition size.  I was able to snag the top with attached train at a great price.  I decided to try and recreate the look as best as I could on my own.  This is one of my favorite dolls from last year, Poetic Beauty Lilith wearing my recreation. 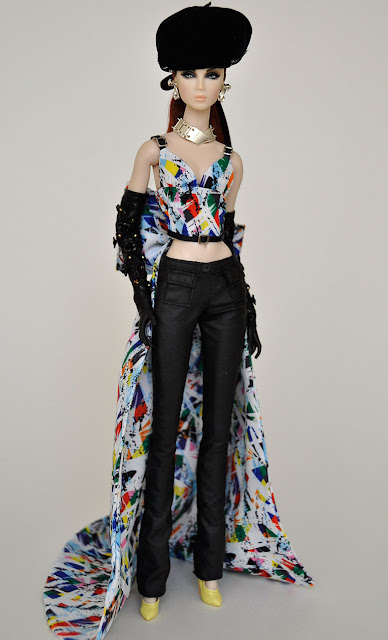 So, which doll from 2018 is my personal favorite?  That was an easy choice for me.

Best The Industry doll for 2018 is Hollis Hughes. 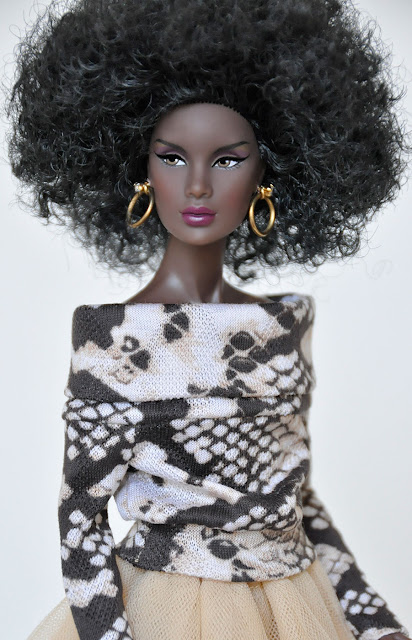 I love the skin tone combined with this hair and face up.  My dolls were told they had to dress appropriately for their "Best of" photos this year. 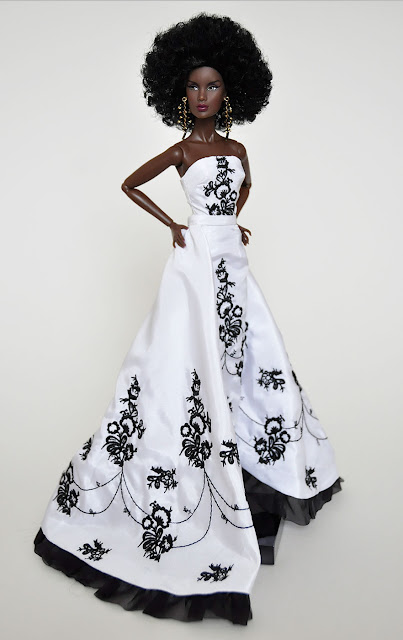 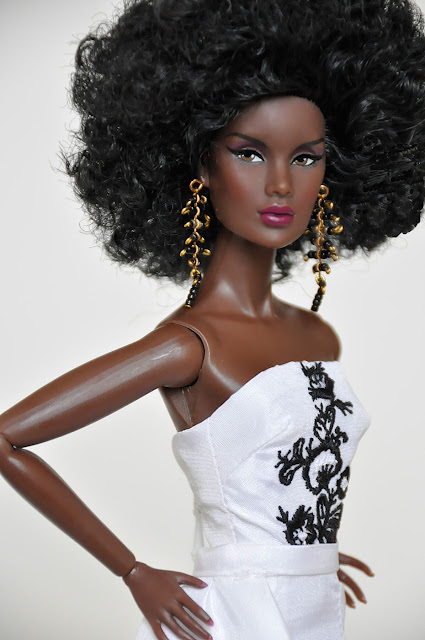 Hollis Hughes looks great in so many different ensembles!  She definitely deserves the title "Best The Industry Doll of 2018" and Number 17 of 2018 in my collection!

... Before the Countdown Begins

This has been the strangest collecting year for me.   I decided that I simply would no longer allow myself to be stressed out by my hobby.   I did some very serious re-evaluation and came to some startling discoveries.

1.  I realized I had been "cheating" on my guidelines.  I had so many dolls coming into my home in previous years that I wasn't listing them all.  I rationalized this by telling myself, "If they may not stay, I shouldn't add them to the list."  As long as they were NRFB, in the closet, and in the "consideration" stage, they were in Limbo Land.  This freed me to buy as many dolls as I wanted without any accountability.  Good for me, right?

2.  But bad for my bank account.   After remarrying, my husband and I focused on getting out of debt as part of plan for upcoming retirement.  We got very serious and cut out many luxuries from our lives.  We both actually paid off all of our credit cards!  Somehow over the past three years, I had gotten myself back into credit card debt to the tune of several thousand dollars.  ACK!  I decided to sell a lot of dolls that weren't being enjoyed.  By July, I had paid off my credit card and haven't carried a balance since.

3.  This made me make some major collecting decisions.


This put some serious restrictions on purchases.  This is one of the reasons that several dolls released in 2018 will not appear in my countdown.
EDIT:  One of my Christmas gifts was an empty box with an "I.O.U." in it from my husband.  He explained that he had purchased me something that didn't get delivered before the holiday.  It arrived this week and was Public Adoration Eden Blair, so she may appear in my list after all.
Do I regret my decisions?  Not at all.  For once in a very long time, I am beginning to feel more in control of my hobby.  I am less stressed and happier with my choices.  All of the dolls I added to my collection this year were purchased at original cost (or less than $50 over retail).  Using e-bay coupons, I was even able to add a couple dolls to my collection that I had missed over the years.  I have managed to actually put some money in my savings account.  I was able to be more generous this Christmas with family and friends.  It feels good!


Posted by Desperately Seeking Dolls at 8:45 AM 4 comments: